On our last visit to San Francisco we hadn’t visited Alcatraz, so everyone was looking forward to today. We started the day with another huge breakfast, more than enough to see us through our time on Alcatraz as it’s a no-food island. Even though this is low season for San Francisco, the boats to the island were packed. It takes no more than 15 minutes to sail to the island, so we were there by mid-morning. 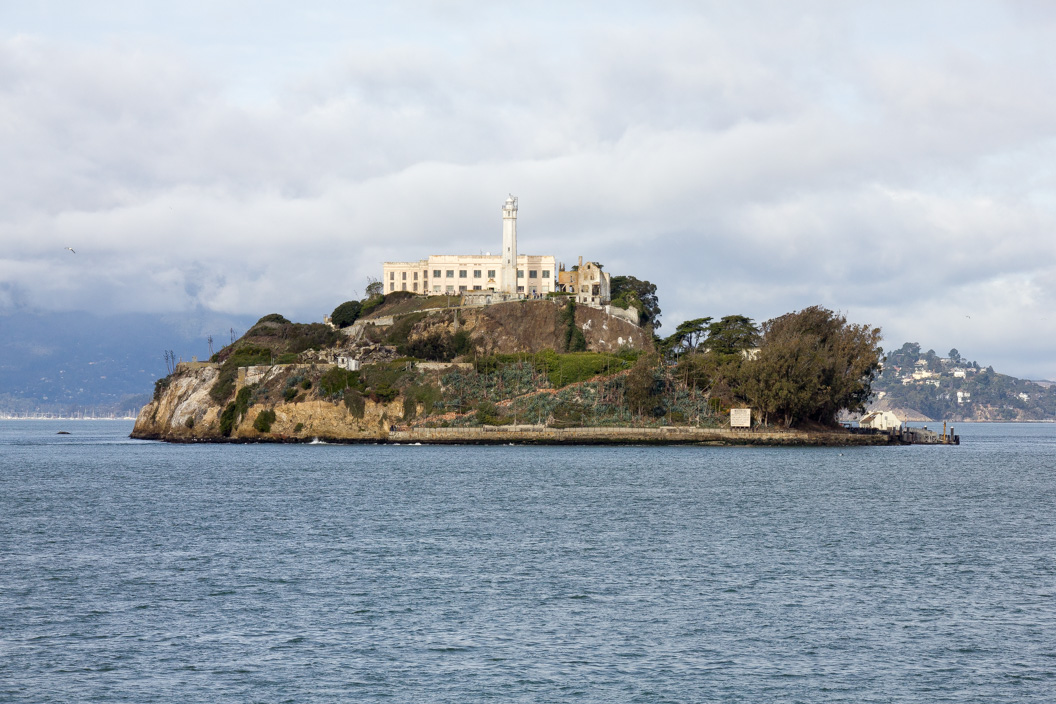 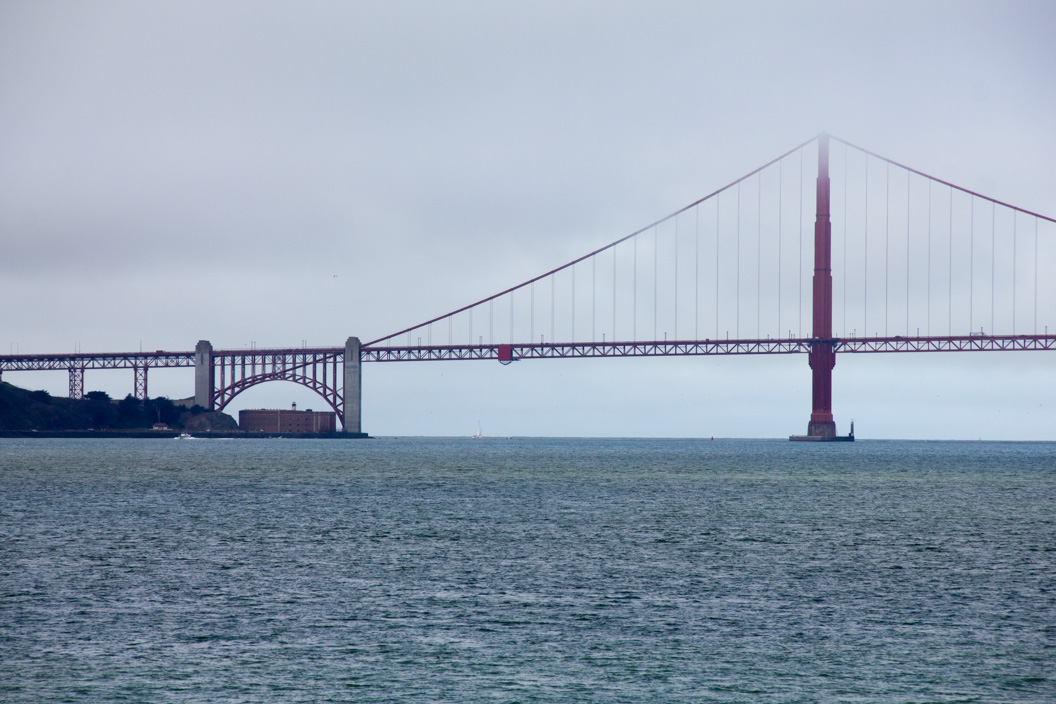 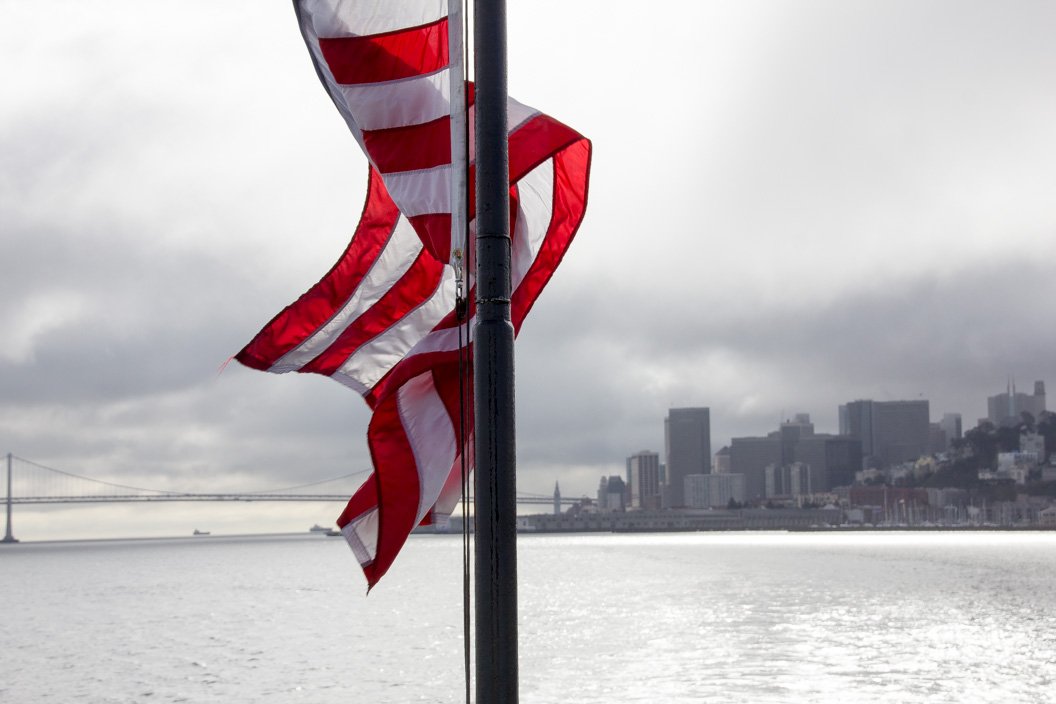 The actual island was more attractive than I expected, with several garden areas. The same can’t be said for the buildings, which were functional but pretty horrid. The main attraction on the island is a 45 minute self-guided audio tour of the cell house. It took us through the cells and communal areas like the dining room, library and recreational area. The tour had great sound effects and was narrated by ex-prisoners and staff. It made for a very real experience and you could really imagine what a grim place it was. Escapes and unrest were described in lots of detail – we could even see the grenade marks in the floor from the Battle of Alcatraz in 1946. 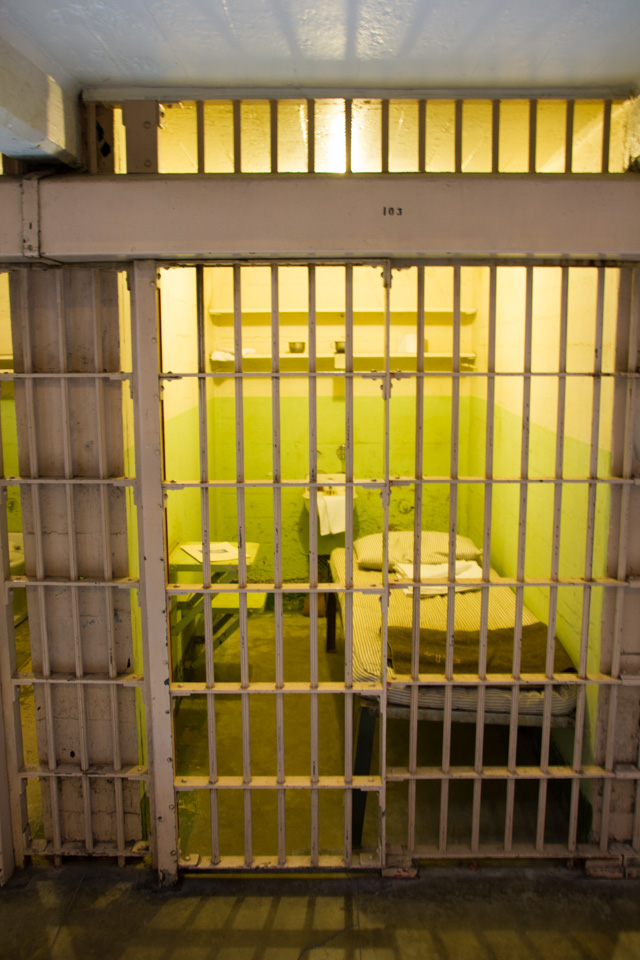 It’s a bit weird to think that an old prison has become such a major tourist attraction, but it was really interesting. The views back to San Francisco were pretty impressive. I think that must have been the most awful thing about being a prisoner there – looking out each day at normal life so near but so far (unless you misbehaved and were put in insolation, in which case you saw nothing except the inside of the notorious D wing….) 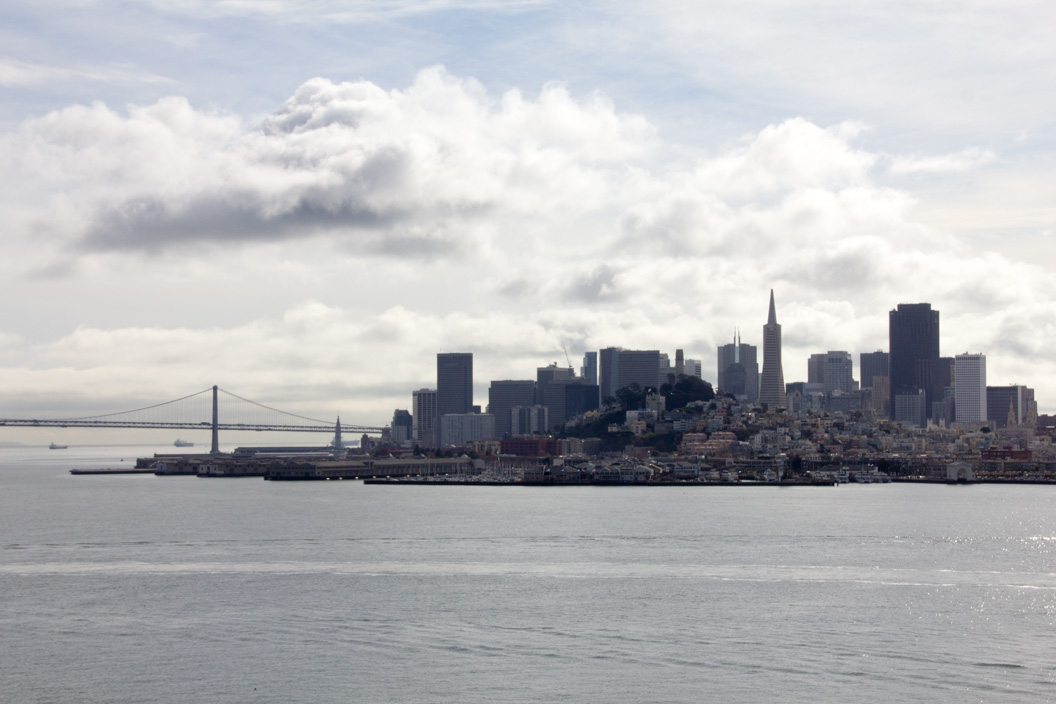 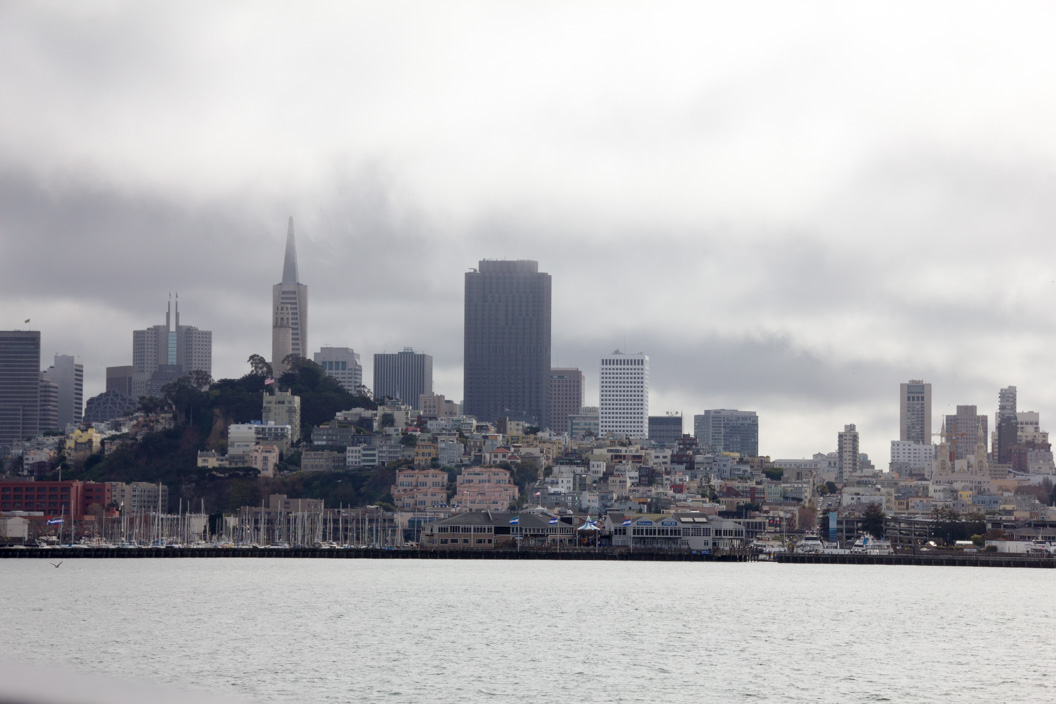 We caught the 1pm ferry back to the mainland, and headed for Pier 39. It is probably the biggest tourist trap in San Francisco, but super attractive to kids. Ours were no exception and loved spending the rest of the afternoon there. Anna had to ride the double decker carousel for old time’s sake as she had such fond memories of the last visit. Matt was more interested in the fudge and puzzle shop. We also visited the Aquarium of the Bay, a bit like Kelly Tarltons. It wasn’t the biggest aquarium we’ve been to, but it had lots of great fish and was included on our Citypass ticket. 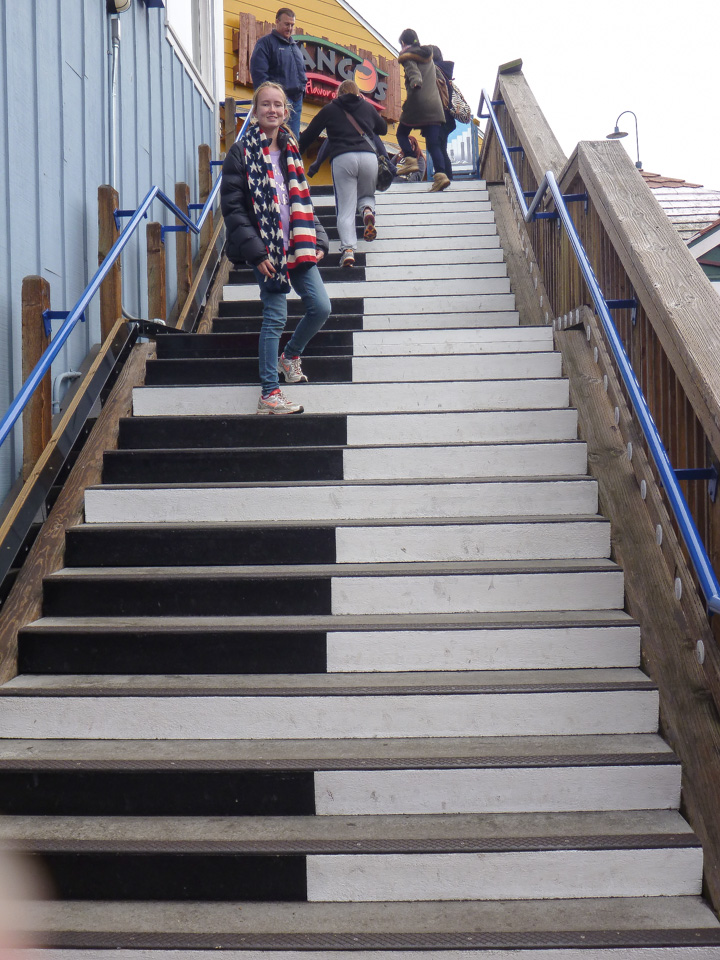 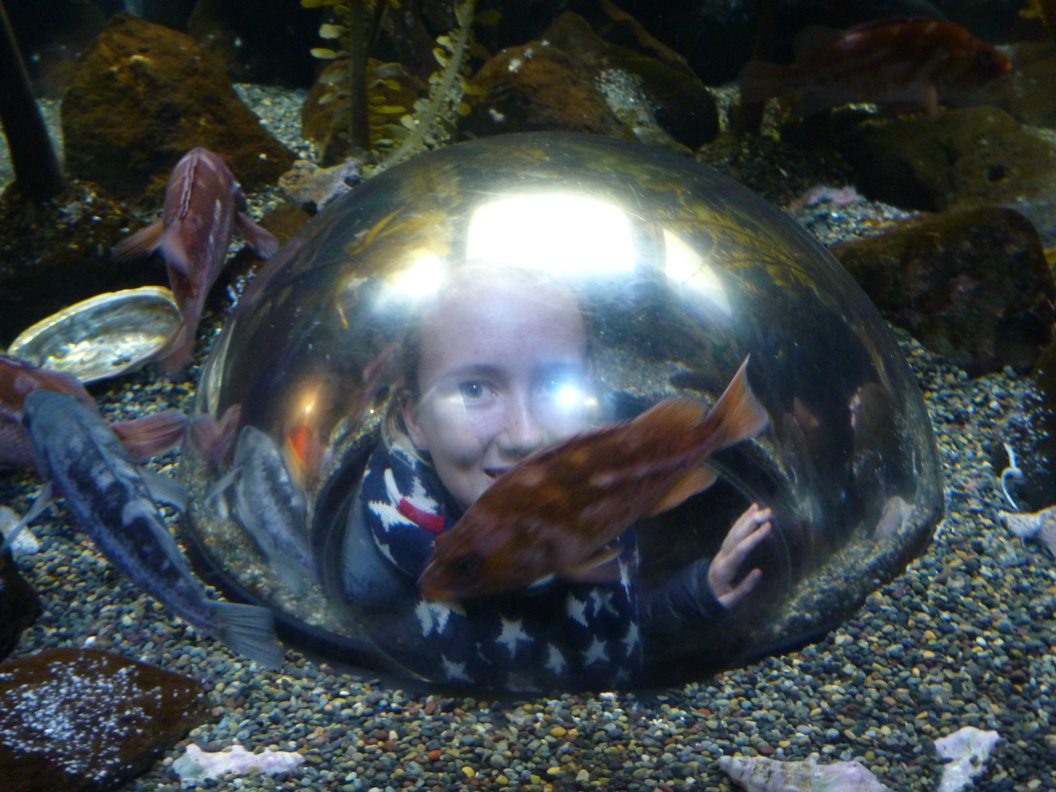 The other highlight was the ever-entertaining sea lion population on the west side of the pier. I had read somewhere that were fewer sea lions than there used to be, but not today. We estimated about 800 smelly noisy creatures, all piled up and entertaining tourists with their antics. Great fun to watch and you did get used to the smell after a while! 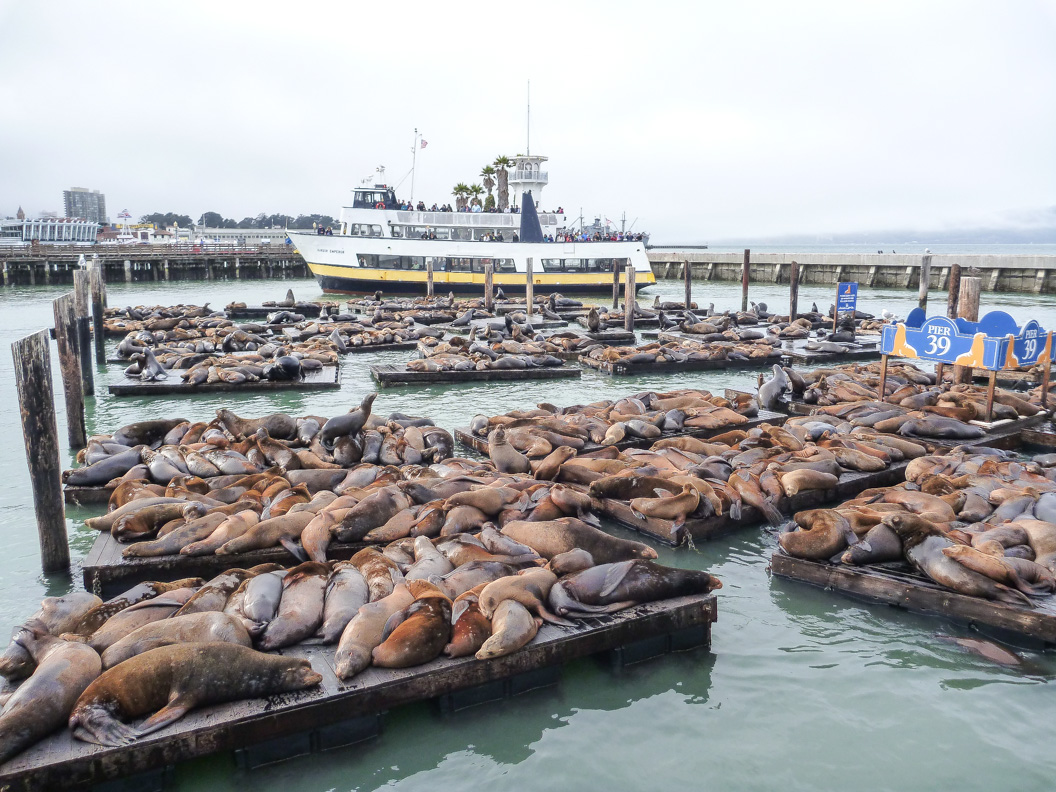 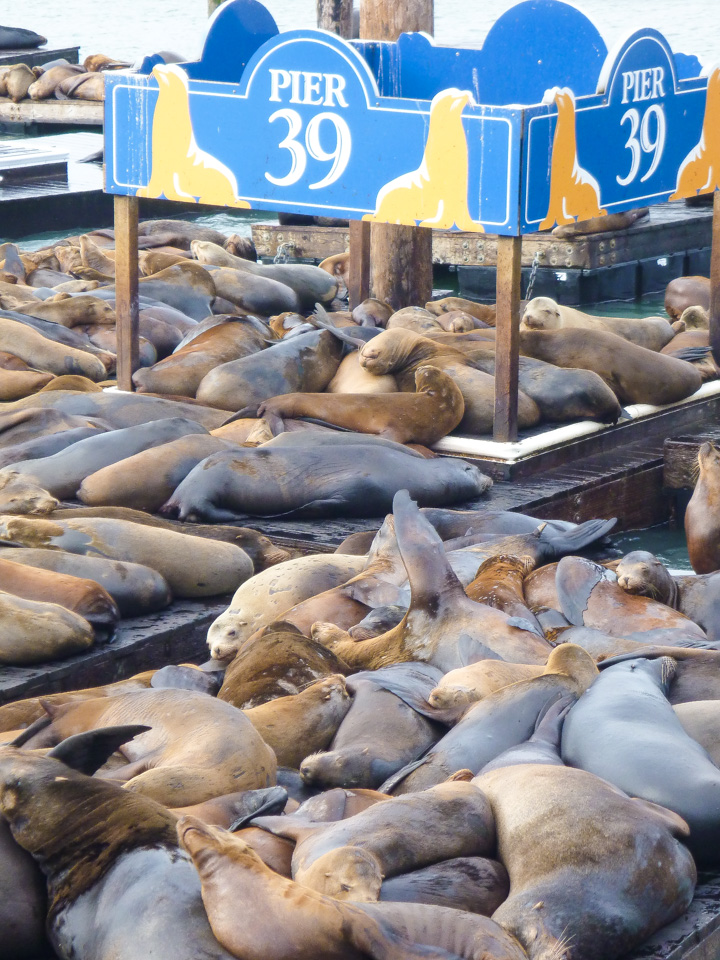 Dinner tonight was at the Bubba Gump Shrimp Company on the end of the pier. We had recently watched the movie, so the kids really enjoyed it. We had a lovely view of the sun setting over the Oakland bridge, and the food was great. Our waiter gave us a boys versus girls movie trivia quiz – the girls narrowly won! 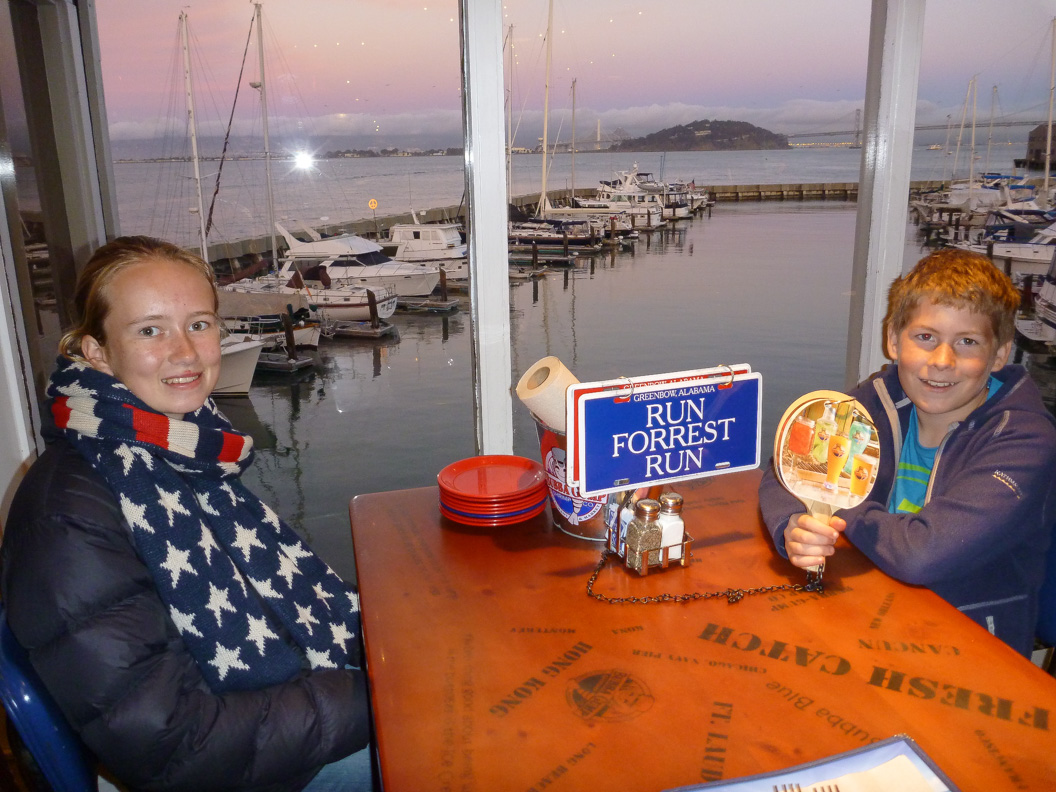 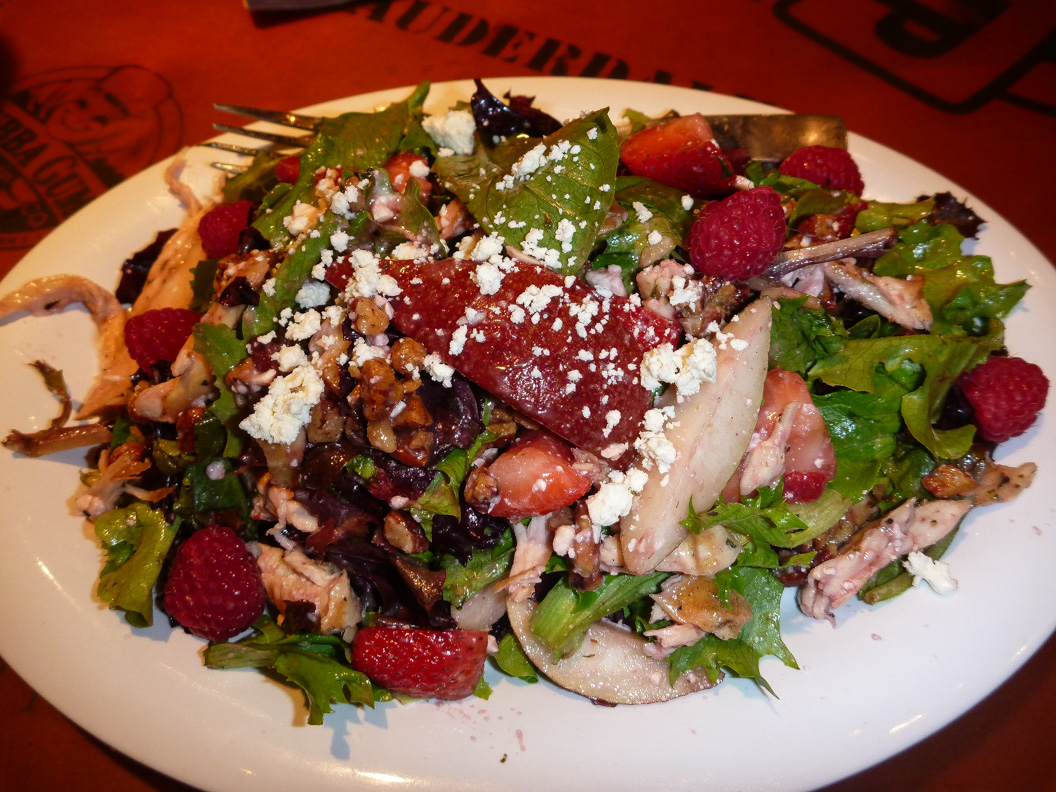 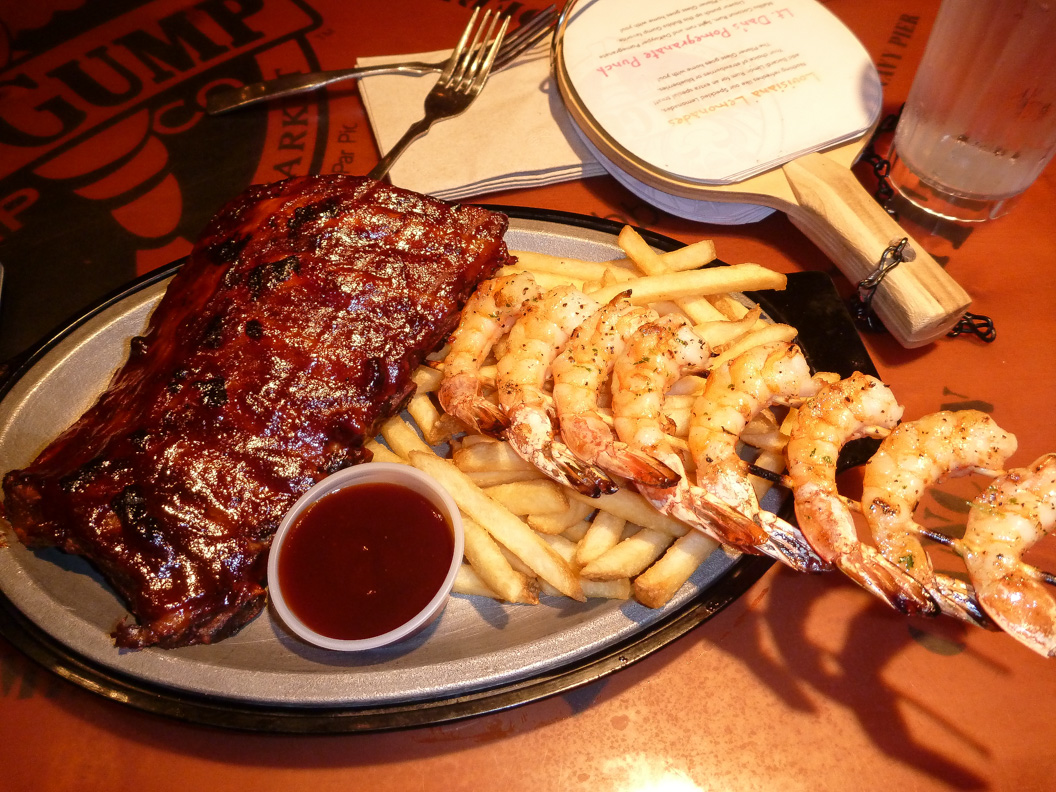 We finished off a great day with a walk through Fishermans Wharf and a night ride back to Union Square hanging off the side of the cable car. 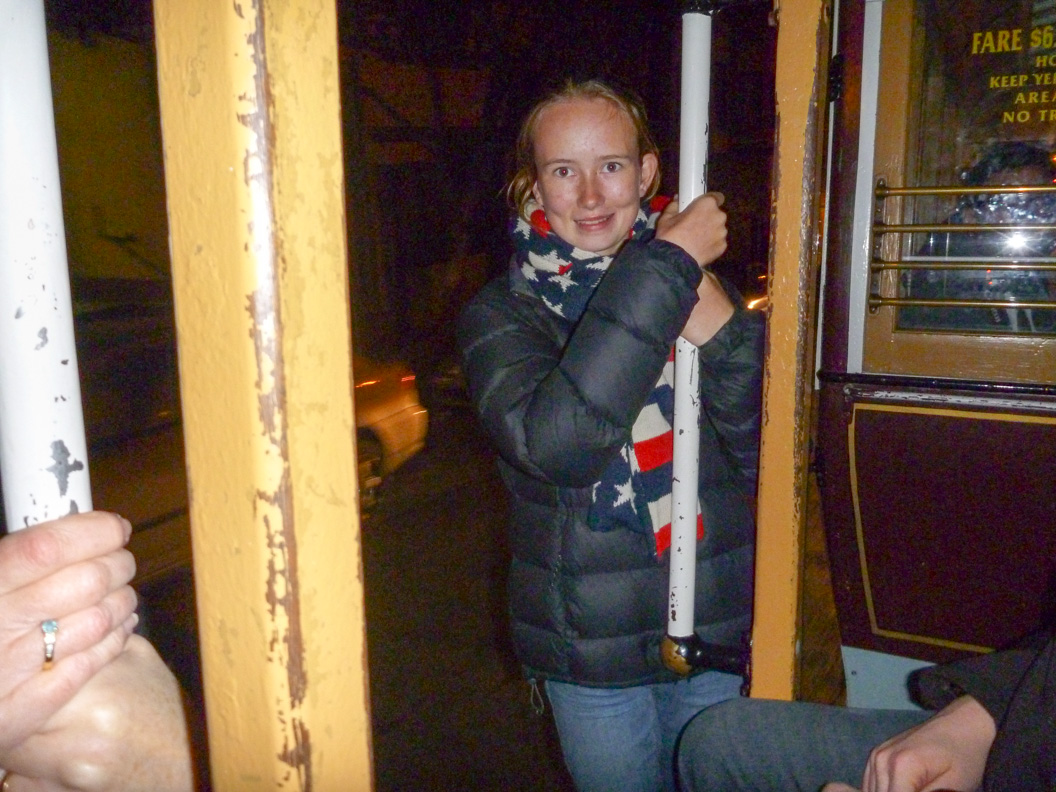