Biking over the Golden Gate Bridge has been on my bucket list for a long time. Last time we were here, the kids were too small to bike the bridge. We were hoping that the weather would be pleasant enough on this visit to make it enjoyable. Today was mild with high cloud and virtually no wind. Winter is supposed to be the wet season in San Francisco, but 2013 was their driest year on record and the big dry is continuing. Not good for the locals, but great for us.

We started the day with a buffet breakfast in the hotel restaurant. It had all the usual goodies, along with an interesting assortment of Japanese food. It was a word away from the crowded disposable buffets of the South West chain hotels, with individual service and silver cutlery. I got a really good deal on this hotel, but it is definitely “posher” than we are used to. The kids can’t get used to having the door opened for them each time we walk out of the hotel!

Our first mission this morning was to collect our City Passes and Alcatraz tickets from Pier 33. We got there on the historic F line tram, a nice introduction to San Francisco. We then walked along the waterfront to Hyde Street where we collected our bikes. The kids remembered some of the Fishermans Wharf area from eight years ago. They loved all the tacky touristy shops, but weren’t so impressed with the fishy smells. 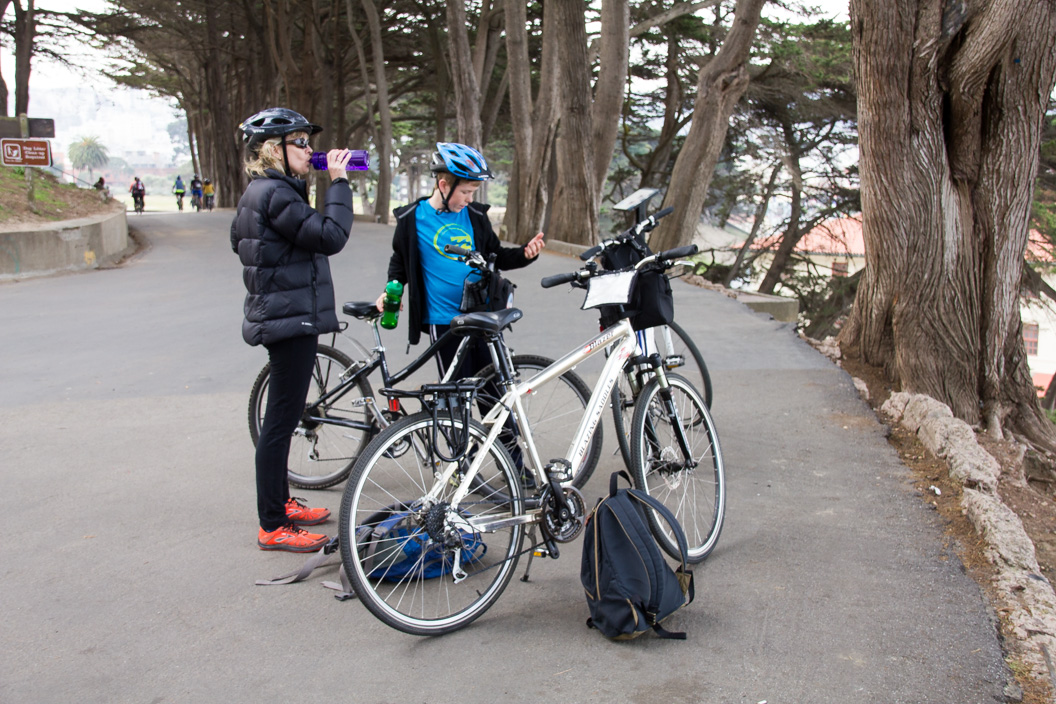 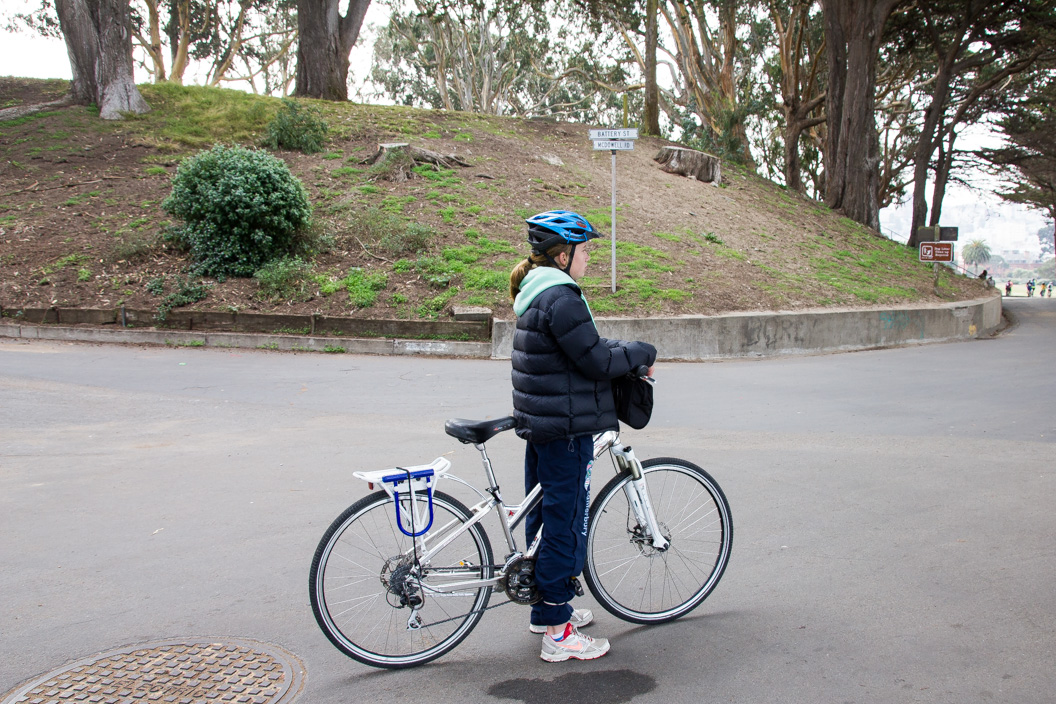 Once we got near the bridge, it was a steep climb up from the water. Biking over the 2.7km long bridge was the highlight of the day. There were lots of stops to enjoy the views, and stretch out the experience of biking over such a famous landmark. Once we got to the other side, it was mostly downhill into Sausalito – a nice reward for the earlier uphills. 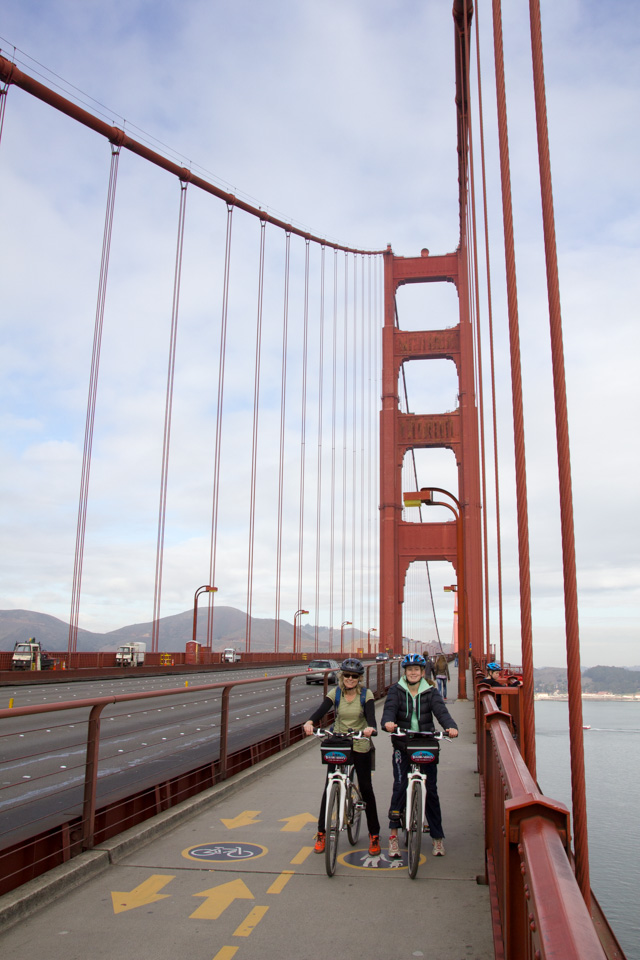 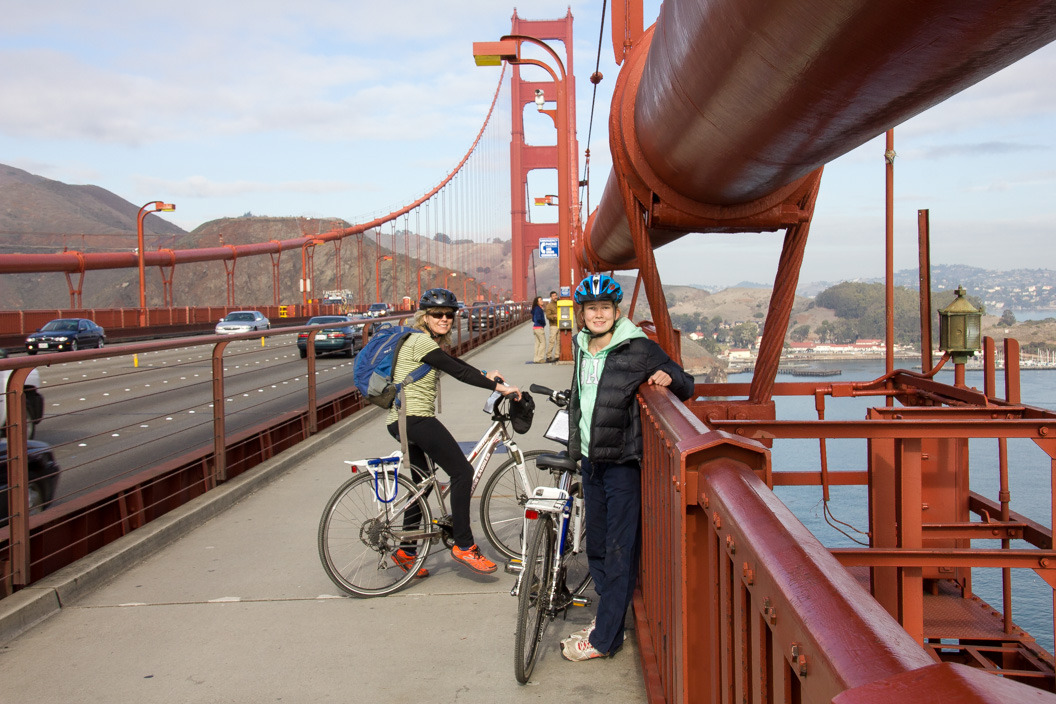 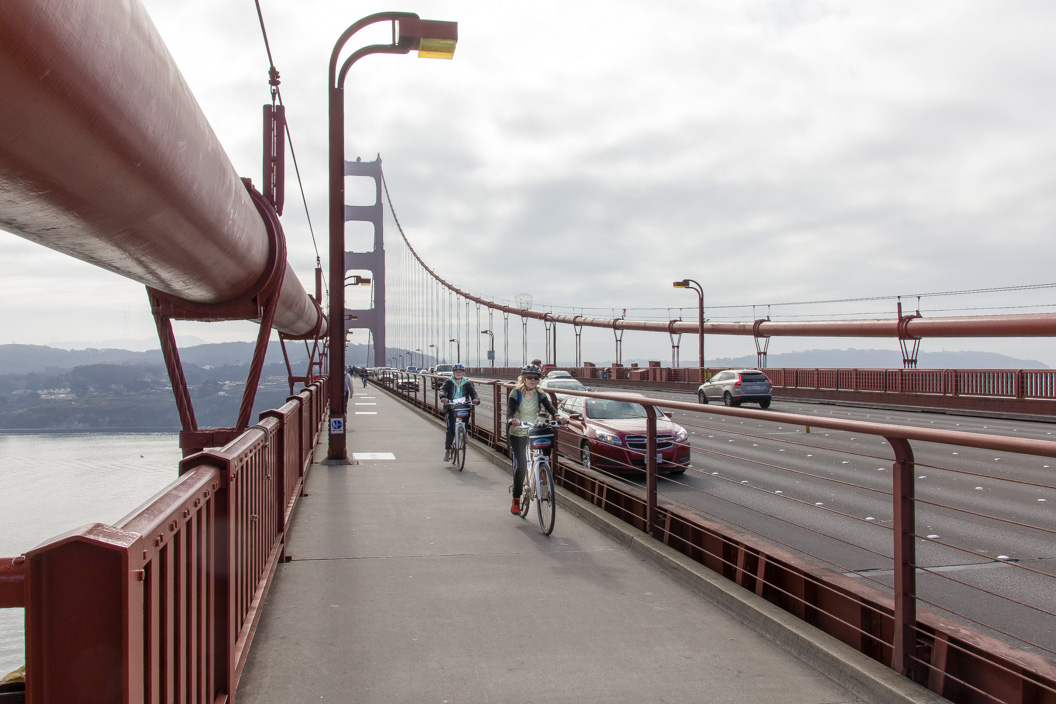 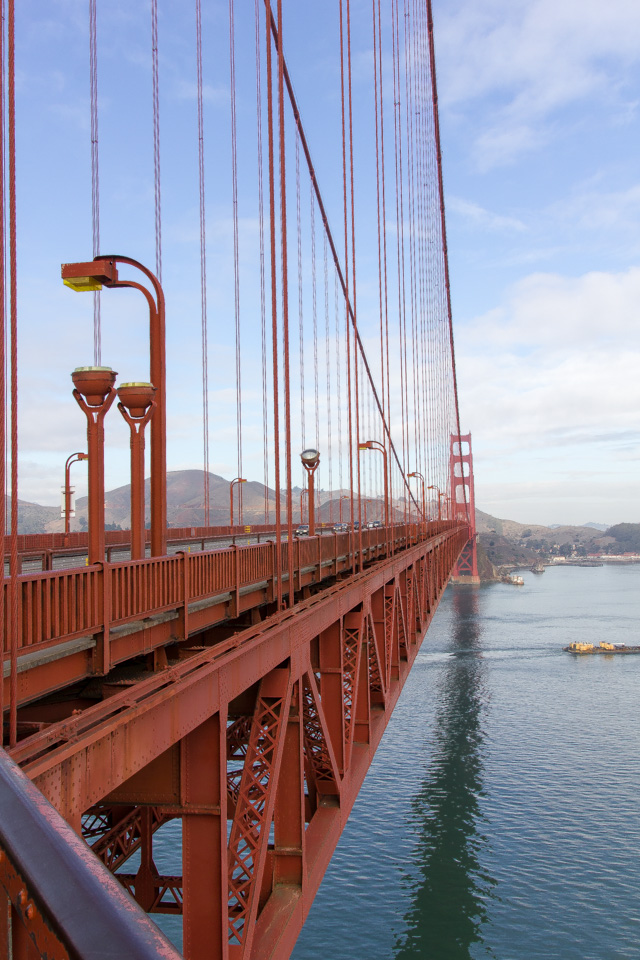 Sausalito is a cute little town, with shops all along the waterfront and the houses built steeply up the hillside behind. It’s a bit like a cross between Mission Bay and Wellington. It seemed the perfect place for a fish and chip lunch. After lunch Matt wasn’t feeling too flash. I don’t think it was anything to do with the fish and chips, more just exhaustion from a mad few weeks. A one hour time change to California hadn’t helped as he woke even earlier than usual. There was quite a wait for the next ferry and then a decent bike from the ferry terminal back to the bike hire, so we grabbed a bike taxi back to town instead. It was a bonus to have one last drive over the bridge.

After returning the bikes, we jumped on the Hyde-Powell cable car back to our hotel. The girls got great seats out the back and had fun hanging off the side. The boys stayed back at the hotel for a well earned rest while the girls hit the Westfield San Francisco for another round of shopping. Matt was feeling much better after a rest, so we were able to enjoy a yummy Italian pizza dinner. Ice cream hasn’t featured so much in this trip, but we are making up for it in San Francisco. Last night was Ben and Jerry’s, tonight we washed our pizza down with a mix-in ice cream from the Cold Stone Creamery.

A few shots from a sunny afternoon in Boston