For Christmas, we gave the kids a voucher for a “Day out in San Francisco”. We had done a similar thing in London on our last trip and it was a real success, so we thought it would be fun to do the same on this trip. We had breakfast together and then went our separate ways.

Anna and I headed for Golden Gate Park, a huge park (over 1,000 acres) in West San Francisco (and nowhere near the bridge of the same name – go figure). Anna has always been fascinated by Segways, but has never been old enough or heavy enough to ride one. As she has finally grown enough to meet the Segway criteria, we had bought her a 2.5 hour tour of Golden Gate Park. The tour wasn’t until the afternoon, but she was keen to visit the California Academy of Sciences nearby. It had been nice weather when we left the city, but it was heavy fog when we arrived at the park. The Academy of Sciences is like a lot of mini museums rolled into one – aquarium, planetarium, rainforest exhibit, earthquake exhibit etc. 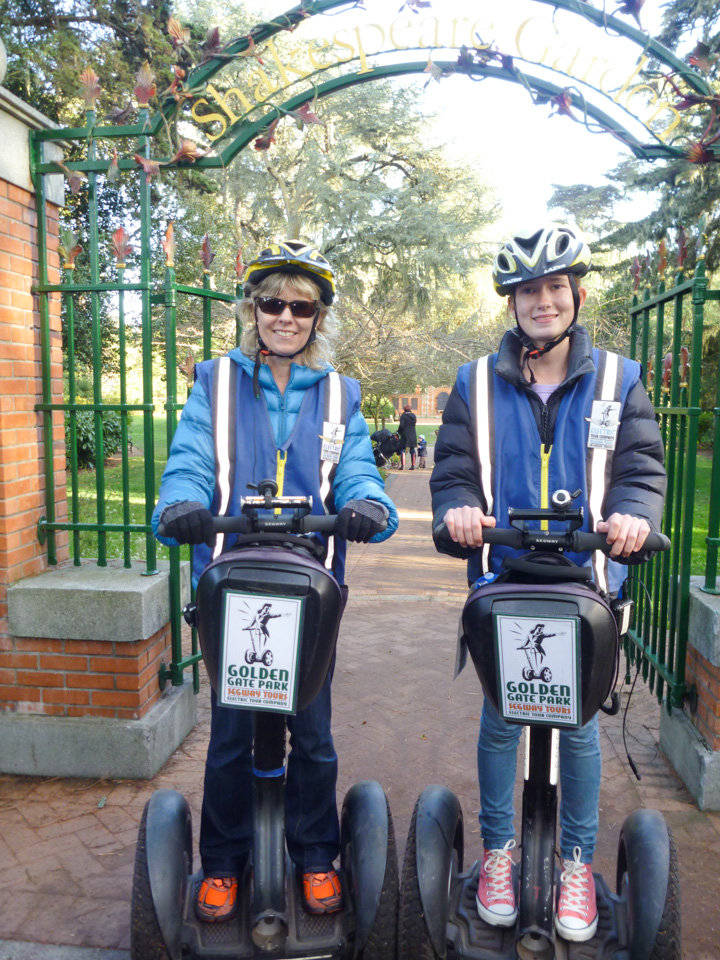 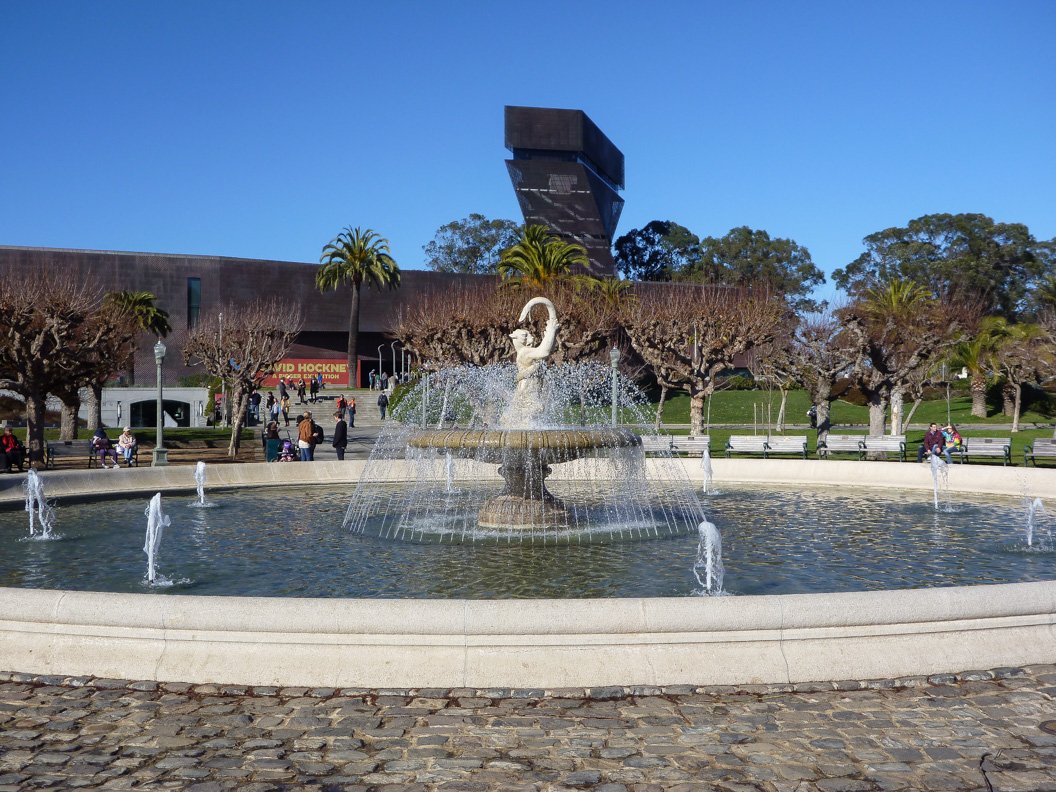 I had thought the Academy might be quieter than some of the central city attractions, but I hadn’t factored in the school trip effect. The place was crawling with primary aged American kids, and I am quite convinced that they are much louder than their NZ counterparts! We managed to avoid the worst of the mobs, and still really enjoyed it. They had some really unusual creatures, from tiny painted frogs to giant anacondas and an albino alligator. The highlight in the aquarium was a tank of over 2,000 brightly coloured tropical fish from the Philippines. 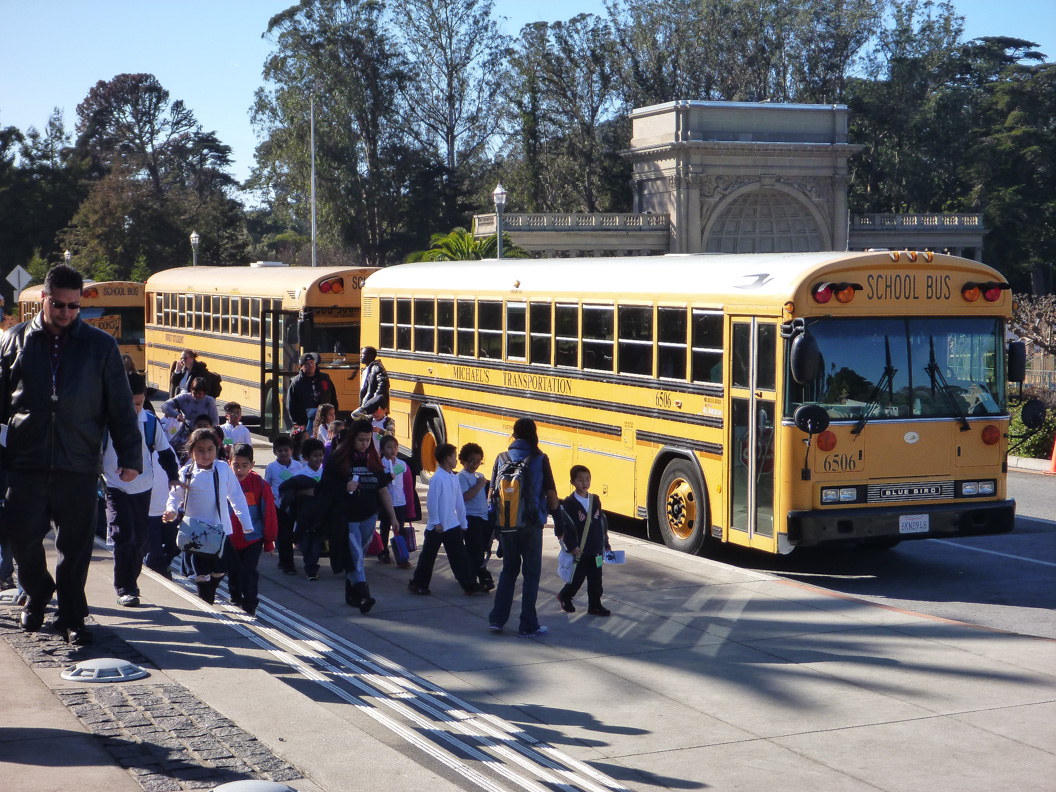 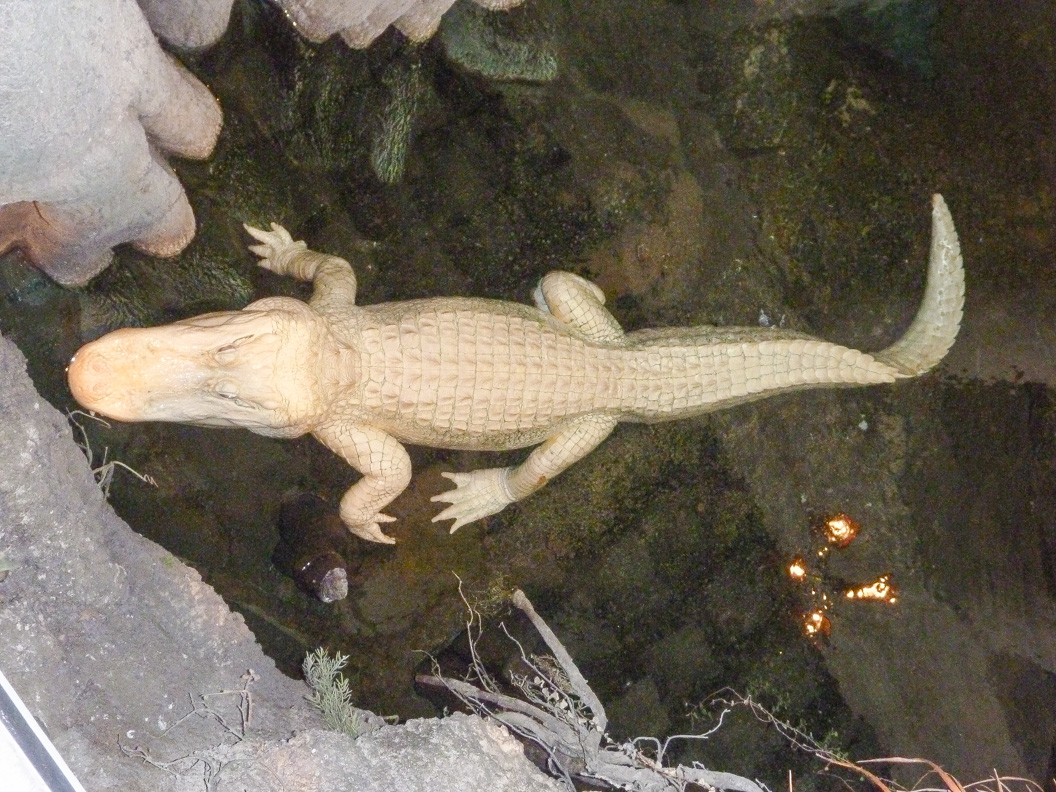 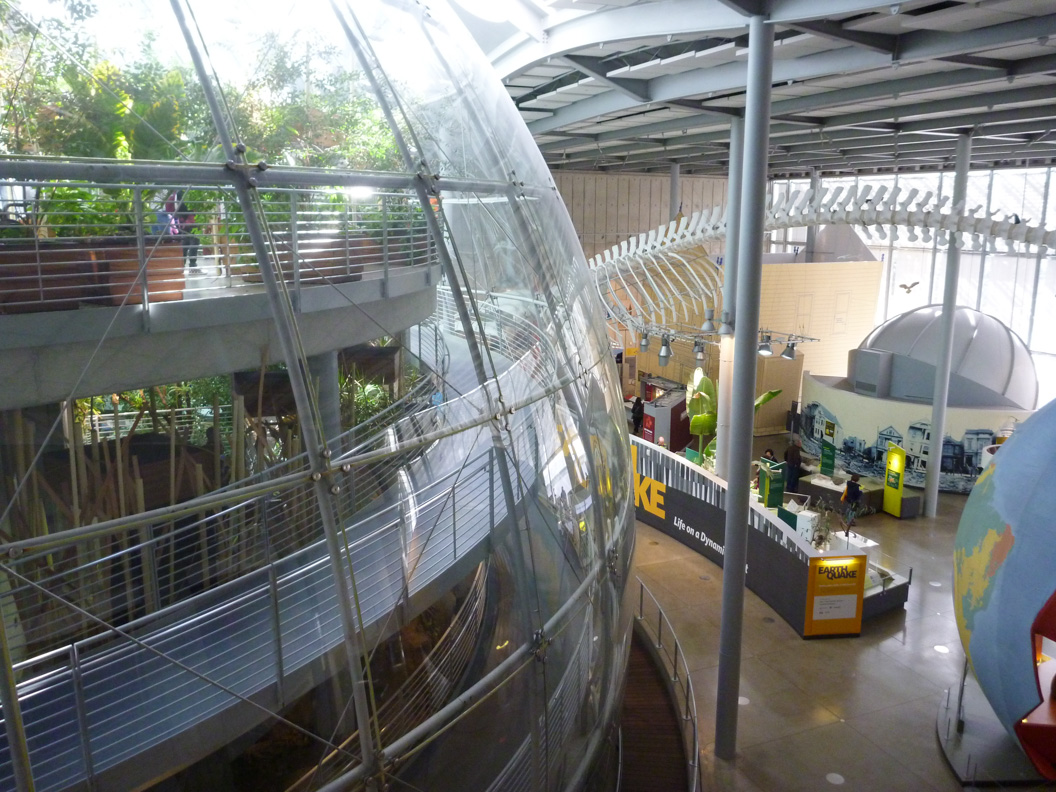 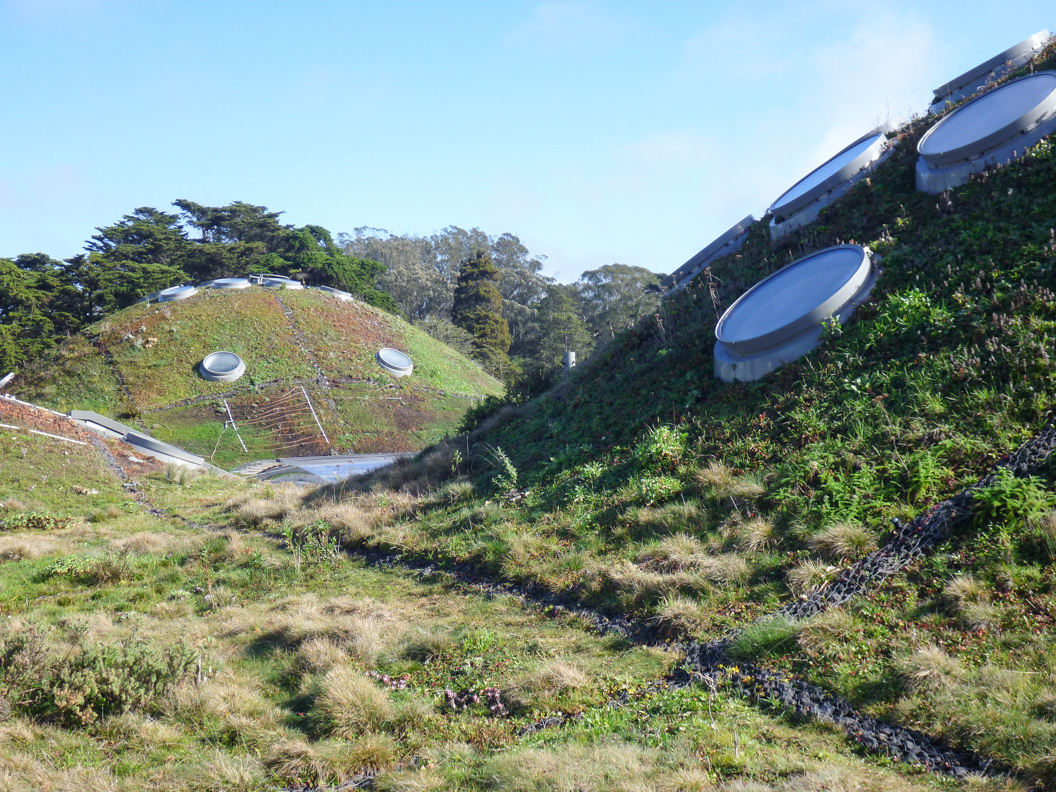 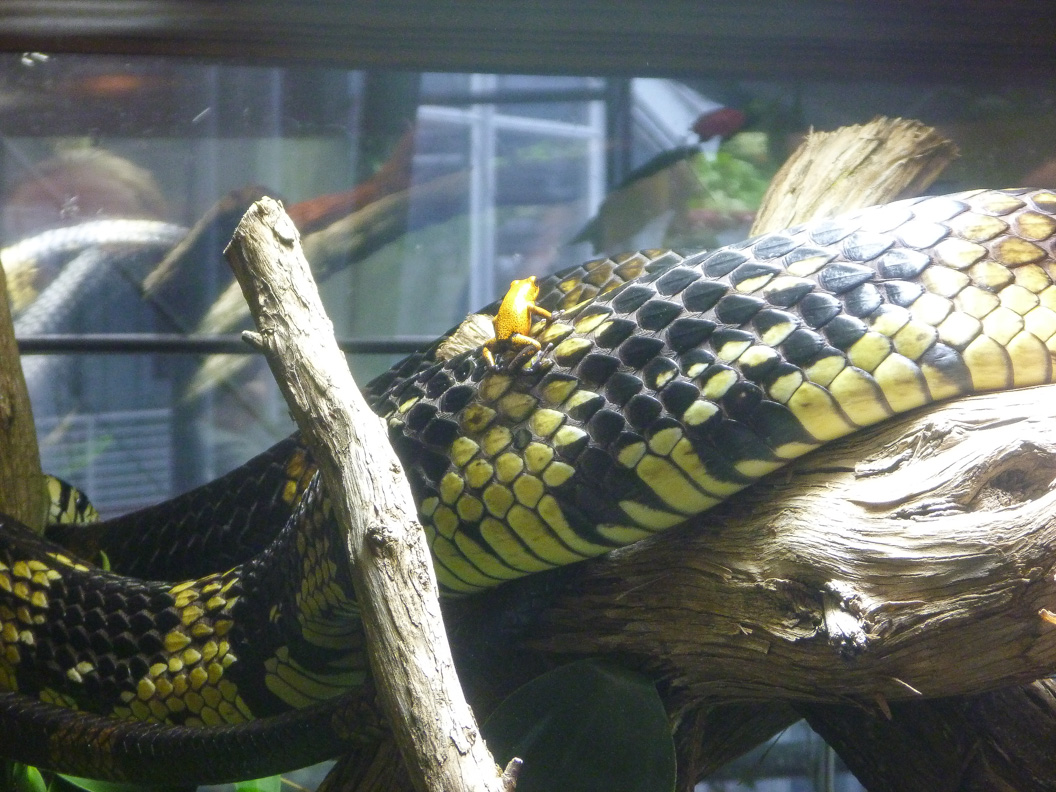 We grabbed an overpriced lunch at the museum cafeteria, then headed over to our Segway tour. It was a good bunch of people on the tour, 5 from the Southern Hemisphere and 3 from the Northern Hemisphere. The other 3 from down under were Aussies. We have met virtually no kiwis here, but the place is full of Aussies. The first half hour was training, then we were off to explore the park. The Segways were surprisingly easy to ride, and a lot more fun that I expected. It was all about balance and shifting the weight on your feet. Weight to your toes = segway goes forward, weight to your heels = segway goes backwards and more weight = more speed. We were soon all zooming around the park, visiting all sorts of lovely areas. We even did some off-road on dirt tracks and rode through a redwood forest. The time whizzed by and we all made it back to base without any mishaps.

The boys day out started with a tramcar ride over the hill to Pier 39.  After being briefly distracted by the kite shop en-route, we made it to the first planned stop;  the 7D adventure ride Matt had been given a Christmas voucher for.  Still not quite sure what all the 7 D’s stand for (we had the usual 3, plus movement, smoke, shooting and possibly smell – though that may have just been the sausages Matt had for breakfast).  We had great fun blasting robots while on board a 3D motion master type ride  – of course, given it was Matt’s Christmas present, I had to ease off and let him get the winning score :).

Next stop was the Exploratorium.  This turned out to be the highlight of the day with a fantastic array of hands on physical sciences exhibits, perfect for the young and not so young boys to tinker with.

Since arriving in San Francisco and experiencing great chips from Lori’s diner at the airport, Matt had been keen to have lunch at the real Lori’s diner, so that’s where we headed, hoping for a healthy lunch of lettuce salad and tofu shakes, but unfortunately they only had burgers, chicken and fries, so me made do as best we could.

After an explore of Union Square and downtown San Francisco, we headed back to the hotel about 4pm for a short rest before the dinner outing.

We usually try not to eat at the same place twice when we are on holiday, but we broke the rule tonight and returned to the Cheesecake Factory for dinner. It was such good food and we loved looking out over Union square at night. We will miss San Francisco when we leave tomorrow, it has been a great place to finish an amazing trip. 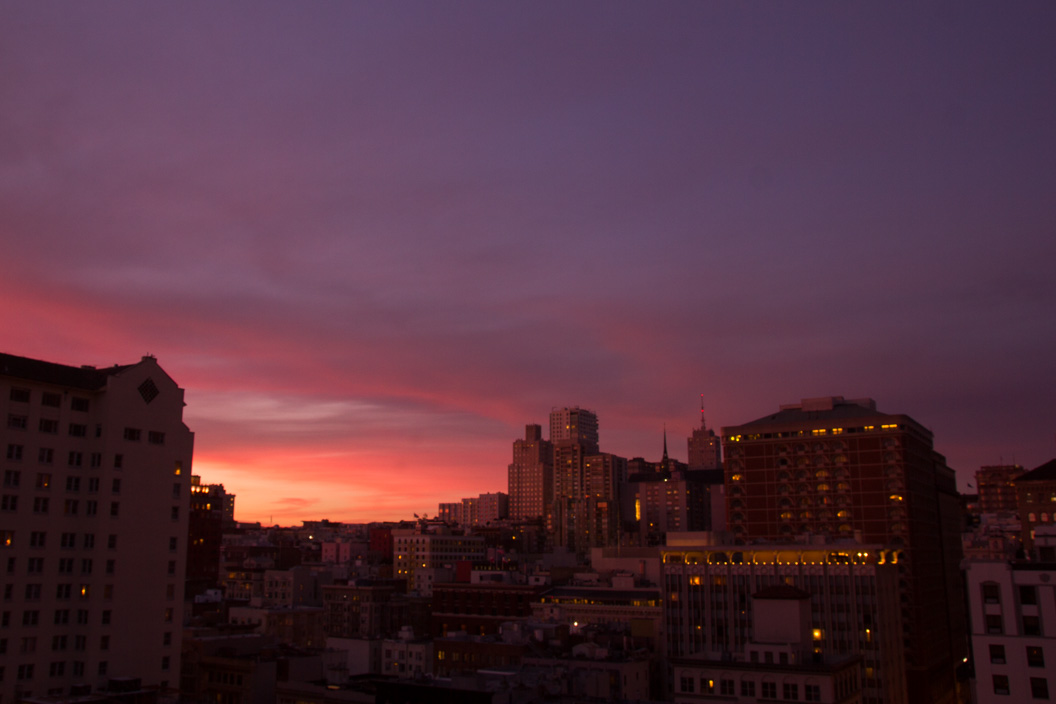 Can you spot Anna?