When we checked in at the hotel, they allocated us a time for breakfast. We were given 10am for Tuesday morning which we thought was rather late, but turned out to be perfect after a long sleep in. Breakfast was like being at an enormous school camp – grab your tray, fill your plates and find a seat. It wasn’t a bad feed though and gave us a good start to the day. 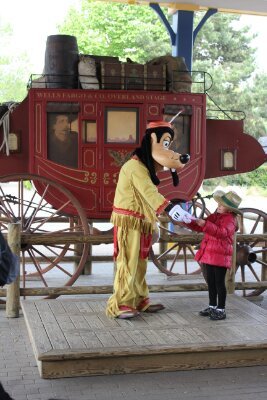 We decided to check out the Walt Disney Studios park. After the beautiful warm day on Monday, there was a sudden change in the weather. We have no access to WIFI here, so relied on the “walking outside” method of weather forecasting. Not a good method as it went from mild and sunny when we left the hotel, to showers with a chilly northerly wind by the time we got to the first attraction. The kids were both in shorts and Andy had no jacket. Fortunately we were at the stunt show under cover and had seats far enough back that the rain didn’t blow in too much. We were worried that the show might be cancelled because of the rain, but the show went on. It was a great show with motorcycle and car stunts involving lots of jumps, chases, fire and shooting. They did a good job of explaining how they did the stunts in both French and English. 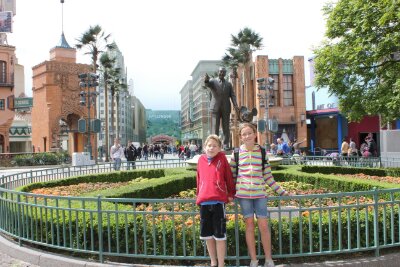 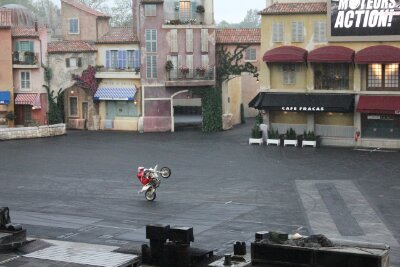 After the show, Andy went on a mission back to the hotel to collect warm clothes. I took the kids in to the nearest ride that had an inside queue with heaters! It turned out to be a fabulous roller coaster in the dark with loud Aerosmith music and disco lights. Lots of loops and twists, but very smooth.

The kids were keen to get back to the main park so we met Andy and piled on the winter clothes. We went at a more leisurely pace than the first day and planned our route to minimize the walking. The crowds were still pretty light, so there were some new rides along with favourites from yesterday. Disneyland Paris has a lot of walk through themed areas and places for the kids to explore. There is an area called Adventure Isle that the kids loved – lots of caves and swing bridges in a beautiful jungle setting. 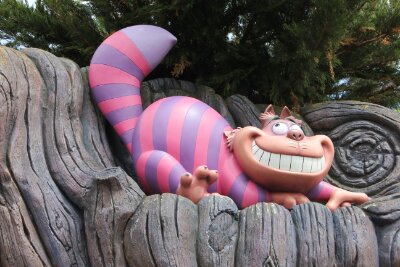 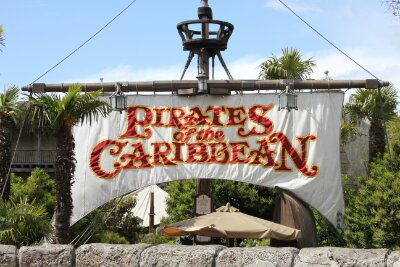 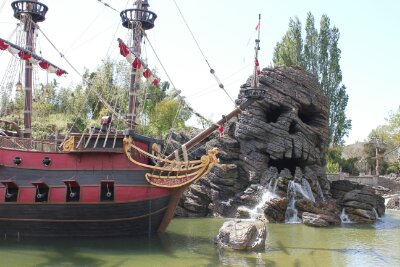 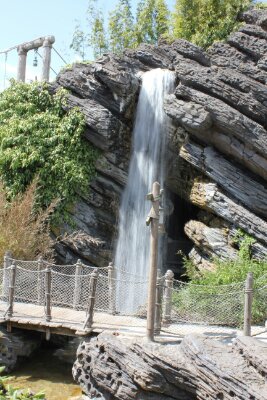 Our plan had been to ride some of the busier rides while the 7pm parade was on, but the parade was cancelled at the last minute due to “unforeseen circumstances”. We were very glad that we had done the parade on the first day and there were lots of disappointed kids around. We escaped the park and went to Planet Hollywood for dinner. It was another round of nuggets and fries for the kids, but we managed to find dishes with some veggies. We walked back to the hotel along the Rio Grande canal as a change from the shuttle bus and were very glad to tumble into a warm bed for an earlier night.

A weekend in Miami

Off to the UK