It’s amazing what a closed window can do for quieting those tower bells! We slept right through the night until the alarm clock disturbed us at 6am. We were on the road by 7am as we had 190km to drive to Frankfurt and were due to return Pierre to the Holiday Inn Express at 9am.

We hit some roadworks and heavy traffic around Frankfurt (Monday morning rush hour in the drizzle), but still managed to get Pierre returned in time for the 9:30am shuttle to Frankfurt Airport. It was a bit sad saying goodbye to Pierre. We had shared over 3000km of adventures together and Andy had done a first class job of keeping him dent and scratch free. Frankfurt Airport is a world away from Heathrow. It’s clean and modern with very few queues. We filled the kids up with food just in case the airline food was a disaster, then boarded the 777 aircraft.

We all found the flight much easier than the ones across to Europe. It was around 12 hours but time passed quite quickly. We all tried to have a sleep as the time change meant it was a very short night – we left at 12:30pm and arrived 12 hours later at 6:30 in the morning. Matt managed a couple of hours sleep on three spare seats across the aisle and the big people snatched a few hours thanks to a sleeping tablet. Anna continued her pattern of zero sleep on flights, even with a sleeping tablet!

According to our hotel website, the best way to get there was on the express train to the central railway station, followed by a short monorail trip. It sounded easy enough and the express train went smoothly. The fun started at the central railway station as the walkway to the monorail was under repair. The detour was lengthy and poorly signposted. We got there eventually but negotiating bumpy roads, stairs and people in tropical heat made it rather tiring! Fortunately the monorail stop we got on at was the start of the line, otherwise I doubt we would have been able to squeeze ourselves and our luggage on in the rush hour.

It was about 8:30am when we reached our hotel, so we didn’t expect our room to be ready. They were very kind to us though (maybe we looked like train wrecks!) and had it all ready after we’d had breakfast upstairs. Our family suite is a really good size with a separate bedroom, huge bathroom and even a small kitchenette. Matt loves the view of the crazy traffic from the 17th floor window beside his bed.

First stop was the swimming pool for a quick dip. The pool is huge and has a good view of the Petronas Towers as it’s on the 15th floor. Next stop was bed as we knew the kids wouldn’t make it through until bed time. We all felt quite refreshed after a couple of hours of sleep. In the afternoon we explored some of the nearby shopping centres. Most of the centres we went into were a mixture of named brands and tiny stalls. The boys liked the IT centres and the girls liked just wandering. Anna and I split from the boys so we could have a decent wander in the shops, then we all met back at the hotel pool.

We convinced the kids they should be a bit more adventurous with dinner. The deal was they choose lunch, we choose dinner. We got to eat KFC for lunch (Malaysia style with rice!). Dinner was teppanyaki at a restaurant in the 10 storey shopping mall under our hotel. The kids enjoyed the meal and loved watching it being cooked in front of us. Food is quite cheap here – the chicken teppanyaki meals we had were around NZD4!

It was so good to tumble into bed that night, even though it was only around 4pm European time! 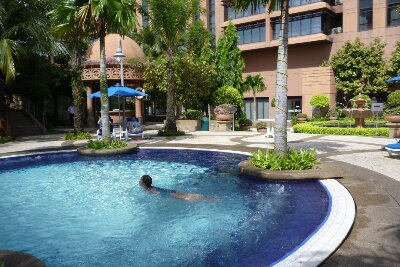 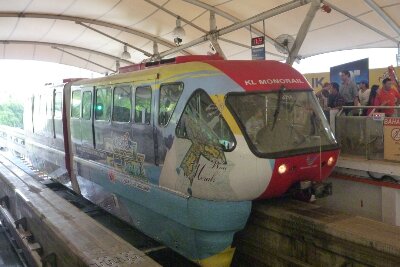 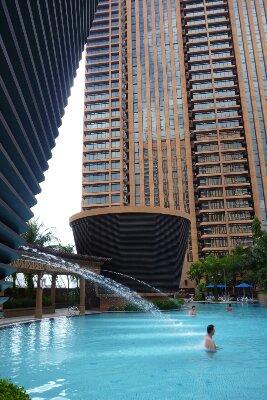 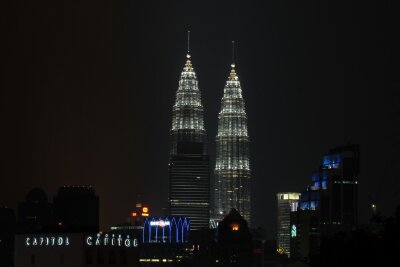