The two bed experiment last night worked surprisingly well and we all had a pretty decent sleep. We caught the tail end of a beautiful sunrise from our balcony, then had a lovely lazy morning. This is one of the few places where we don’t have breakfast included so we’d come prepared with breakfast supplies. It was quite nice having breakfast in our PJs for a change. 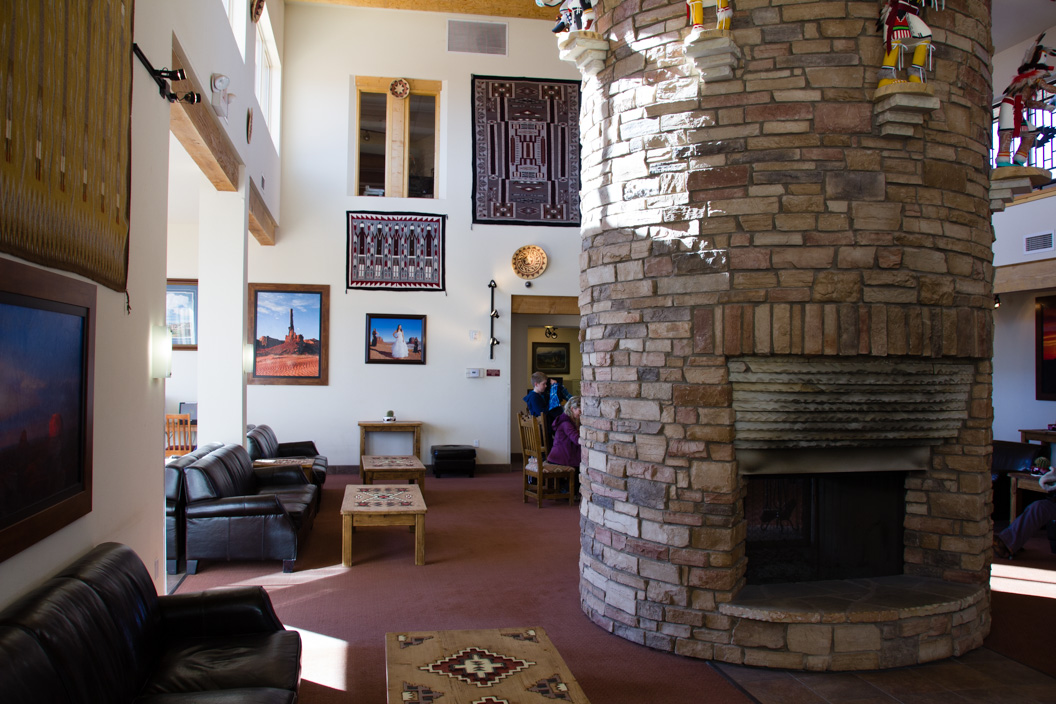 The company we’d booked the horse ride with had arranged to meet us in the hotel lobby at 11:30am. However, we soon realised that Indian time is a bit like Island time, and no one showed up. Fortunately the million dollar views and a couple of jigsaw puzzles in the lobby were enough to keep us entertained while we tracked down our guide. Things were running nearly a hour late, but finally our guide Lawrence turned up in his yellow jeep. He clearly hadn’t expected to be at work today, but he did a great job anyway.

We were taken to the stables in a yellow jeep, where the horses were saddled up. Andy got “30-30”- strange name for a horse? I got “Hopi” – an even stranger name given we are on a Navajo Indian reservation not a Hopi Indian reservation. Matt got “Ace” – a shortish horse with the widest squarest backside you’ve ever seen. Anna got “Ice” – otherwise dubbed the cow-horse due to it’s cow-like markings. They were all lovely horses but did have personalities of their own. Hopi was keen for speed whenever she got the chance, but the others all needed a good bit of coaxing to get them going. 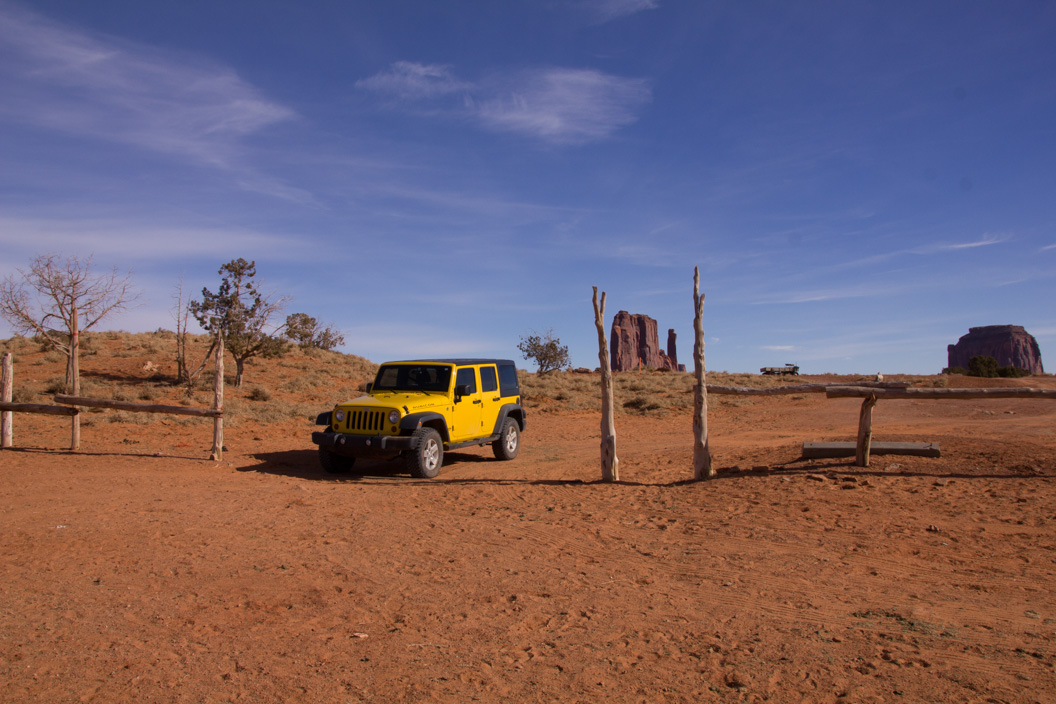 We’d booked a 2.5 hour tour which took us around the West Mitten and then along a high ridge back up to the stables. We’re not normally horse riding people, but it was just amazing to be riding through Monument Valley on a horse. The scenery was breath taking and it felt like we were part of a Western movie. The trek along the ridge on the way back was our favourite part. With sheer drops on one side, it reminded us of the mules at Grand Canyon. 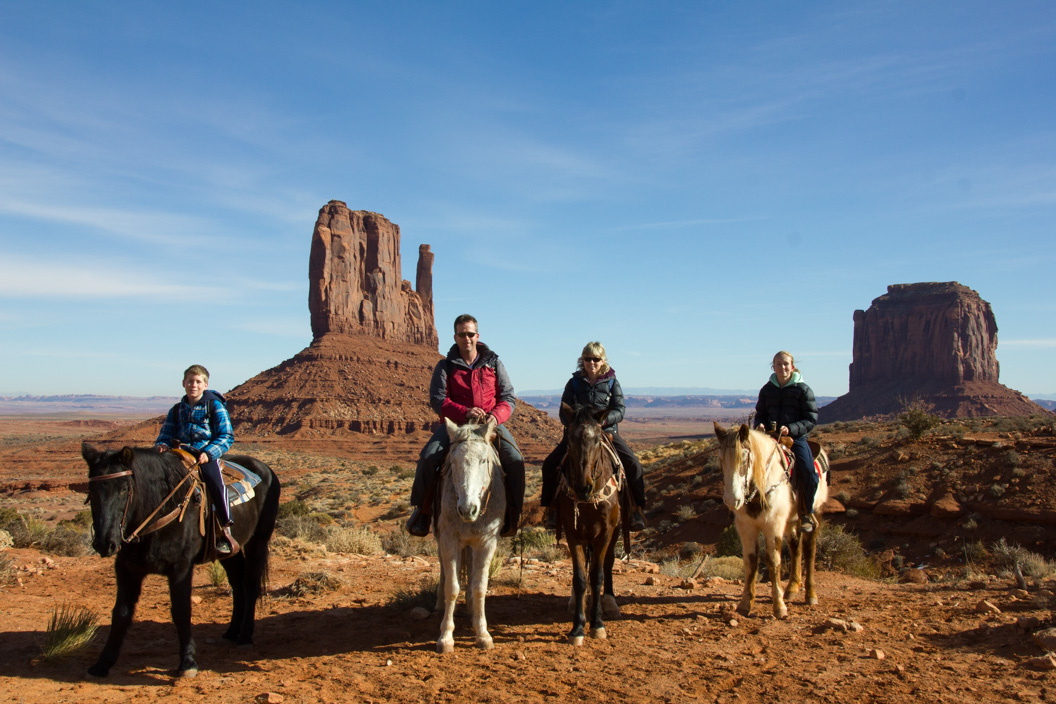 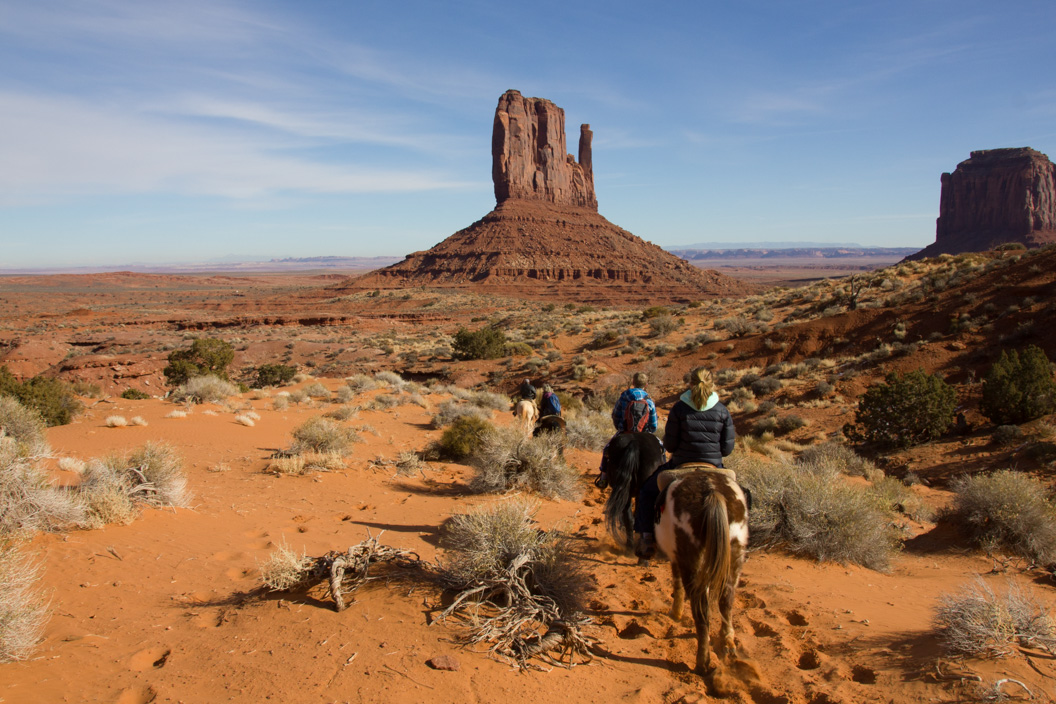 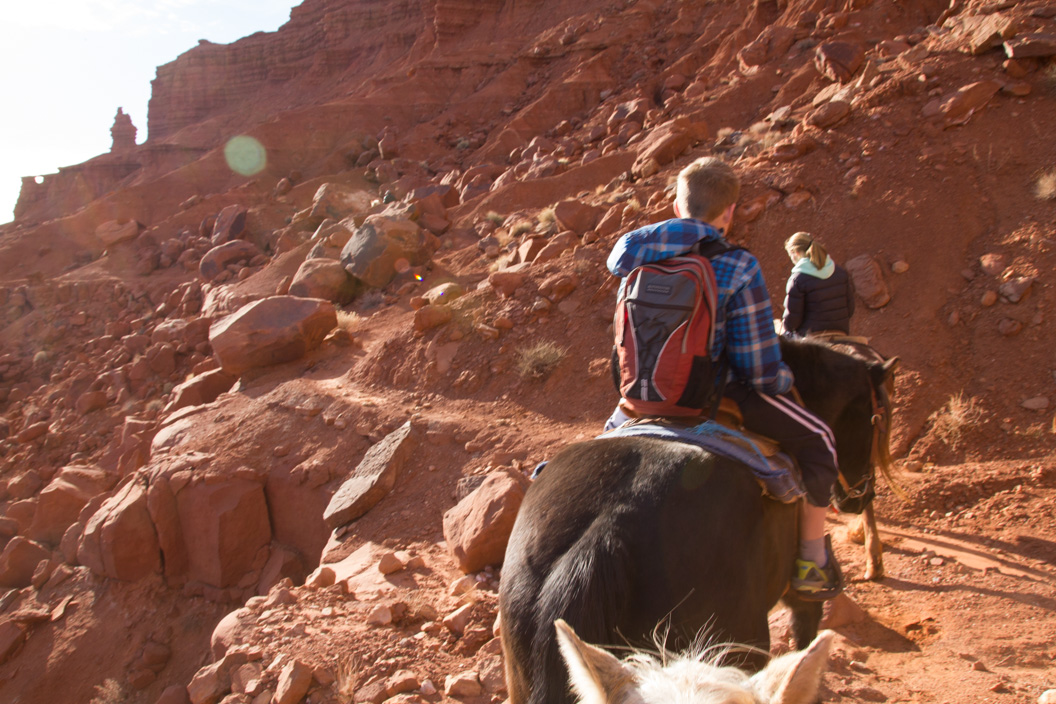 After 2.5 hours on a horse, we realised how un-horse-fit we are. No doubt we were riding them all wrong as well, and our bodies were complaining loudly. Matt’s horse was so wide he felt like he’d been doing the splits for hours. Our knees hurt far more than after a day on the slopes and the legs and hips felt like they had been realigned in the wrong position. Things did improve significantly after a short walk on two legs and an ice cream on the hotel deck!

Dinner tonight was more traditional Navajo fare for us – green chile stew for me and Navajo fry bread filled with taco filling for Andy. The kids branched out and got their first nuggets and fries of the holiday. They were amazed to get 11 nuggets each! The food here is surprisingly good and even more surprisingly it is good value. There is no other dining option for miles around and yet they don’t rip you off. Our mains were around $13 (including soup and salad bar) and the kids meals were $6.

We are back in the lobby now in front of the fire again. There’s been some more work on the jigsaws and some internet surfing and games, but that’s the extent of the action for New Years Eve. The Navajo reservation is alcohol free so we can’t even have a glass of wine to celebrate. The kids are still keen to stay up until midnight, but we’re trying to talk them out of it. Time will tell….Happy New Year to everyone in NZ and the UK. Funny to think you are already in 2014 while we lag behind most of the world!

Half Way to Europe

New Year at the Seaside