Monday was another day of fabulous London experiences. We have been going at a fair pace every day, but Monday was especially long and exhausting. We walk miles and miles every day. Even though we try to take the tube or bus wherever possible, you still walk miles in the underground tunnels. The kids love the underground though and are now experts in finding their way around. They are even working out which end of the train to get on to minimise the walking when we get back to Waterloo and which route to take for easy line changes. 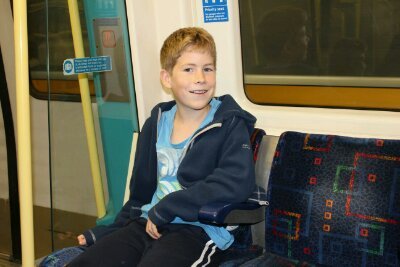 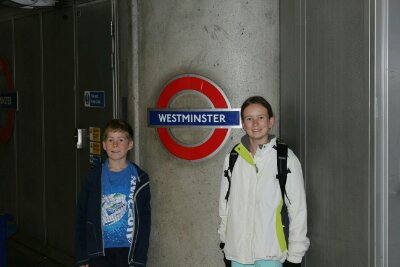 We woke to sunshine on Monday morning, haven’t seen much of that since we got to London. It has been typically cloudy with a just a bit of drizzle. It amuses us how quick the Brits are to put up umbrellas, when it is barely raining. Then when the spits of rain go away, they forget to put their umbrellas back down.

We did a couple of London geocaches first thing, then headed up into the City of London. The City of London itself is very small – only 1 square mile. It was almost deserted as it was a bank (public) holiday. It was a welcome change to walk through empty streets rather than fight your way through the crowds.The kids were keen to see “The Gherkin”, a distinctive office building shaped like, (you guessed it) a gherkin! Then we wandered through a very deserted Leadenhall Markets (used as a set in one of the Harry Potter films) and over to Pudding Lane to check out where the Great Fire of London started. 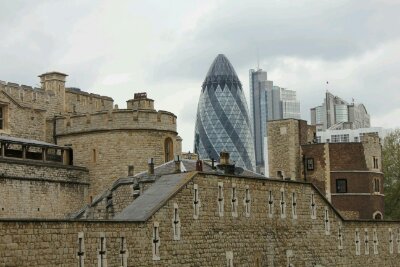 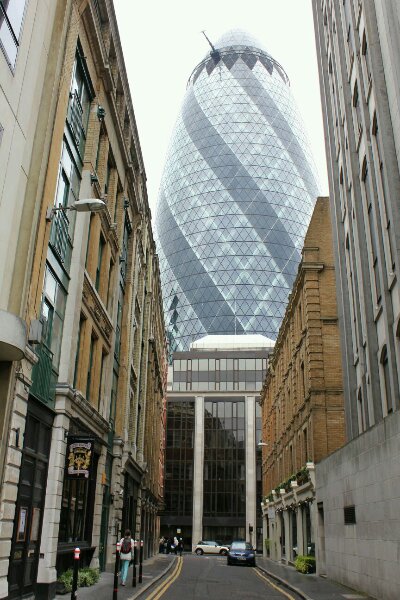 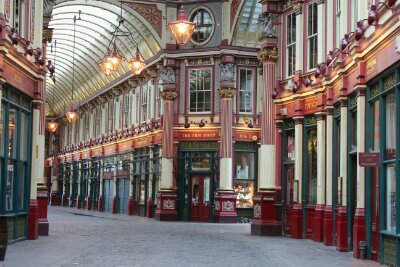 Our next stop was Greenwich. We had been keen to show the kids a London village and were tossing up between Richmond and Greenwich. In the end we decided Greenwich would be more interesting for them, even though Richmond would have been a trip down memory lane for us (we lived there for over 3 years in the 1990s). Greenwich was packed, so it was back to people dodgems in the streets. We grabbed some lunch at the market then headed up the hill towards the Royal Observatory. There were lots of fences up in the park and work being done as this is the site for all the Olympic equestrian events. 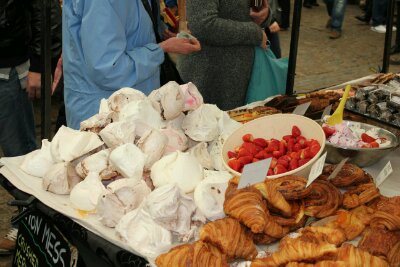 One of the yummy food stalls

Just when the long walk up the hill was starting to take its toll, the kids spotted squirrels in the gardens. They are very entertaining creatures and kept us amused for ages. 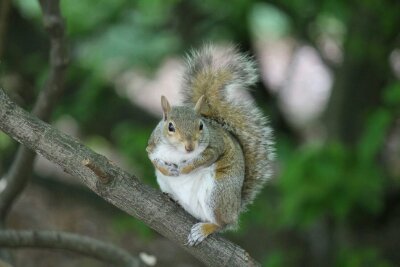 At the Royal Observatory, we visited the Greenwich Mean Time clock and the Meridian Line. The kids loved standing with one foot in the west and one foot in the east. Andy found the exact spot where the GPS read 000.000 degrees longitude. 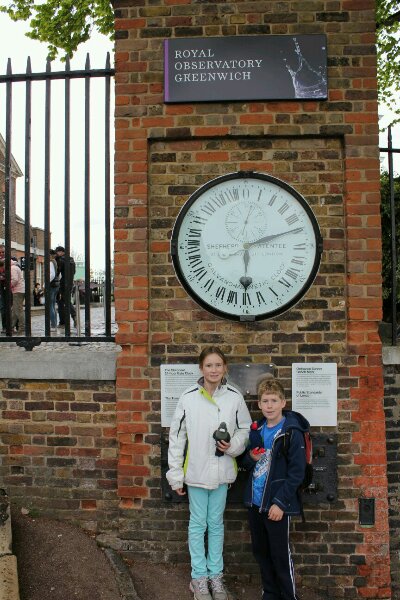 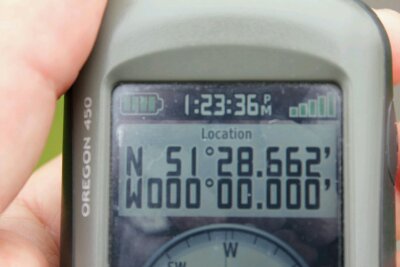 We had booked to go to Sticky Fingers for dinner (famous ribs restaurant set up by Bill Wyman) and planned to visit the Princess Diana Memorial Playground on the way as it was nearby. We cut our time a bit fine though and the kids had to decide between flagging the playground or the dinner – the playground won! It turned out to be a good time to visit as it wasn’t crowded at all. I hate to think what it would have been like a few hours earlier. We didn’t get dinner until well after 8pm as we headed back to the West End and the first two places we went to were pubs that wouldn’t serve kids that late.

Dinner was washed down with a Haagen Dazs ice cream in Leicester Square, then it was time to head East to the Tower of London as we had tickets to the Ceremony of Keys. This is a short ceremony that happens just before 10pm every night to lock up the tower. It has been the same ceremony every night for over 700 hundred years, not even interrupted during the wars (apart from the one night that it started 6 minutes late….). The Beefeater who was our guide for the night did a really good job of explaining the ceremony, and he was quite entertaining. It was a real London experience enjoyed by all and a good chance to get into the Tower of London without giving them a wad of cash. The only downside was that the English drizzle turned to real rain so we did get a bit soggy. By the time we got back to the hotel just before 11pm we were very ready to collapse into bed.