Today it was time to hit the slopes. Lifts opening was 8:30am and there was no danger of us sleeping in and missing it. Villa Nozawa came through with a great breakfast. It felt a bit strange sitting at low tables with cushions, eating cereal, waffles and vegemite!

This ski area has three bases. The closest one is about 150 metres from our hotel so was an easy starting point. Once we’d found our skiing legs again on an easy run at the base, we headed off up another chairlift which linked us to the longest gondola. A 3.5 km ride in the Nagasaka gondola whisked us close to the top of the ski field. There is still plenty of snow here (about 4 metre base at top and 2m at village) but the crowds of winter have long gone. People were commenting how busy it was for the weekend – they’ve obviously never been to Whakapapa on a fine week day.

It’s typical spring conditions here as temperatures are not cold this week. The snow was firm at first but soon softened and was really lovely until later in the day. Skiing with the most polite people on earth is so different to what we are used to. There’s a real relaxed calm feeling to the whole mountain and the lift staff are incredibly kind and friendly. They remembered us easily (wonder why?!) and we hardly ever had to present our lift passes. There are lots of wide open cruisy runs here, one is even a road in summer. There’s a mixture of evergreen and deciduous trees, very pretty but a lot more open that the tress of North American ski fields. 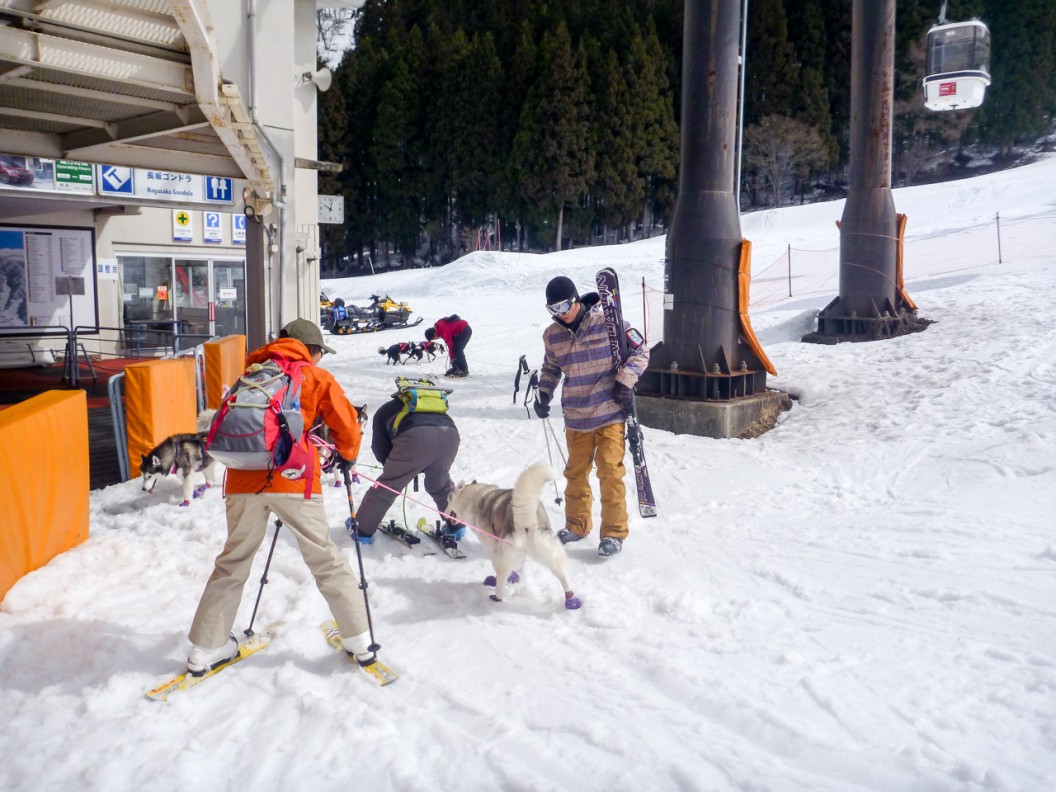 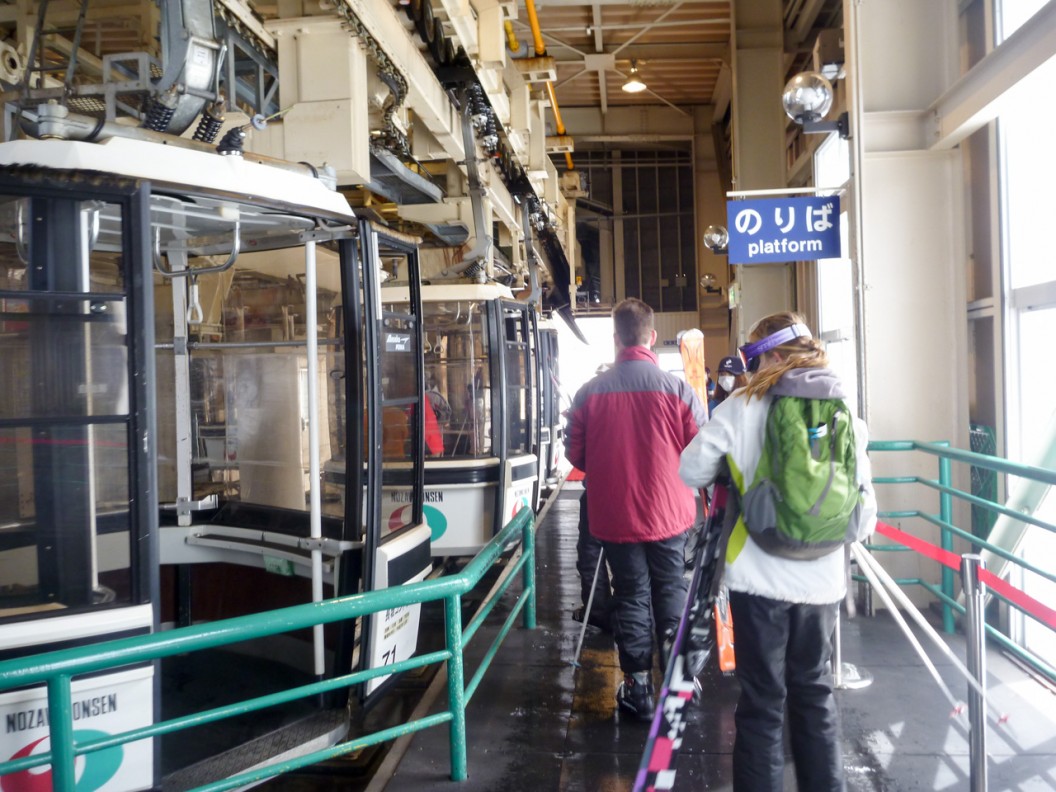 We had a nice relaxing lunch at a mountain restaurant with million dollar views. The tonkatsu (crumbed pork) and wedges went down a treat – almost a Japanese version of schnitzel and fries! The legs had their limits and we were trying not to overdo it as we have a long time here. There was a kids freestyle skiing competition near the top so that was a great excuse for a rest too. 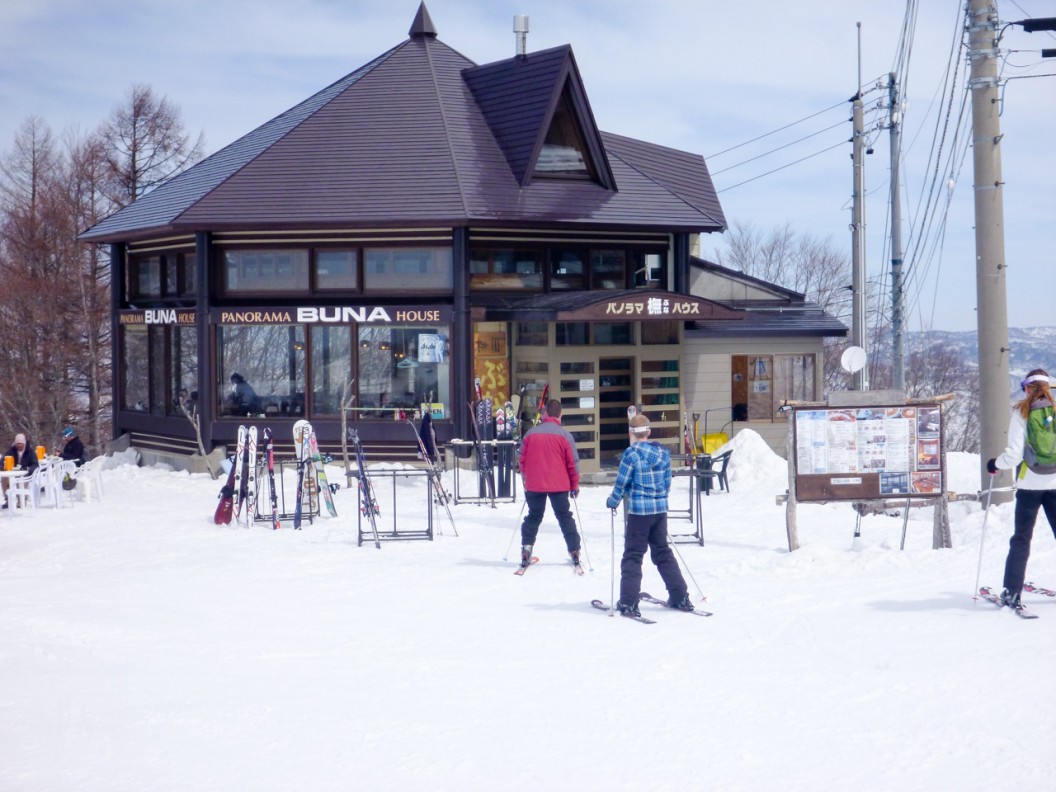 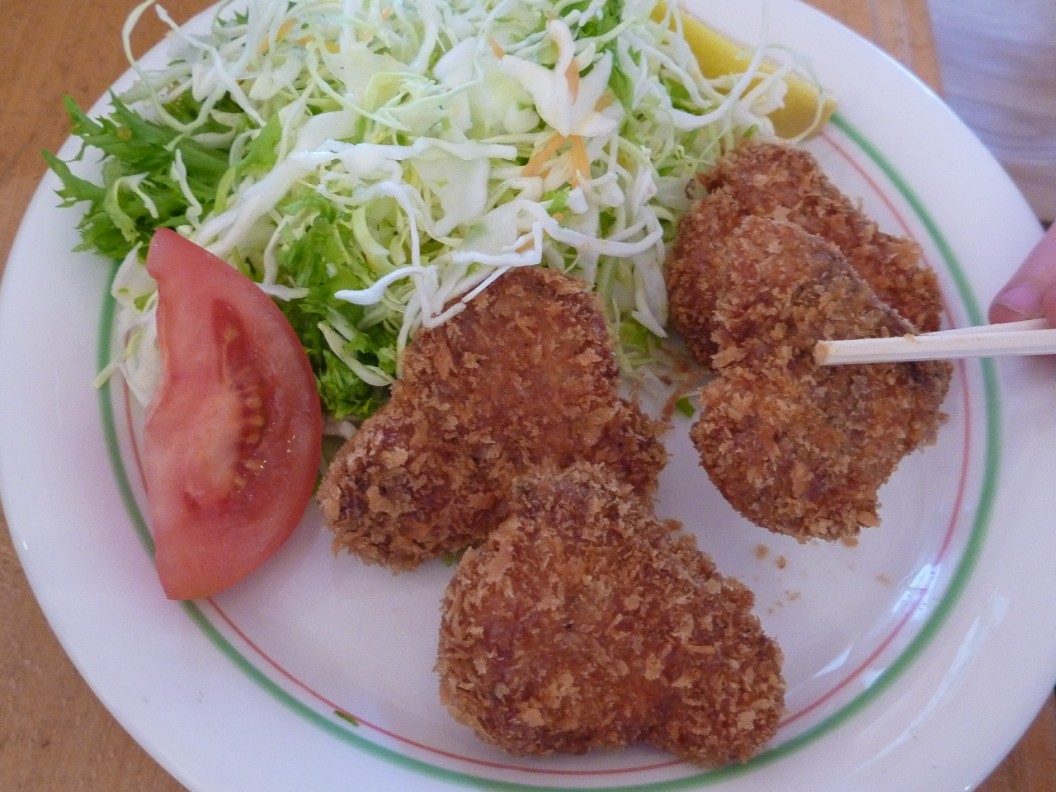 By mid-afternoon the snow was getting slushy so we headed down for a rest. It was quite hard work getting back along the gentle trails as the snow had slowed right down. Sometimes the snow had sticky patches and it felt like your skis almost stopped but the body kept going! 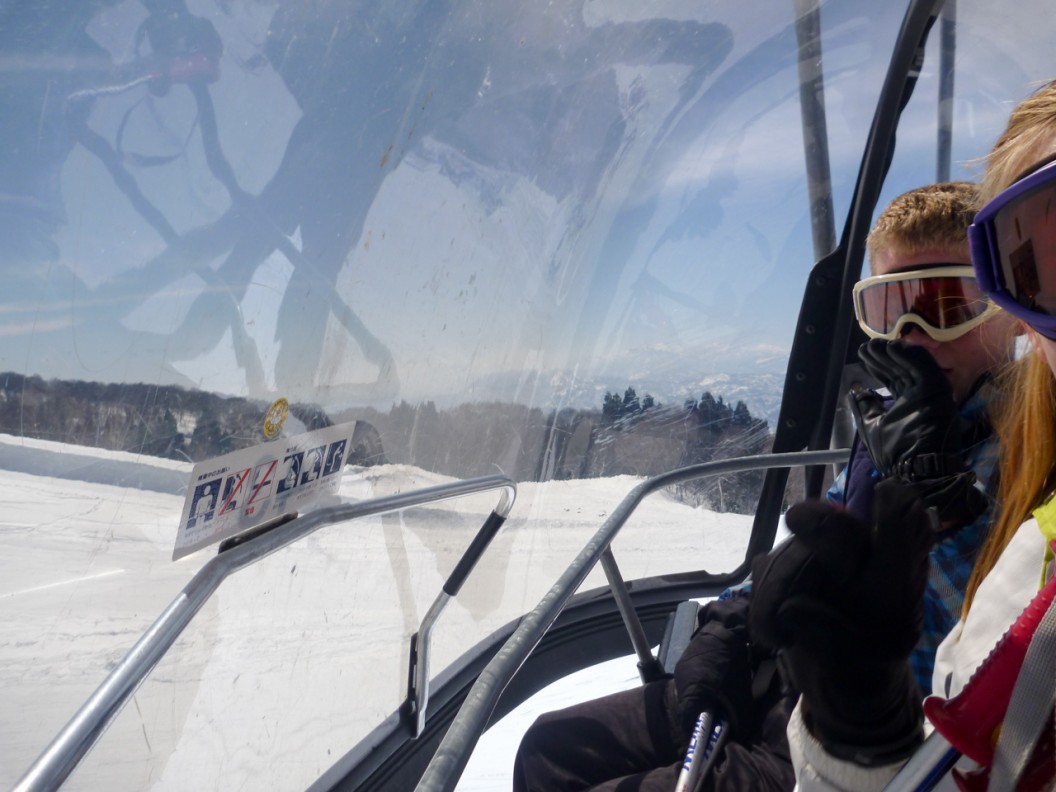 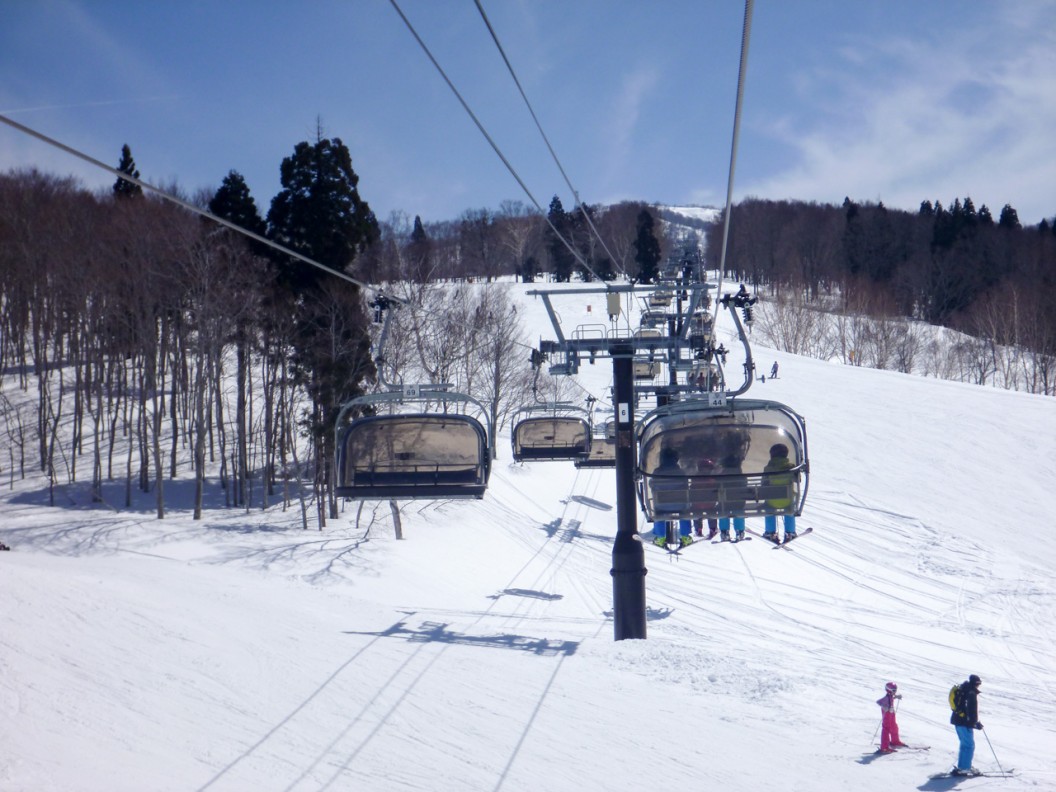 We rested the weary legs for a bit and had a couple of pizzas delivered from a nearby restaurant, then headed back to the mountain for some night skiing. It was the last night skiing of the season so we just couldn’t resist. The snow had hardened again and was pretty fast, so the legs didn’t want to do too many runs. A great experience though and fun skiing back down through the village to the hotel with limited street lighting. 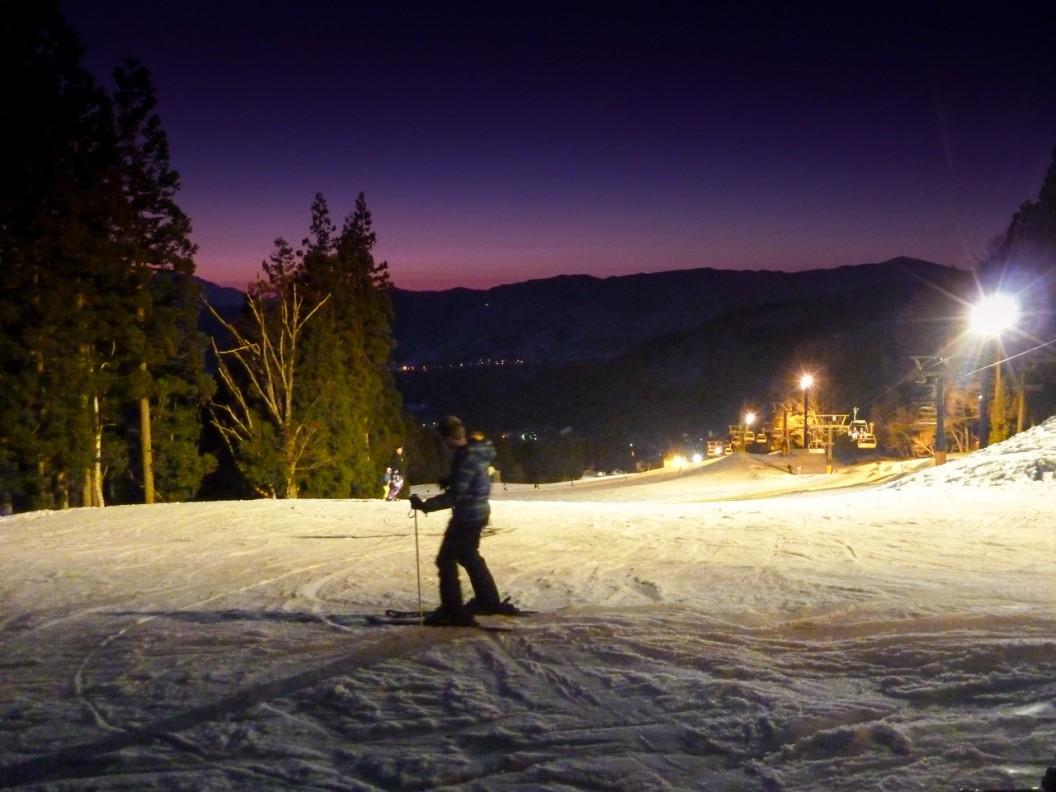 We should sleep like logs tonight, ready to hit the slopes again tomorrow. There is a small possibility of some snow tomorrow. Every time we have taken the kids skiing it has been perfect bluebird weather so they are desperate to see snow actually falling. The forecast isn’t looking particularly promising for our stay here, but fingers crossed for tomorrow.

Where did all these people come from?

From the Altantic to the Pacific