With our early bird start, we were able to have a nice laze in bed and still get to breakfast for 6:30am opening. The freebie breakfast was surprisingly good – toast, sausages, rice, veggies, noodles and a few unidentifiable dishes. It was funny watching other people eat – the Chinese tourists were tucking into tomato sauce sandwiches and eating them whole with chopsticks! After checking out the nearby 7-eleven, we headed back to the airport terminal to catch the Narita Express to Tokyo. Narita Airport is about 75kms east of Tokyo, so the landscape started with villages, rice fields and bamboo, but soon changed to built up areas. As we got closer to Tokyo, the houses got progressively smaller and closer together until it was just a mass of apartment blocks.

Tokyo station was huge, but very well signposted and easy to get around. We’d allowed an hour to change trains and find some lunch so it was pretty stress free. Just before lunch we boarded one of the brand new Hokuriku Shinkansens (bullet trains) heading for the Japanese Alps. When I booked our ski week at Nozawa Onsen, it was a four hour journey from Tokyo. About a month before we left, I discovered that that the new bullet train would cut the total travel to just over 2 hours from from 14 March. How nice of them to organise this in time for our visit! The train ride flew by. It was a stunning bluebird day with a bit of haze in the distance, but not enough to stop us getting some great views of Mount Fuji. The second half of the train trip was mostly in tunnels so only the occasional glimpse of mountains and countryside. At Iiyama we crammed into a small taxi for the 12km ride to Nozawa Onsen.

Nozawa Onsen is a traditional farming village tucked in the side of the mountains not too far from Nagano. When the farms are buried in snow, it turns into a ski village. Onsen is the Japanese word for hot spring, and this place has plenty of them. There are about 30 hot pools across town and parts of it smell like Rotorua. At one end they have a cooking onsen for the villagers only, it reminded us of Whakarewarewa. Matt was playing with a snow bank on the side of the path and one of the old village ladies had a lot to say to him. It didn’t seem to occur to her that he wouldn’t understand and we have no idea whether he was getting a telling off or not. The only word he understood was the thank you at the end! 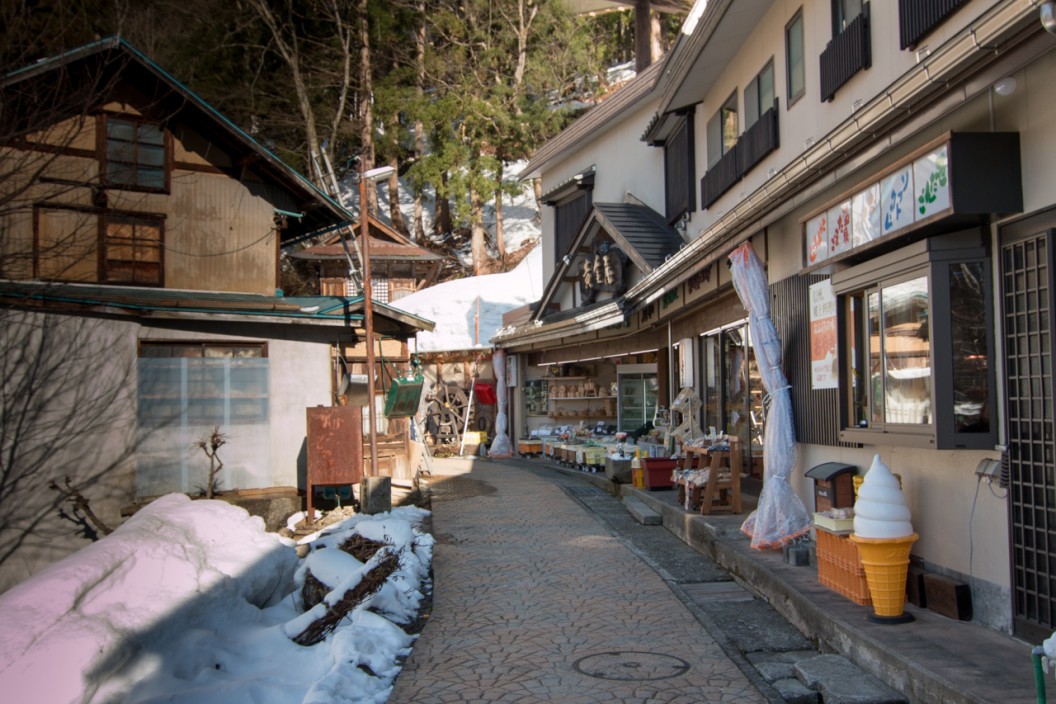 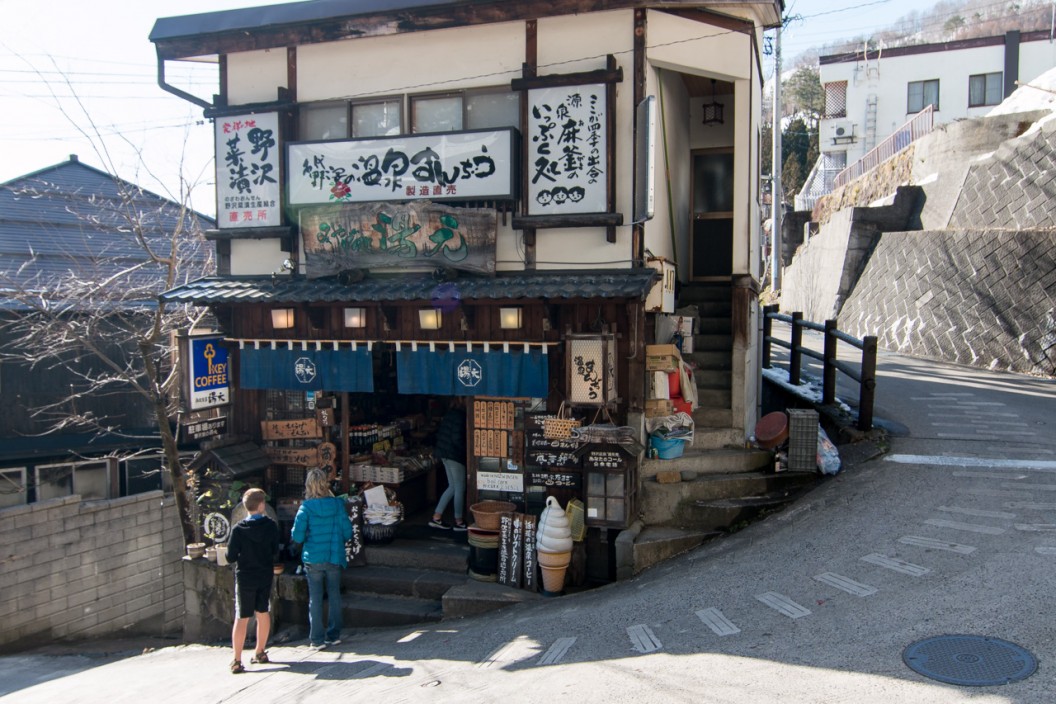 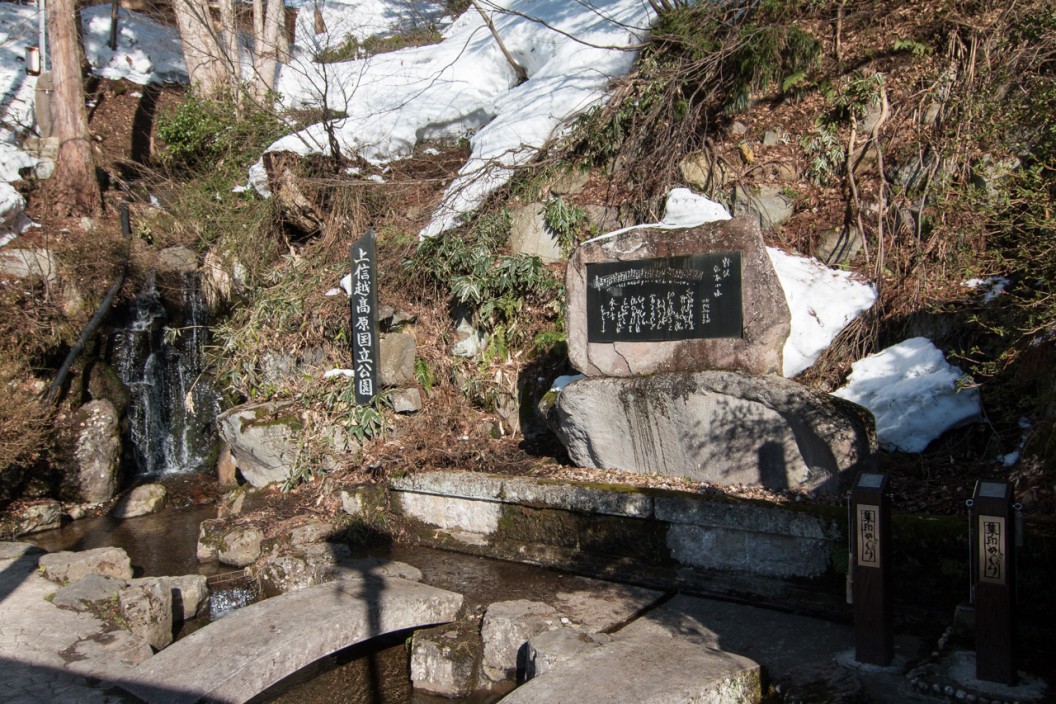 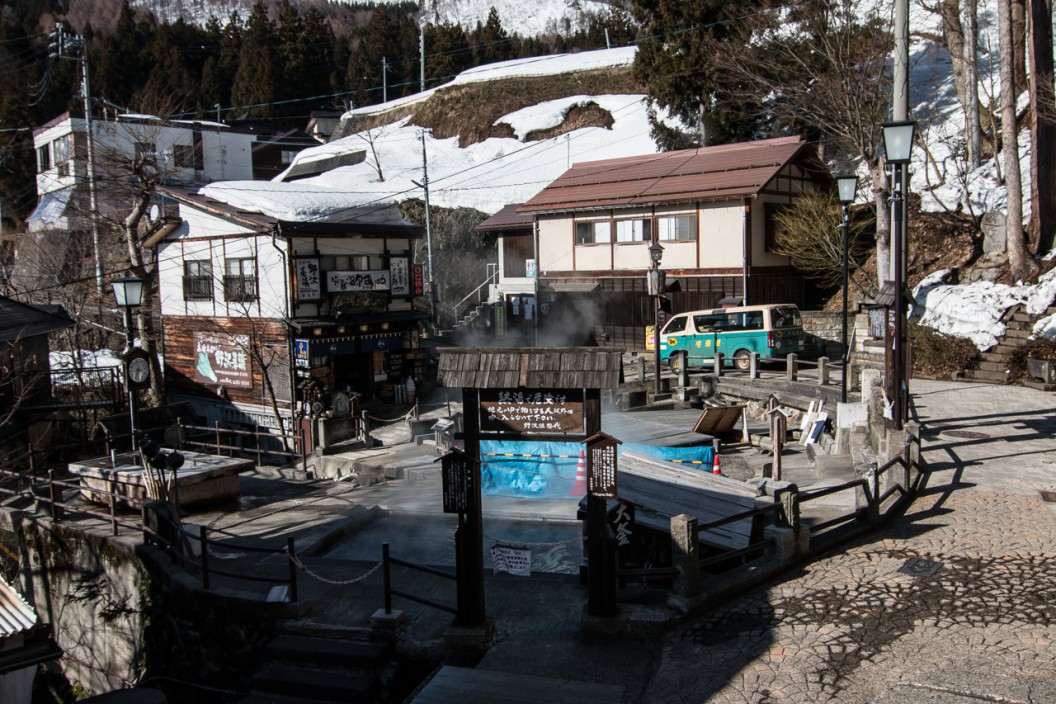 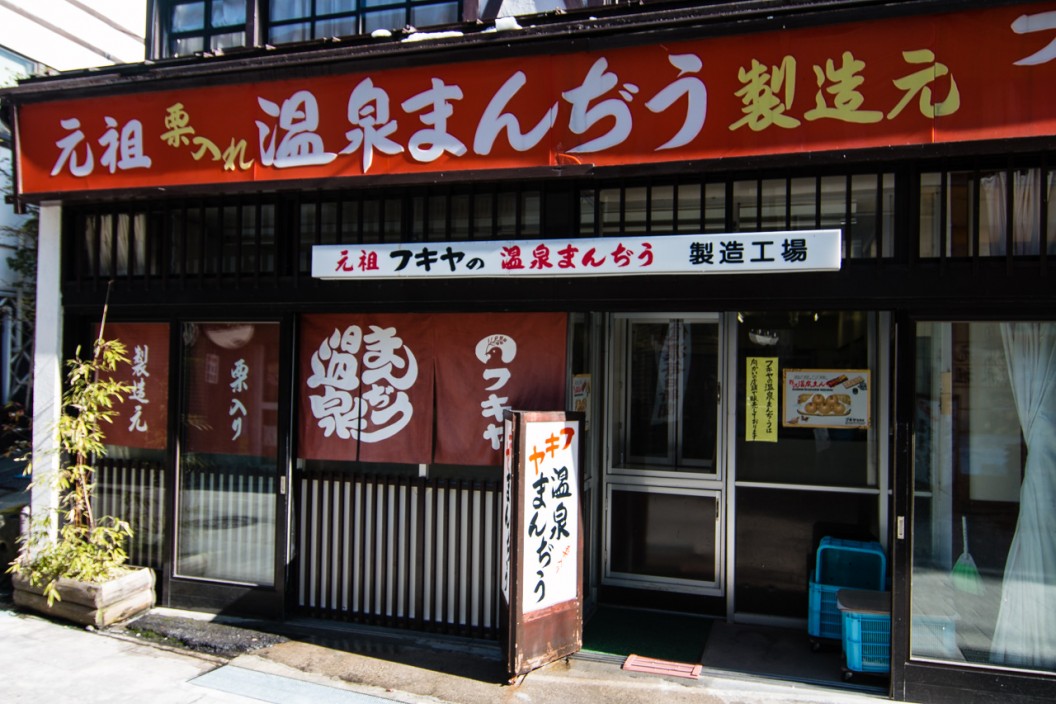 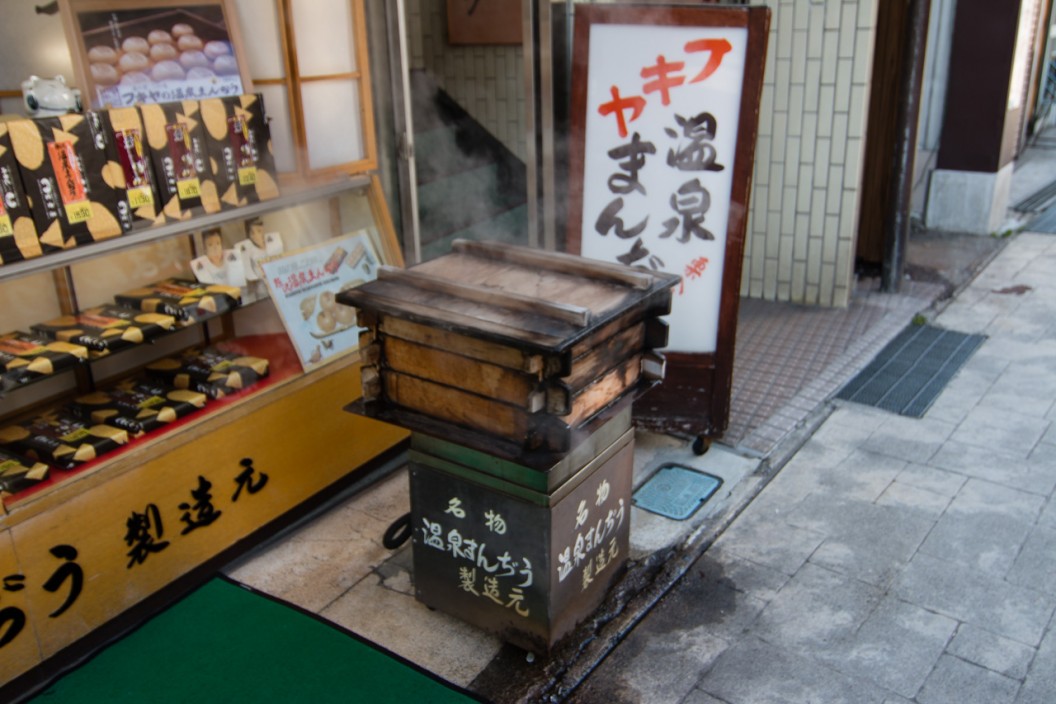 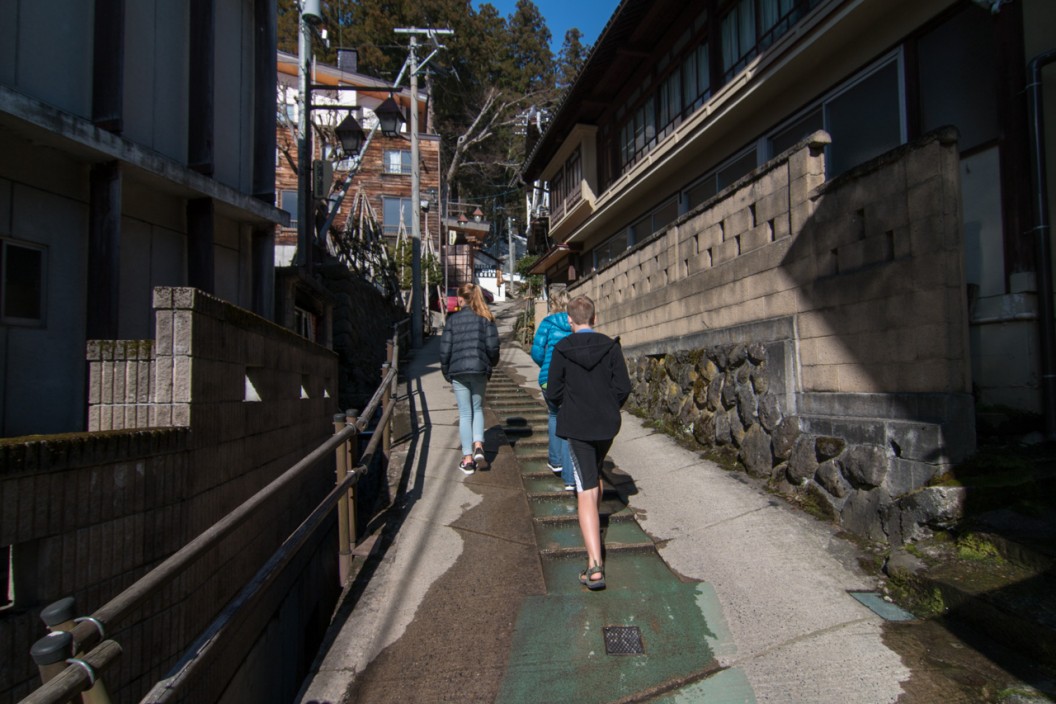 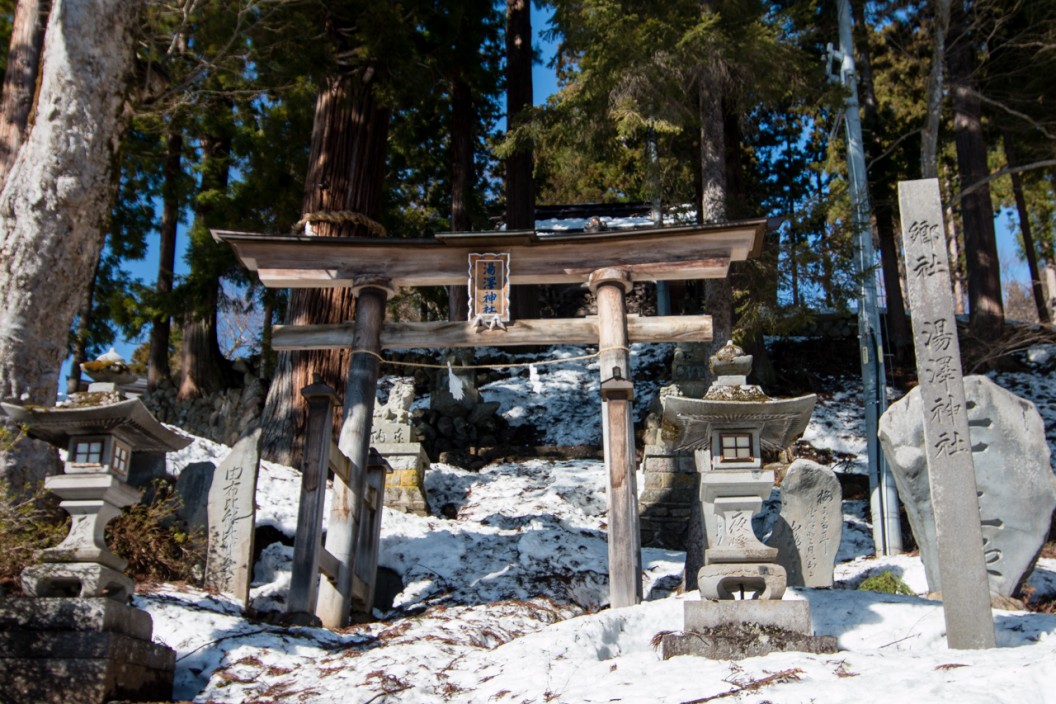 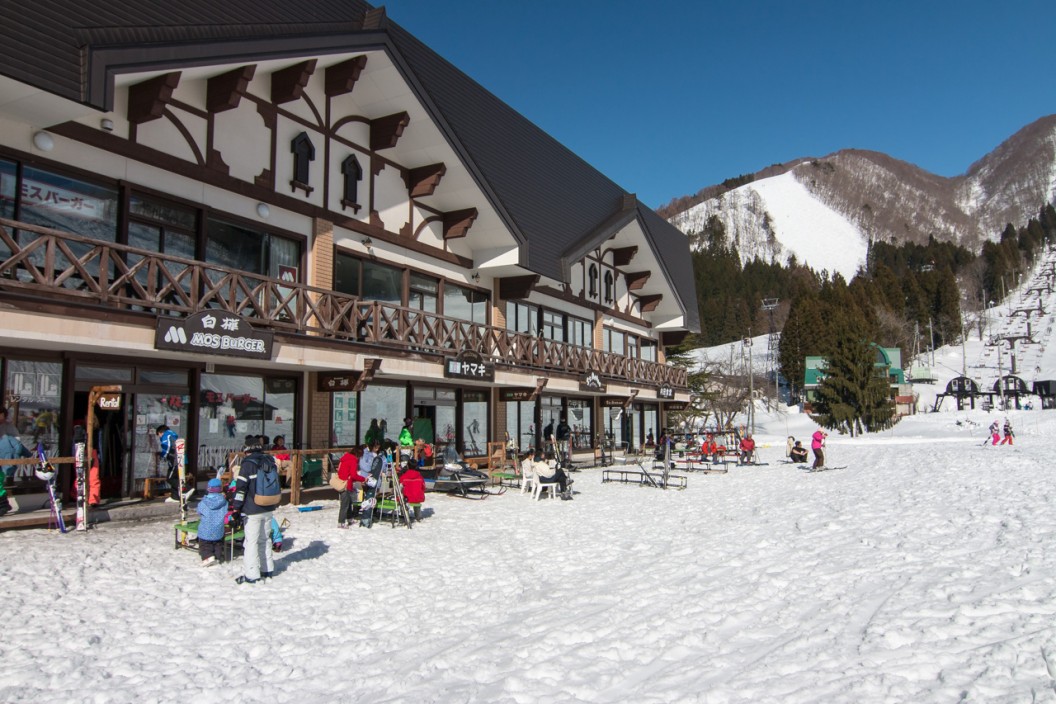 We have two traditional rooms here, with tatami mats and futons. Shoes get left downstairs and replaced with slippers. The Tatami mats have a really unique smell (nice fortunately!) and we really feel like we are in Japan now. 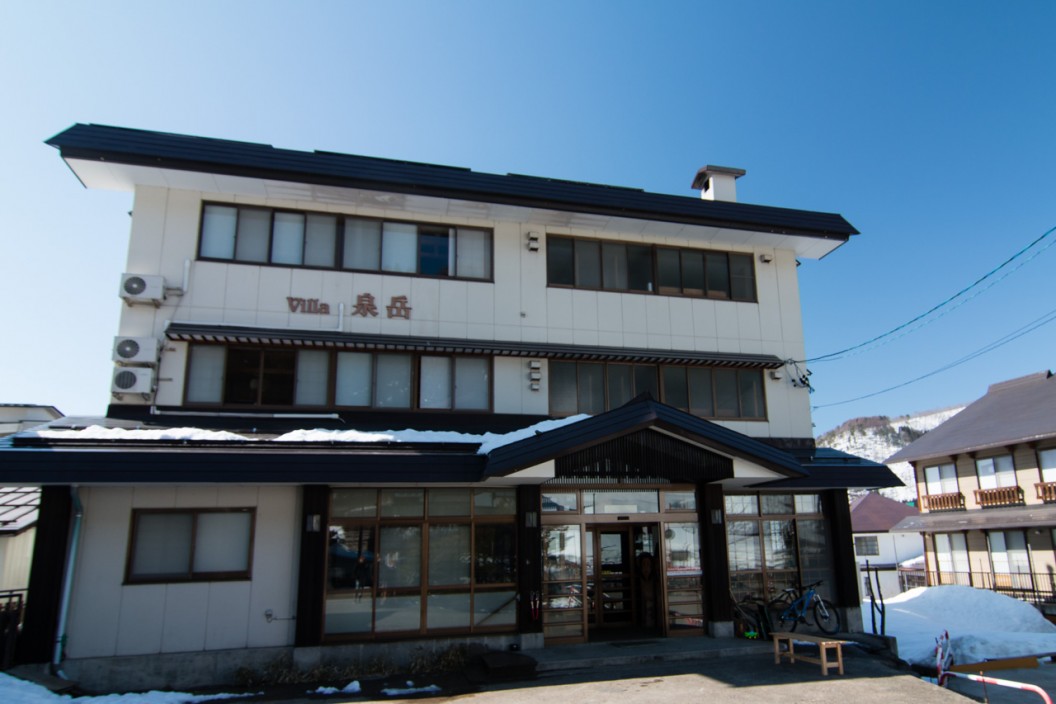 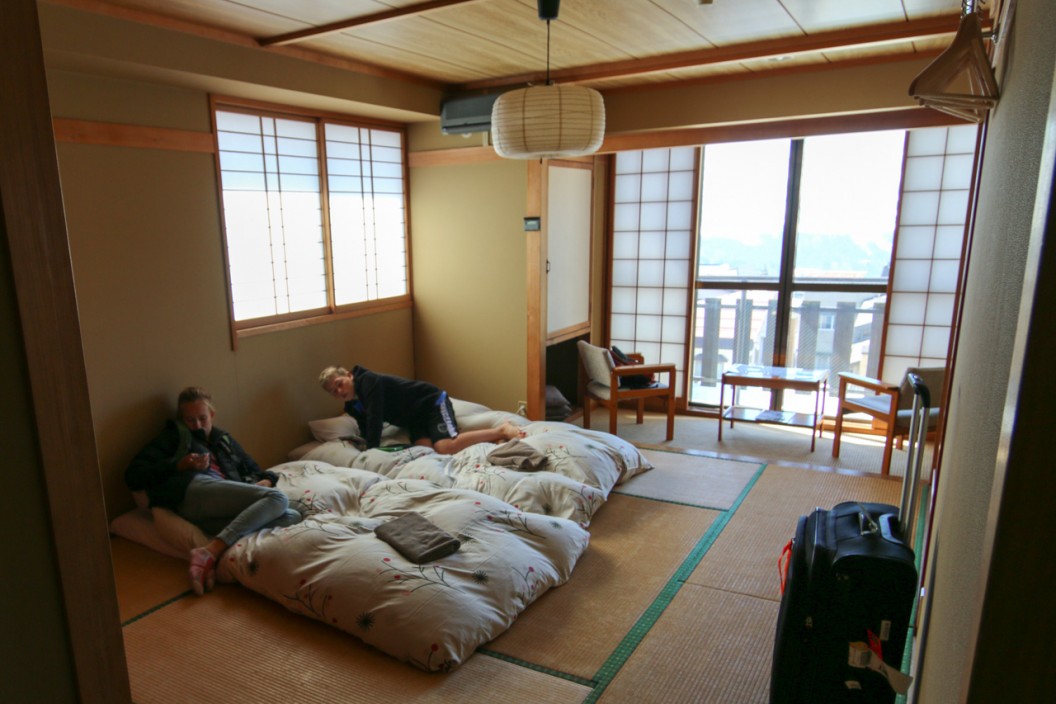 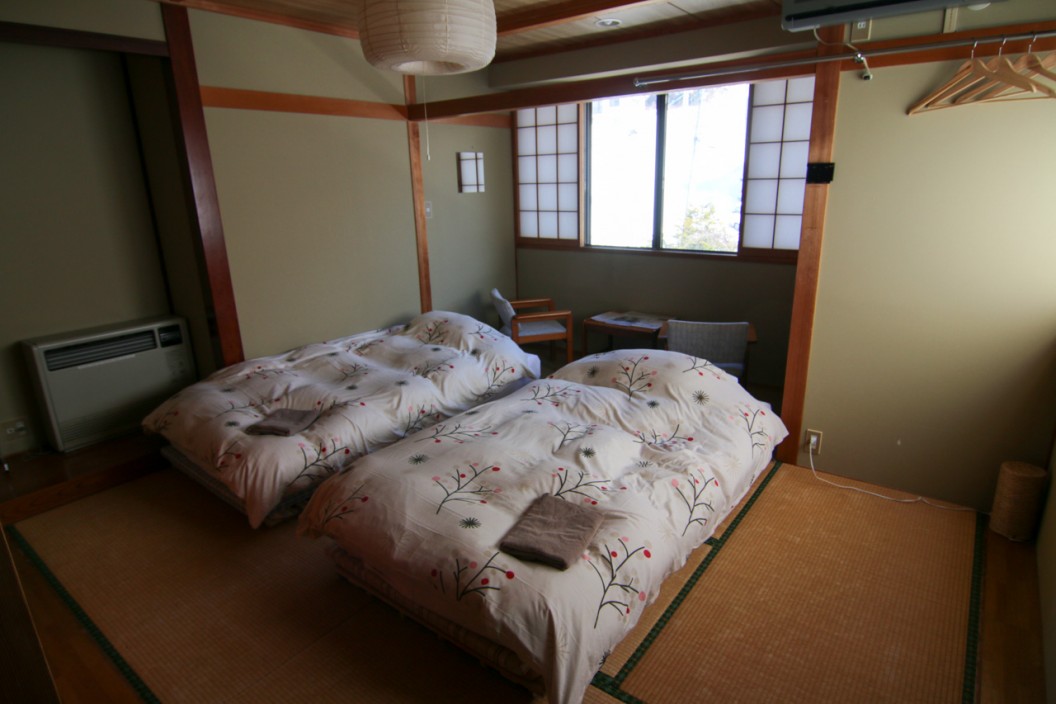 We spent the rest of the afternoon exploring the gorgeous village, sorting out our ski gear and of course checking out the Japanese ice creams. Definitely the cheapest round of ice creams we’ve had in while – about $6 for four! Cheap is not the first word that comes to mind when you think of Japan, but things have really changed here. We had all sorts of dishes to share for dinner, feeding the whole family for under $50. People seem to eat early here (the restaurant we went to closed at 8pm) but that suits us just fine with the time change.

We were all tucked up in our futons just after 8pm. This village has serious amount of water running through it. There are streams and pipes everywhere, they seems to be a mixture of hot water streams and snow melt. Lying in bed listening to the running water reminded us of camping in Kaueranga Valley, but the beds were a lot more comfortable!