It took a bit of time to pack up this morning after a week of being in one place. It’s amazing how much stuff you can accumulate and spread around in seven days! We were on the road just after 9am, destination Moab in Utah. Moab is only 3 hours drive from Durango, so there was time to do some sightseeing on the way.

About 45 minutes out of Durango is Mesa Verde National Park. This is the largest archaeological site in the USA. It contains numerous ruins of cliff dwellings built by the Ancestral Puebloan people. The White House ruins we saw in Canyon de Chelly were on a much smaller scale than Mesa Verde. 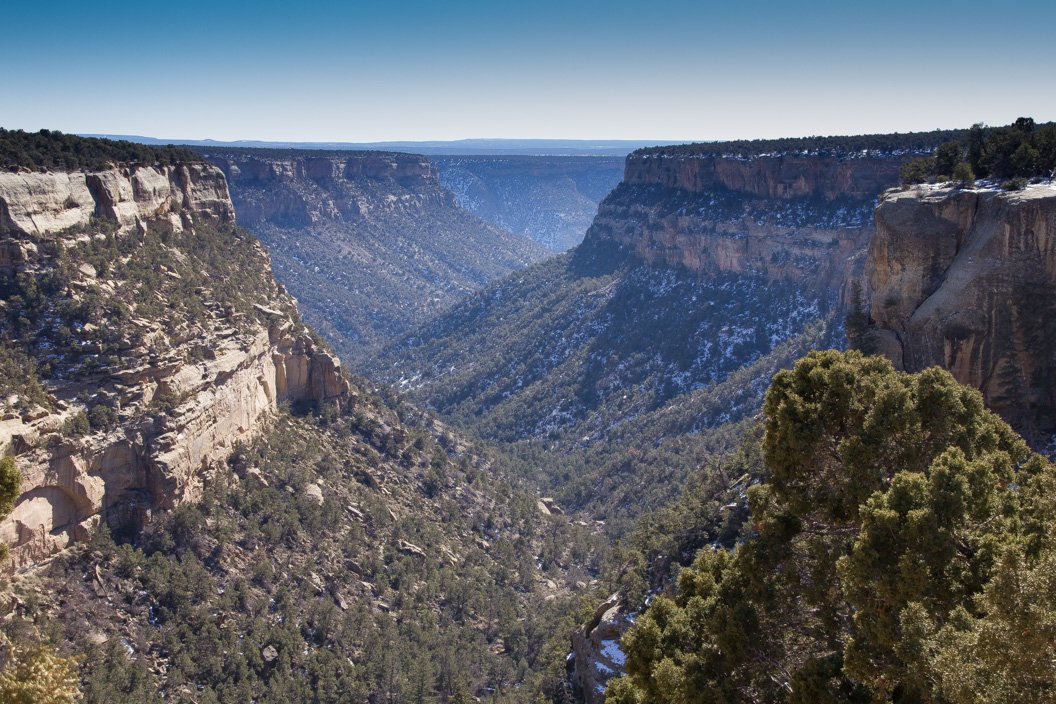 Spruce Tree House is the only one of the ruins can be visited in the winter. It contains about 130 rooms and 8 kivas (ceremonial chambers). It was a short walk down into the canyon, but nice to stretch the sore legs after some time in the car (legs were predictably sore after yesterday, although not as bad as we had feared….) We could get right up to the cliff dwellings and even climb down a ladder inside one of the kivas. It was amazing to stand beside these dwellings that were around 800 years old. The Puebloans abandoned these dwellings in around 1200AD and headed south to New Mexico – they believe they left due to lack of water and climatic change which made it too cold. 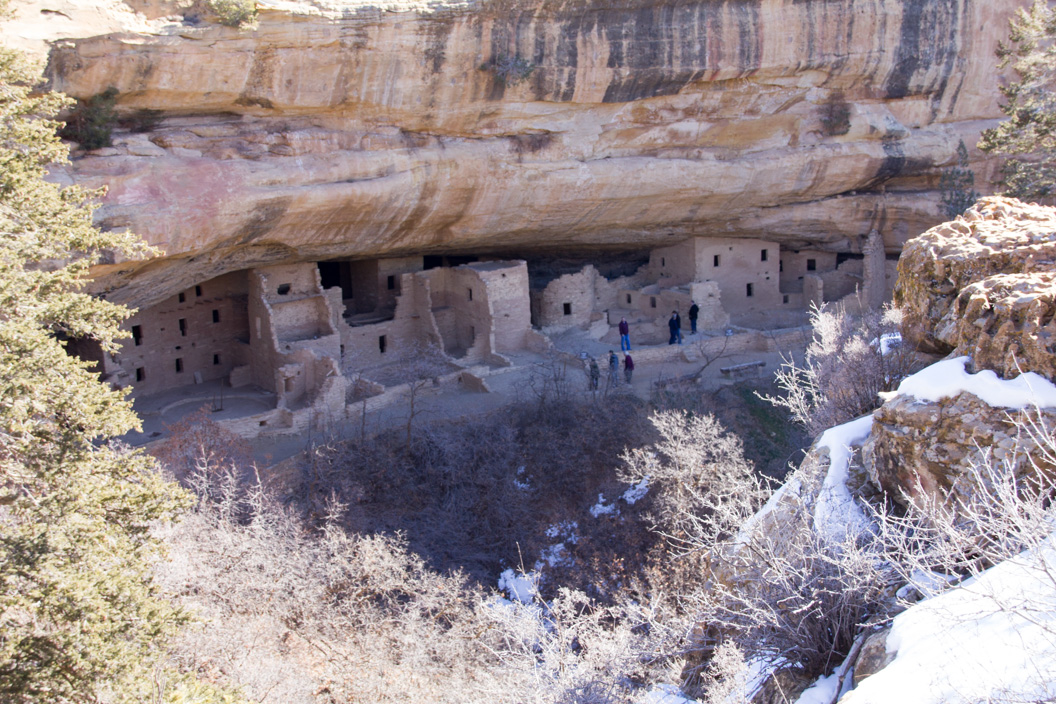 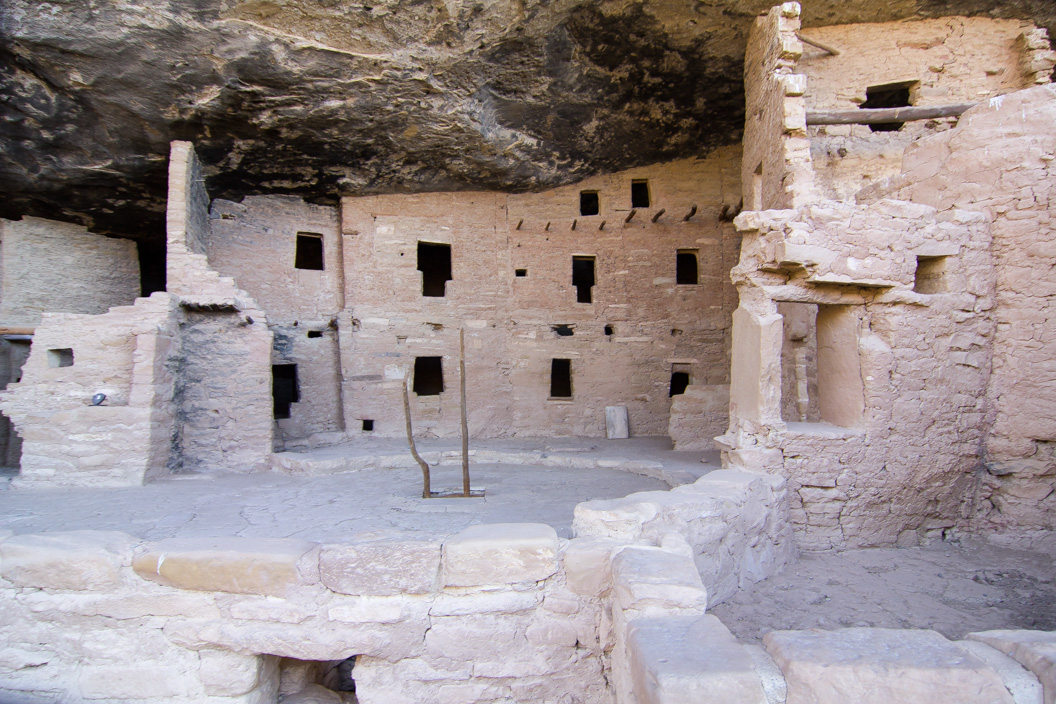 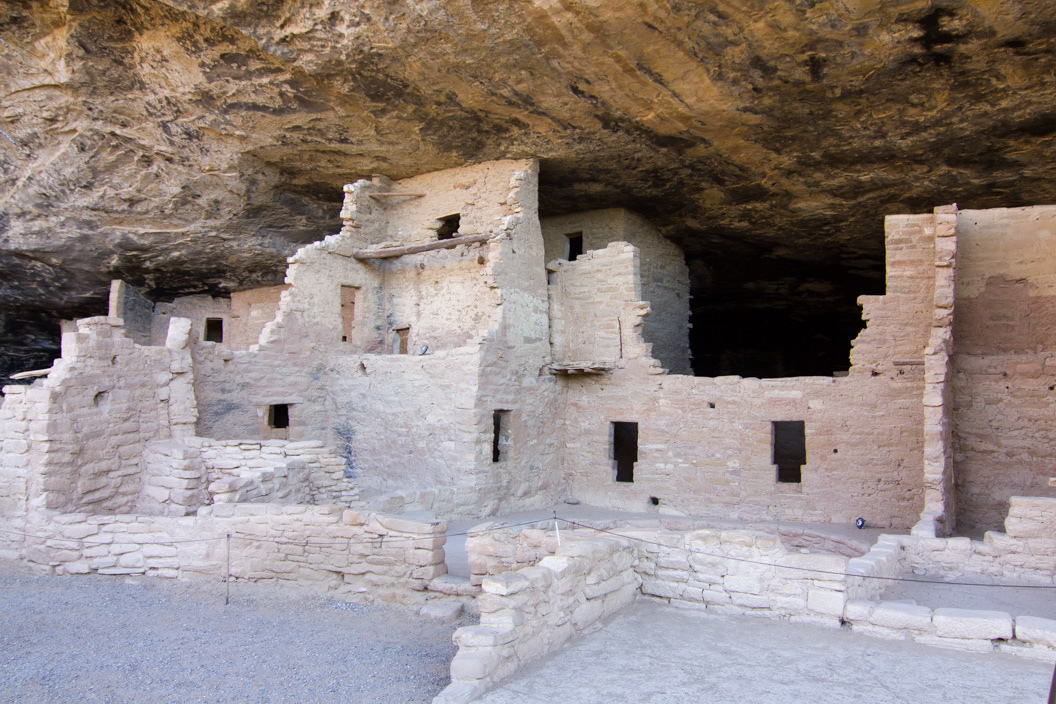 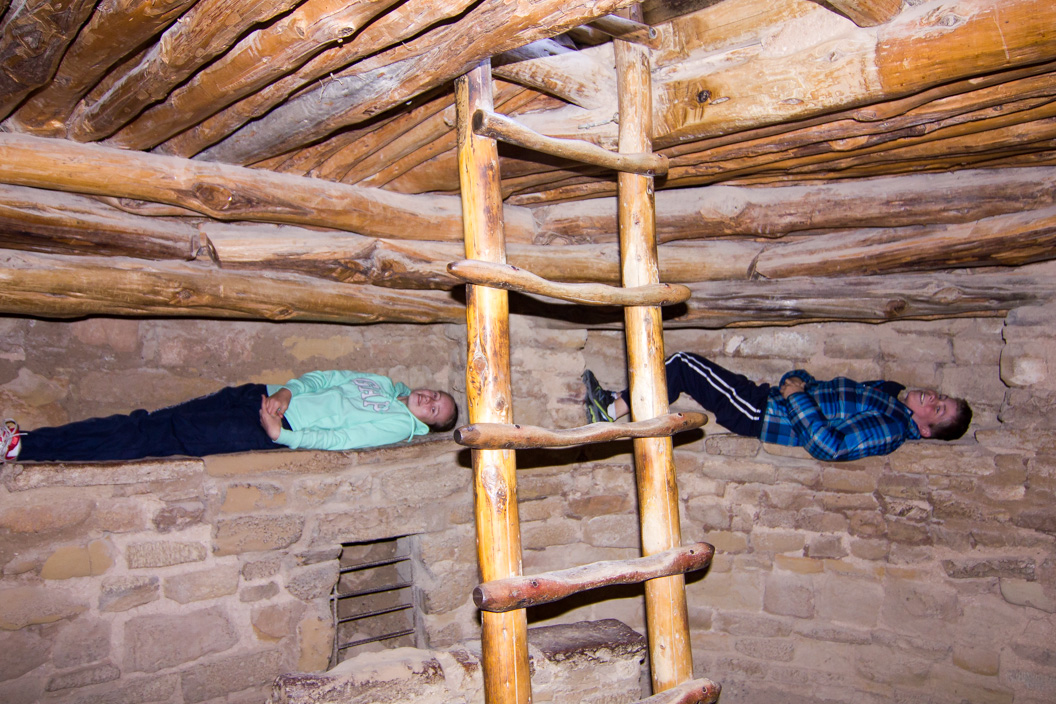 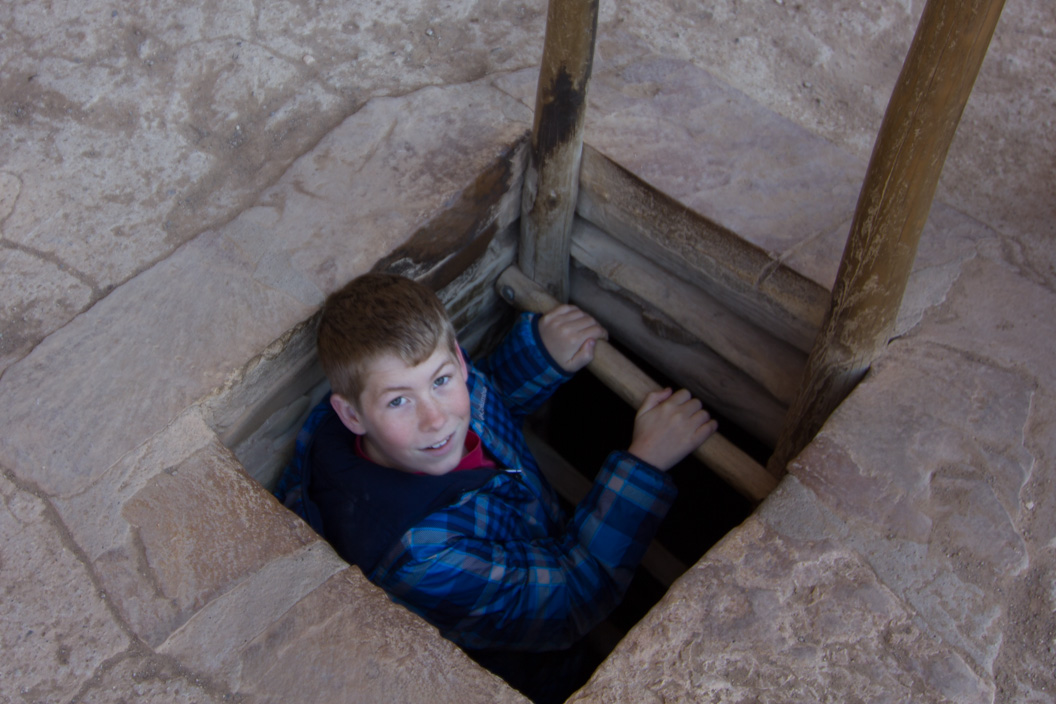 We weren’t able to visit the other ruins, but we found a lookout point that had fantastic views of Cliff Palace, the largest ruin. In a way these ruins look almost more amazing from a distance as it gives the perspective of where they were built. After a good dose of history and culture (probably the last for the trip!), we carried on to Moab. 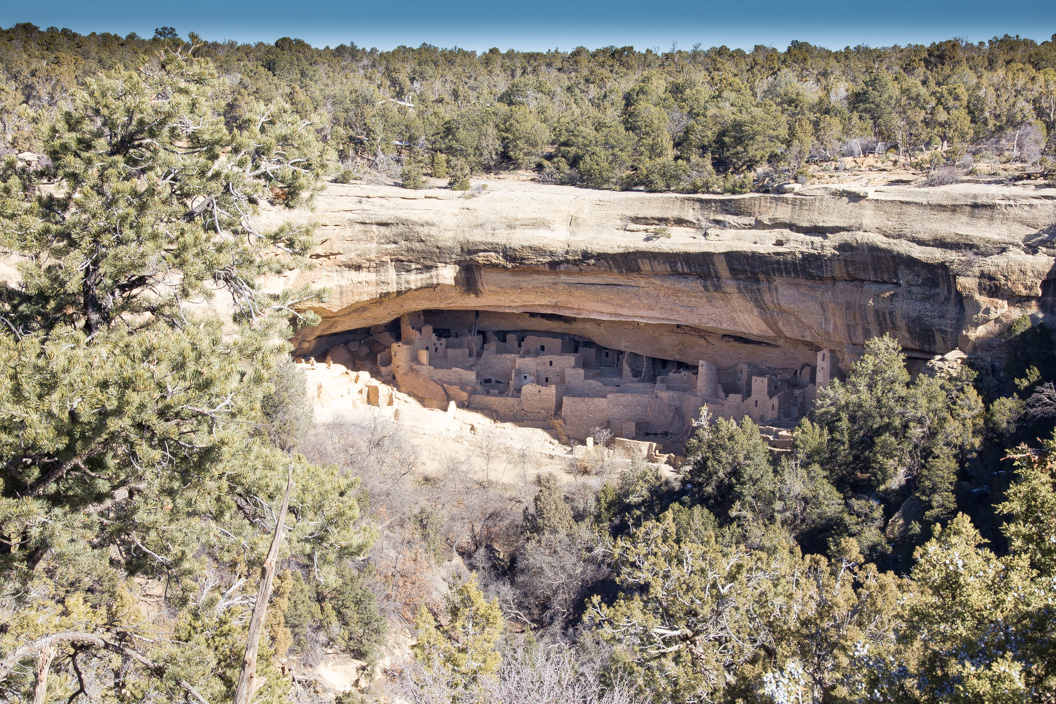 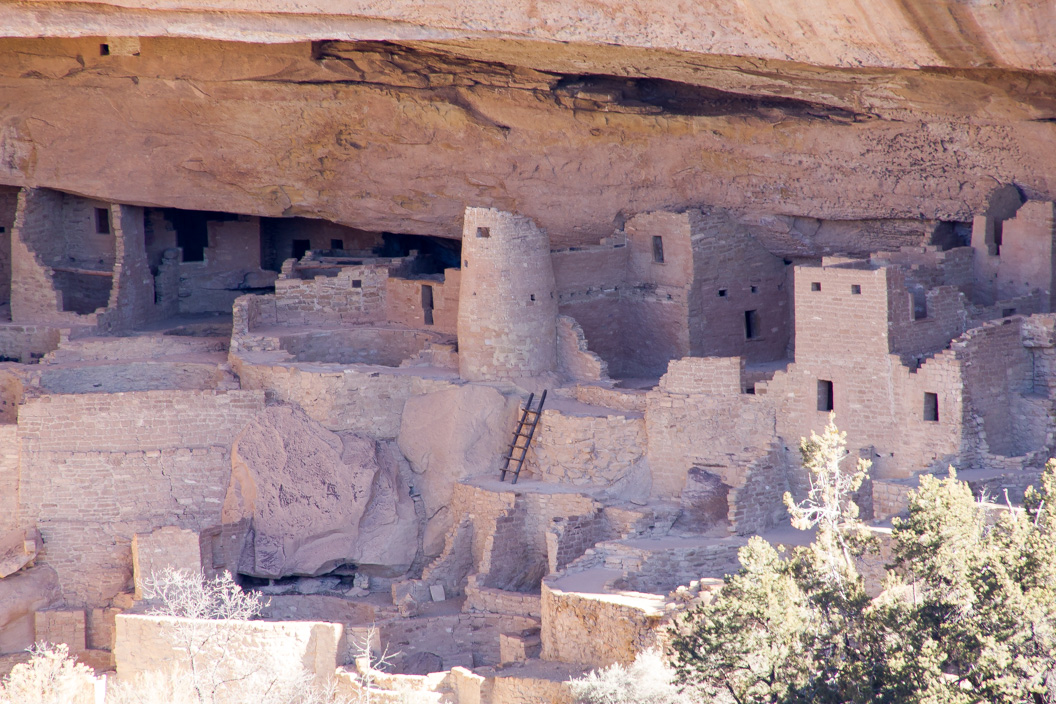 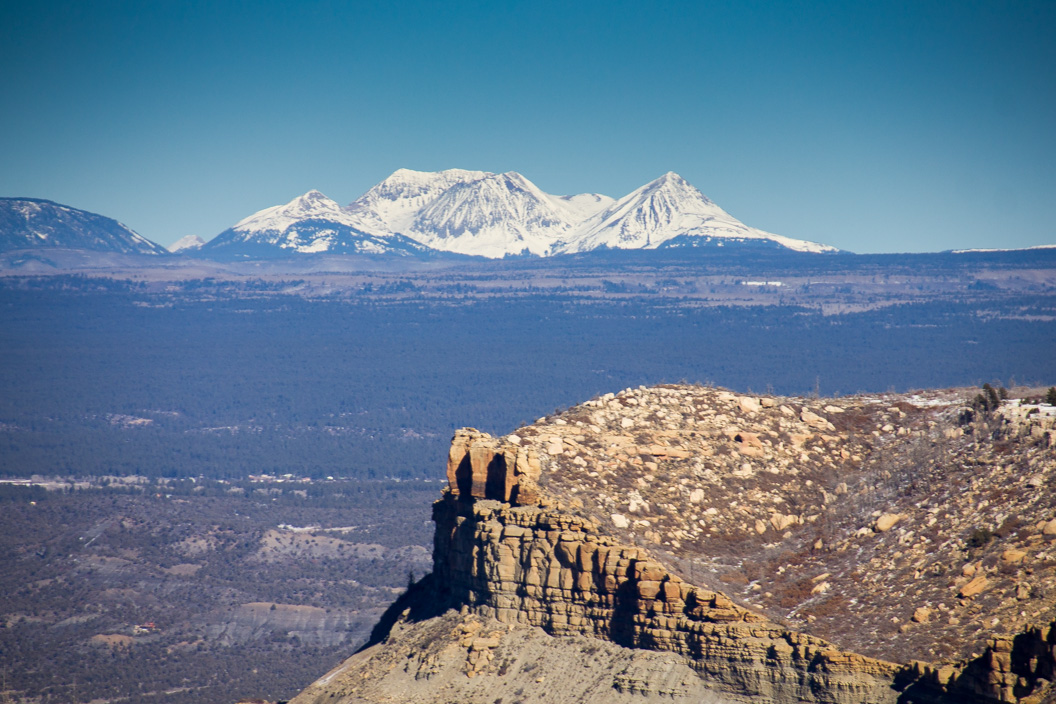 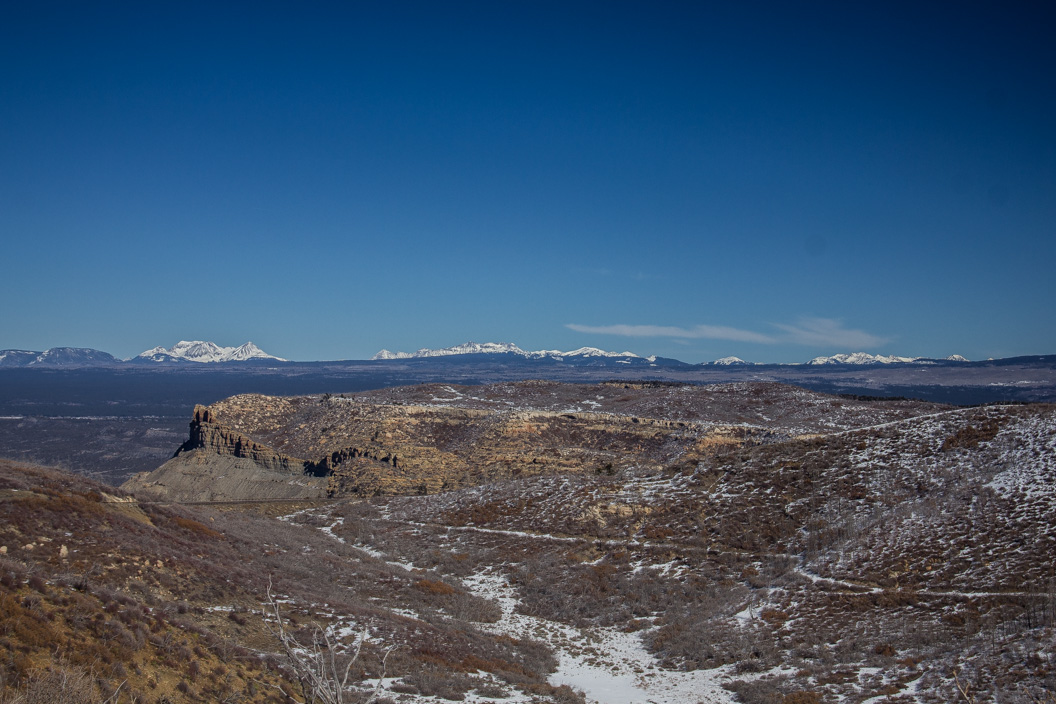 The landscape changed a lot during the three hour drive. The first part was flat plains with huge snowy mountains popping up behind them. It was strange to see the horizon over land rather than water, and sometimes the snowy mountain peaks looked small as you could only see the peak popping up over the horizon. After Cortez the landscape change to rolling hills with farms. It probably would have looked rather boring normally, but everything looked beautiful covered in snow.

About an hour from Moab the red rocks started. The contrast of the red rocks with snowy mountains behind was beautiful. Our hotel here is lovely and right in the centre of town, although sadly the hot tub is closed for renovation. We had been looking forward to a bubble to help ease the sore muscles.

We were back to eating out tonight. Andy and I decided we needed to have a good feed of ribs, our first of the holiday. Matt is hooked on the steak here, the Americans sure know how to do good meat! Tomorrow we will explore one of the nearby National Parks – it looks like Arches National park is the popular vote. The weather man is promising a few clouds tomorrow, so that will be a change from the endless sunny skies.

To the Land of Mickey Mouse