Our flight tonight was not until 7:45pm, so we had a bonus chance to explore the city. It was lovely to have a leisurely start, another huge breakfast (going back to cereal is going to be tough!) and still have time to see a few more sights. Visiting places around the city involved lots of cable car rides, much to the delight of the kids. They are a definite favourite of young and old alike, although you know your kids are exhausted when they choose to sit down rather than hang off the side. We have been going at a fair pace for the last month and San Francisco has just about finished us off. It’s funny how big cities seem more tiring than long steep hikes, but maybe it’s just the cumulative tiredness effect?

After packing our life back into five bags (only one more than we came with, must be all Anna’s shopping!) and leaving them at the hotel for the day, we were off to Lombard Street. Better known as “Crooked Street”, a segment of this street is a zig-zag road to help vehicles get down the steep gradient. I would hate to live on this street as it’s a major attraction, but it’s fun to visit and walk down. 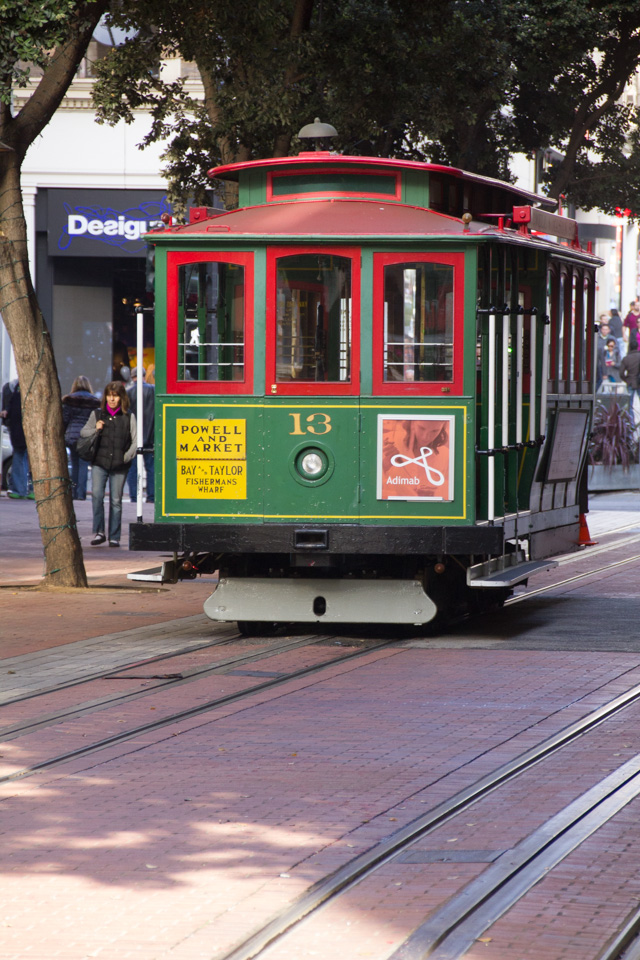 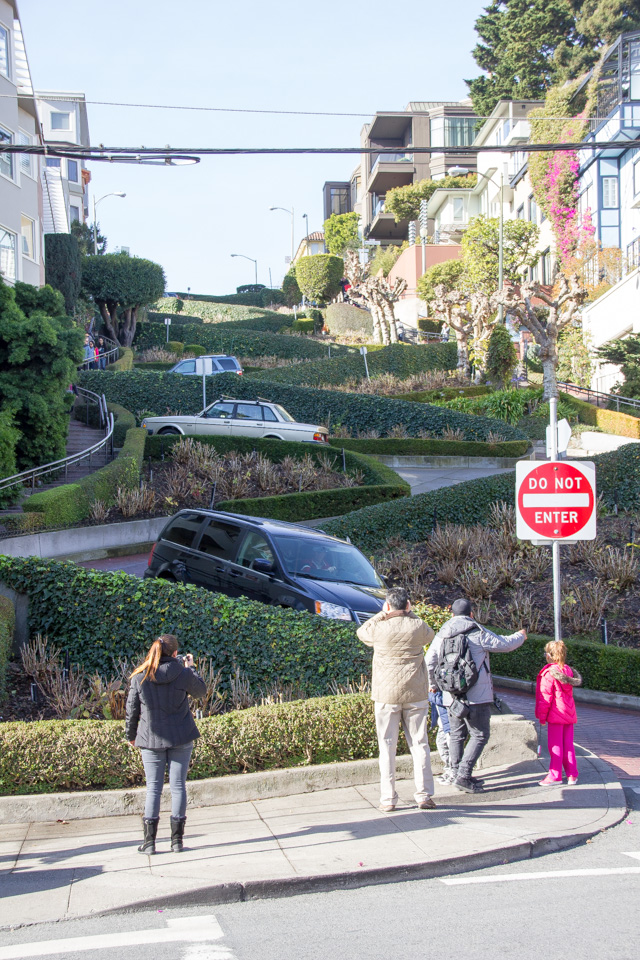 Next stop was the cable car to Chinatown. Anna had great memories of a playground we took them to in Chinatown eight years ago, so we went in search of it. It didn’t take long to track it down, and it was just as she remembered. The kids had fun playing on the memorable tyre swing (even though they were clearly too tall – a lot of growth happens in 8 years!) and watching the groups of Chinese who were playing Mah Jong and cards with great enthusiasm on cardboard boxes. 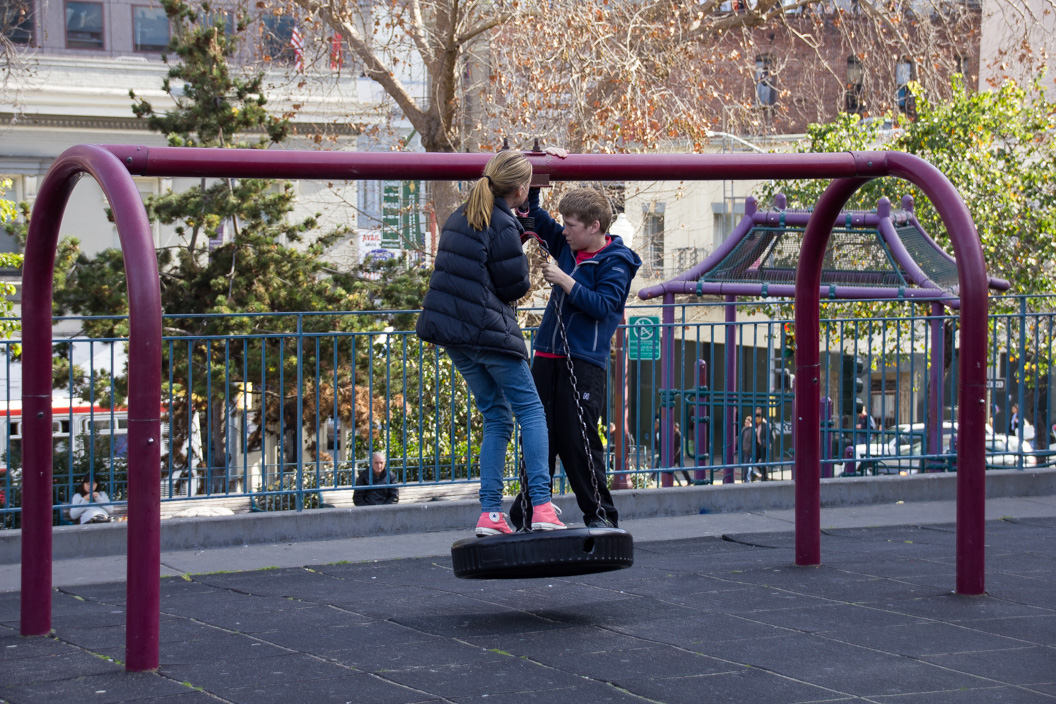 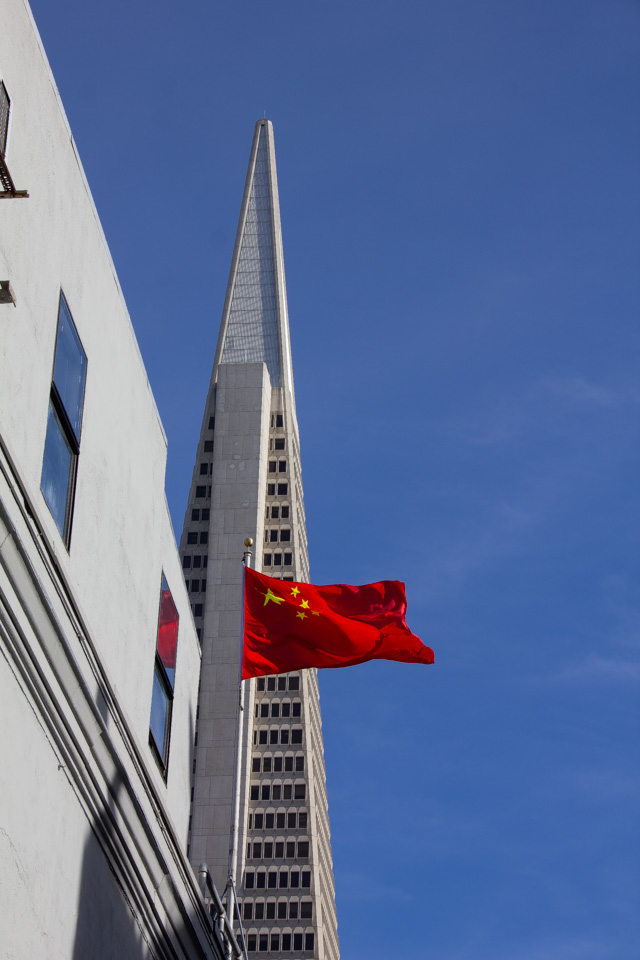 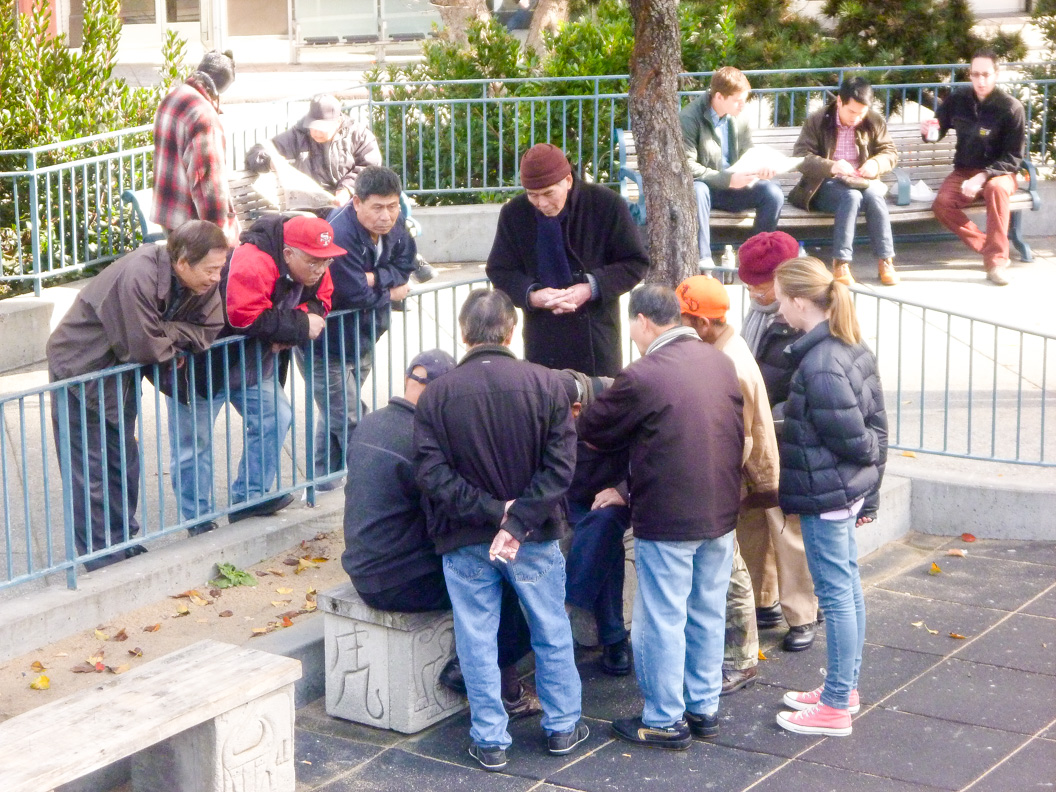 We headed back to the waterfront to find some lunch, taking our first bus ride in the city. We found a pub with Classic American BBQ food at Ghiradelli Square to have one last feed of ribs, pulled pork and fried food. We have done our best to avoid the stereotypical American diet, but in some places it was inevitable (and often rather enjoyable after such physical days!). We had a quick look around Ghiradelli Square and enjoyed some free samples of chocolate, then headed down to the waterfront to see the various ships docked down there. It was a beautiful sunny day but a lot of it had been spent in the shade of the tall buildings. Down at the waterfront we soaked up some last American rays of sunshine.

We headed through Fisherman’s Wharf to catch one last cable car from Mason back to Powell. Fisherman’s Wharf is very touristy along the waterfront, but we were surprised how grotty it became a couple of blocks back from the water. We collected our bags from the hotel and wheeled them the short distance down to the BART station. We were glad it was downhill as our bags have put on weight during their stay in the USA (I don’t think we have thanks to all the hiking!). Our legs appreciated a rest in the BART before the usual routine of check-in, airport security queues and travelators.

We had promised the kids dinner before they got on the plane, but made the mistake of waiting until we were airside to track down food. It was a choice of Japanese, Mexican or sandwiches, none of which appealed to the kids. Where’s Burger King when you need it? Andy took Matt into the airline lounge as his guest in the hope of some better options, but the best they could do was cheese & crackers and mini raw carrots. We eventually found some lasagna for Anna and Matt settled for plain rice from the Japanese place.

The flight back went as well as a long haul flight can go. We had no tray bangers or OCD Mentos munchers to deal with, although Andy had the pleasure of sitting next to a passenger who must have worn the same clothes for his entire holiday. The seats were uncomfortable, but we all managed enough sleep to pass the time and arrive in Auckland feeling reasonably human.

It is now 8pm on Sunday night. Somewhere between leaving San Fran and arriving in Auckland, we lost Saturday. We arrived at 5:30am Sunday morning and have managed to stay awake all day. It has been lovely to catch up with friends and family today, but it’s time to retire to a nice, comfortable, horizontal bed. I’ll write a few final thoughts tomorrow.

Second day on the slopes