We didn’t make the mistake of sleeping too late twice. On Thursday the alarm was set for 8am and we got to enjoy the nice buffet breakfast. The hotel is nice and in a great location, but we feel very much in the minority. We were the only Western faces at breakfast. The majority of guests would be from Iran and the Middle East.

As promised, we set off after breakfast for the Batu Caves. KL has a number of different public transport systems. The light rail/monorail system in the central city is not expensive by Western standards – it costs around 50 cents (NZ) for a short ride. To get to the Batu Caves, we needed to take a commuter train from the central station. When we bought our tickets, we realised that the monorail charges tourist prices. It cost just over one NZ dollar for all four of us to travel half an hour to the Batu Caves!

The train was very new and it was bliss to spend half an hour cooling off in the air conditioning. The caves were a few hundred metres from the station, and up 272 steep steps. Although it was quite hot, the steps didn’t worry us thanks to all our stepping training over the last two months. There was more cloud than on previous days which made it a bit cooler and we are definitely getting used to the heat.

The Batu Caves are a Hindu shrine inside the hills north of KL. The kids were keen to see the caves and various temples, but the real draw was the monkeys that roam the area. We didn’t have to go far from the station before we met the first cheeky creatures. It reminded us of our visit to the Rock of Gibraltar. Most of the monkeys were very bold and very keen to grab any food they could get their hands on. Lots of people were carrying food in obvious places and the monkeys just grabbed it and ran off. One lady had her hand bag snatched and had to fight with the monkey to get it back. She succeeded but lost the food inside and had a ripped handbag as a souvenir. The funniest sight was a monkey that stole a bottle of raspberry soft drink and sat down to drink. It was good entertainment, but not sure how good it was for the monkey! 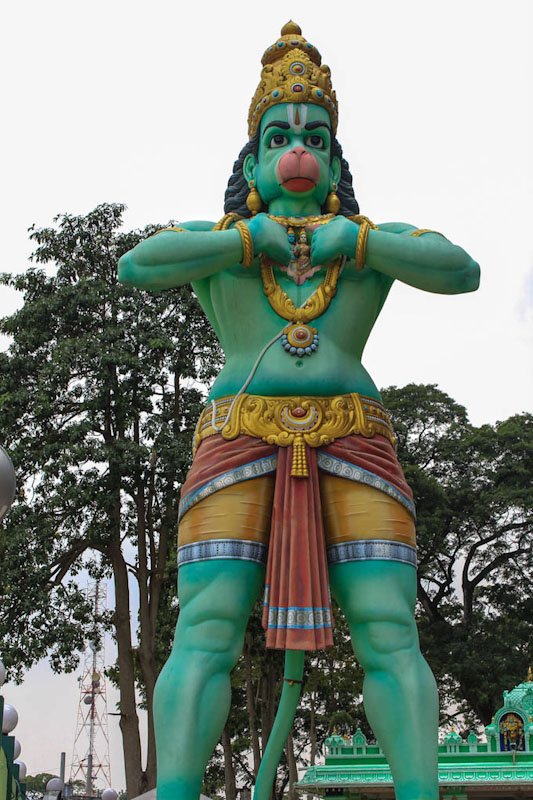 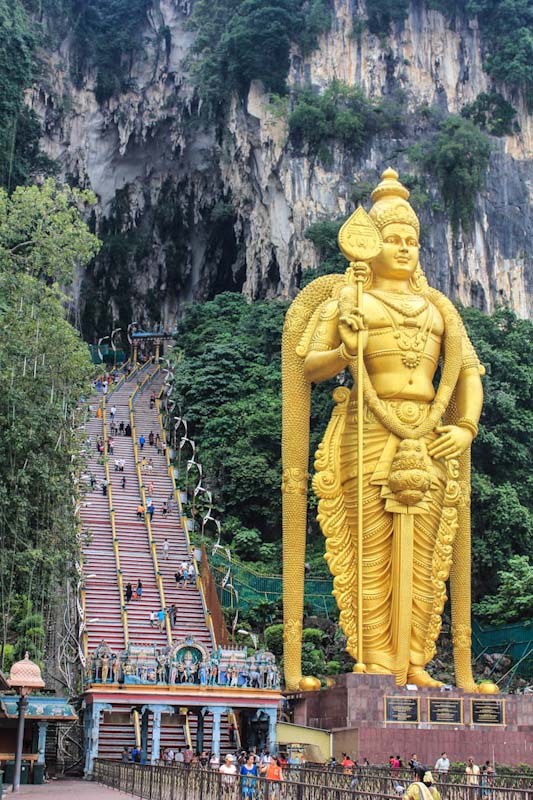 We made it to the top of the stairs and explored the caves at the top. It was a very strange place. A mixture of beautifully dressed people climbing up to the temples, souvenir shops, animals (monkeys and chickens in the caves!) junk and rubbish. It was a bit like we imagine India to be. It was great for the kids to experience such a different culture. We were a novelty to some people there. Once Iranian lady asked to have her photo taken with us. It seemed an odd request, but I guess they don’t see many Westerners. Other people would touch the kids, especially Matt. They seemed intrigued by his pale skin and blond hair. 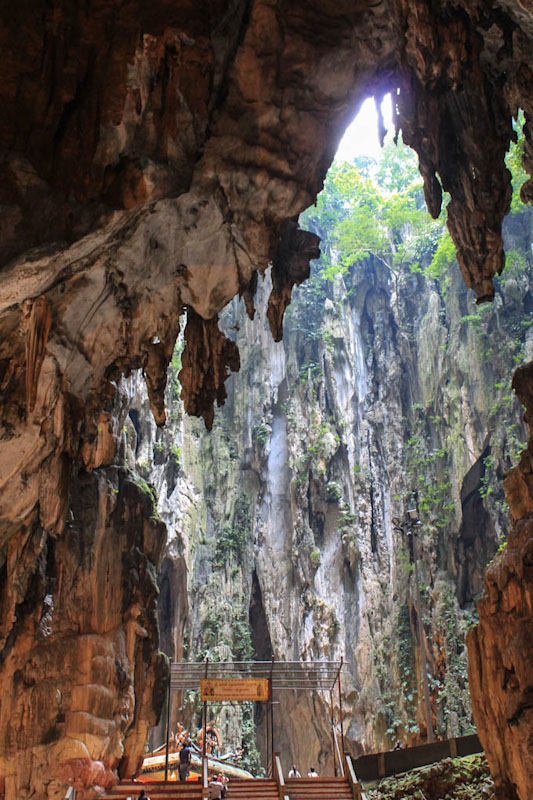 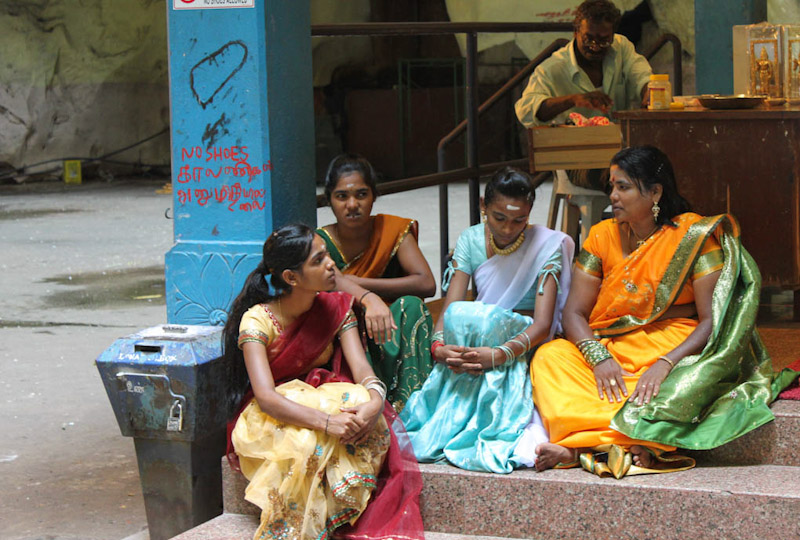 On the way back down we had fun feeding the monkeys. The only food we had with us was a packet of Waitrose bread sticks but they turned out to be perfect as they were long enough to hand feed the monkeys without being bitten. It was such fun, one of the best laughs of the trip. The caves were a huge success and we were so glad the kids had convinced us they could cope. We relaxed at the bottom in true Creahan style with an ice cream! 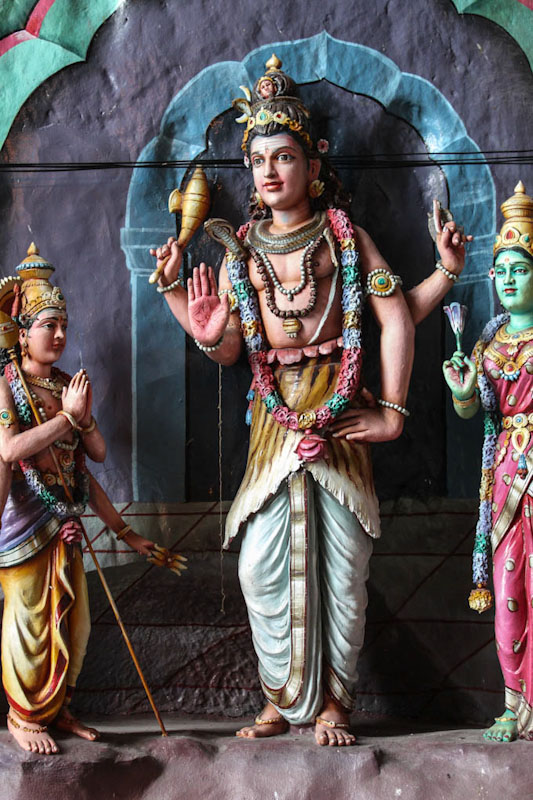 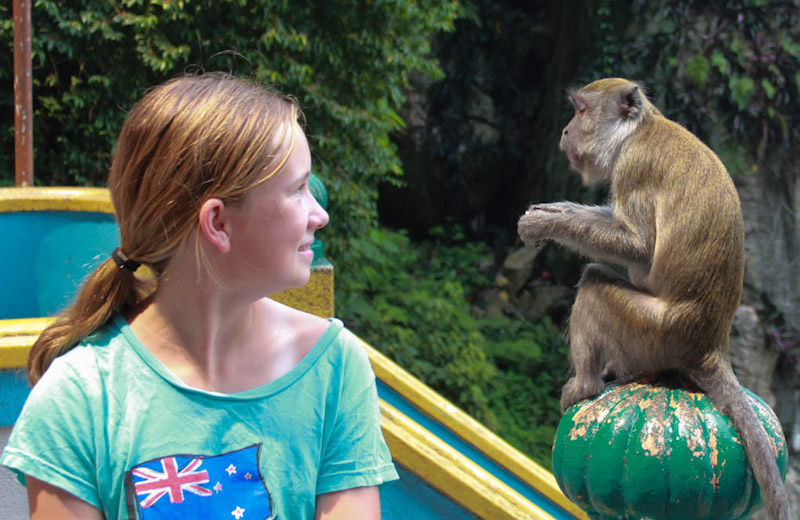 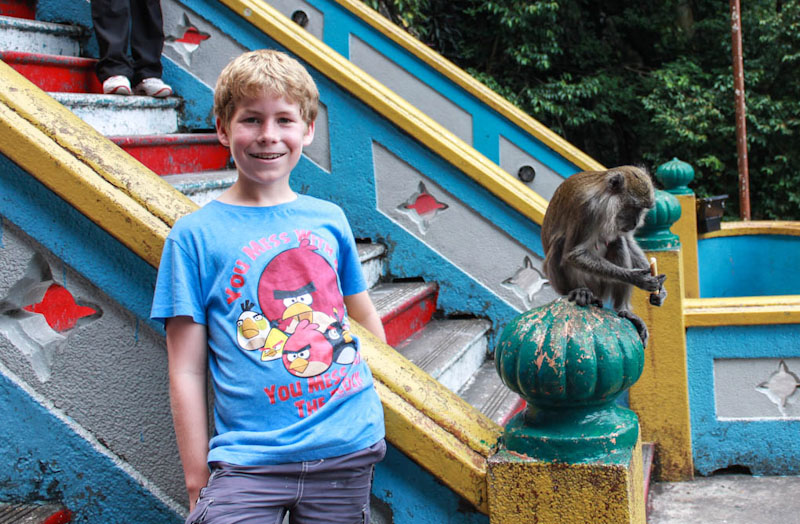 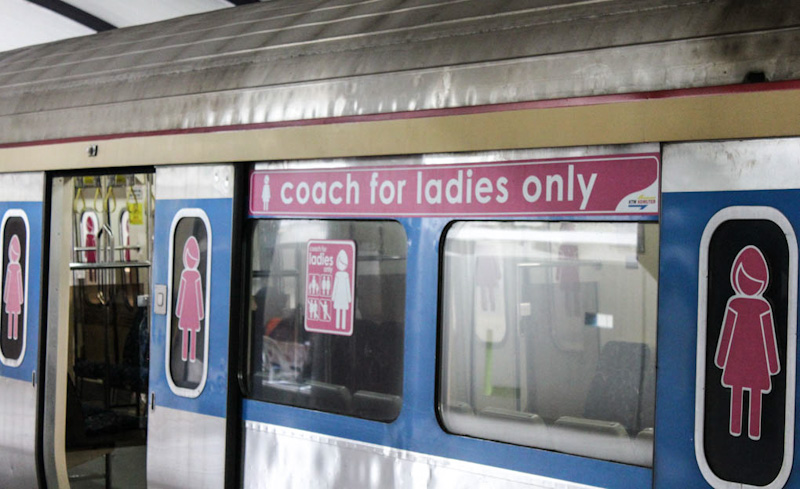 Our train back to central station was suffering from delays so we decided to bail out one station early and get back another way. It turned out to be a longer alternative thanks to the “Integrated Transit System” not being integrated, but we got to see some other areas of KL that we wouldn’t have seen. It is such a diverse city with the Chinese, Malay and Indian cultures mixing together.

It was about 3:30pm before we got lunch. You definitely don’t get as hungry in the heat and we have all become used to eating meals at weird times. Some more shopping followed lunch, but we didn’t last long. The tiredness set in and the pool was calling. We all felt revived after a swim and a rest.

In the evening we set off for the Petronas area again. We had dinner on the way at the Food Republic in the Pavilion shopping centre. It was delicious and very cheap – the fresh juices we had for dessert cost more than the main course!

The KLCC park was beautiful at night and a lot cooler. There are very few geocaches in KL but we set off in search of one in the park. Sadly we had no luck. I had a tiny torch, but it was very difficult to search properly without attracting the attention of security guards. We did find a virtual cache by the towers though, so we now have at least one cache in every country we visited. The last stop of the night was the fountain symphony in front of the towers. We watched the beautiful coloured fountain display set to music. It was the perfect finale to a wonderful trip. 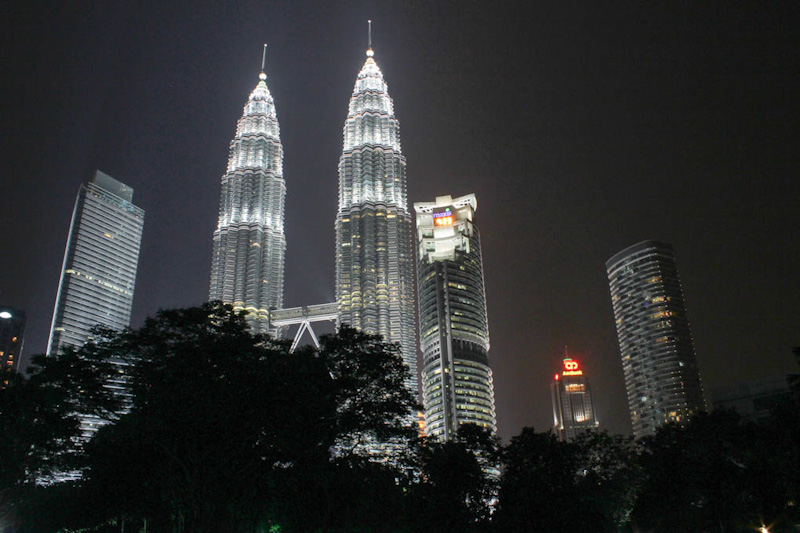 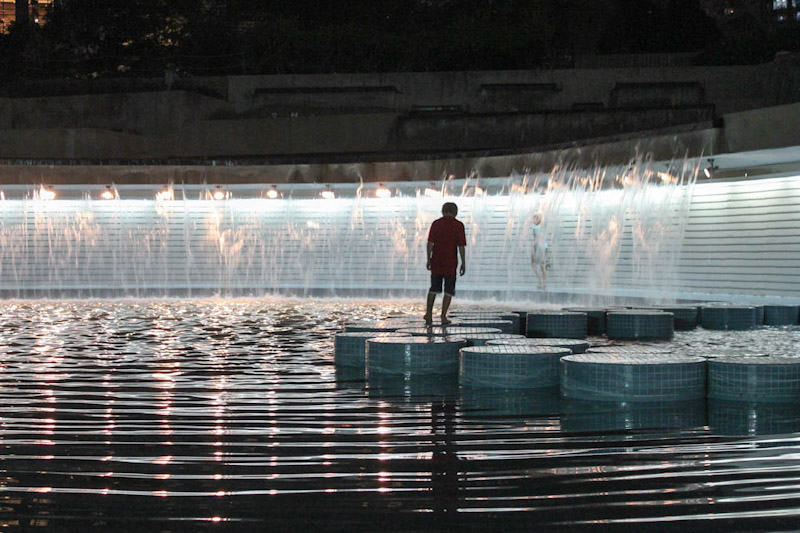 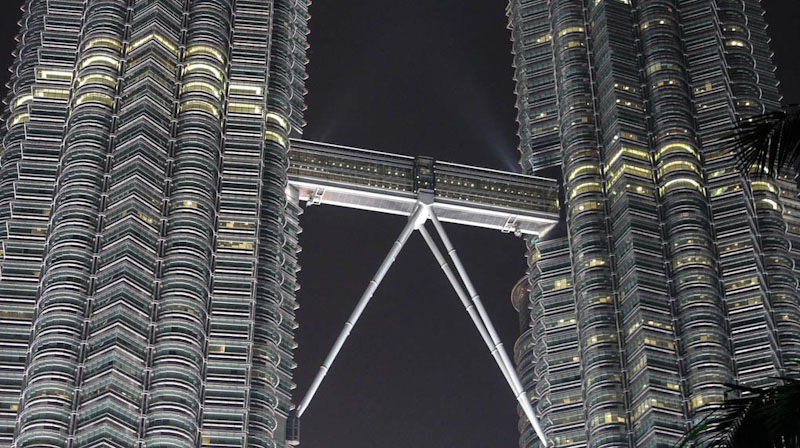 Back to the mountain