Breakfast this morning was our best yet. Almost every hotel we have stayed in has provided breakfast of some sort. Most places offer continental type breakfast along with a couple of hot items, although they aren’t always appealing to kiwi taste buds. A favourite here seems to be “biscuits and gravy” – what looks (and tastes) like plain scones, accompanied by some sort of gloopy pale coloured stuff. We flag the gloopy stuff and put jam on the scones – and get a few strange looks! The breakfast often happens in the hotel lobby, served on paper plates with plastic cutlery.

Today we were spoilt with a dedicated breakfast room, full hot and cold buffet and solid plates with metal cutlery. It was pretty busy so we started off eating it on the fire hearth, but soon graduated to a real table. It filled us up nicely for the adventures ahead.

First stop today was Inspiration Point, considered to be the most impressive panoramic view in the park. It was indeed impressive, although frustratingly difficult to capture with a camera. From the viewpoint there was a rim trail signposted to Bryce Point, our next destination. Matt was super keen to hike the trail, so I went with him and the others took the car. It was another stunning trail along the edge of the canyon. At one point we were walking along a ridge about 6 feet wide with sheer drops on both sides. The trail was snowy rather than icy, so very easy to walk by following the footprints in the snow. We didn’t see another soul the whole way, so it was an amazing tranquil hike. 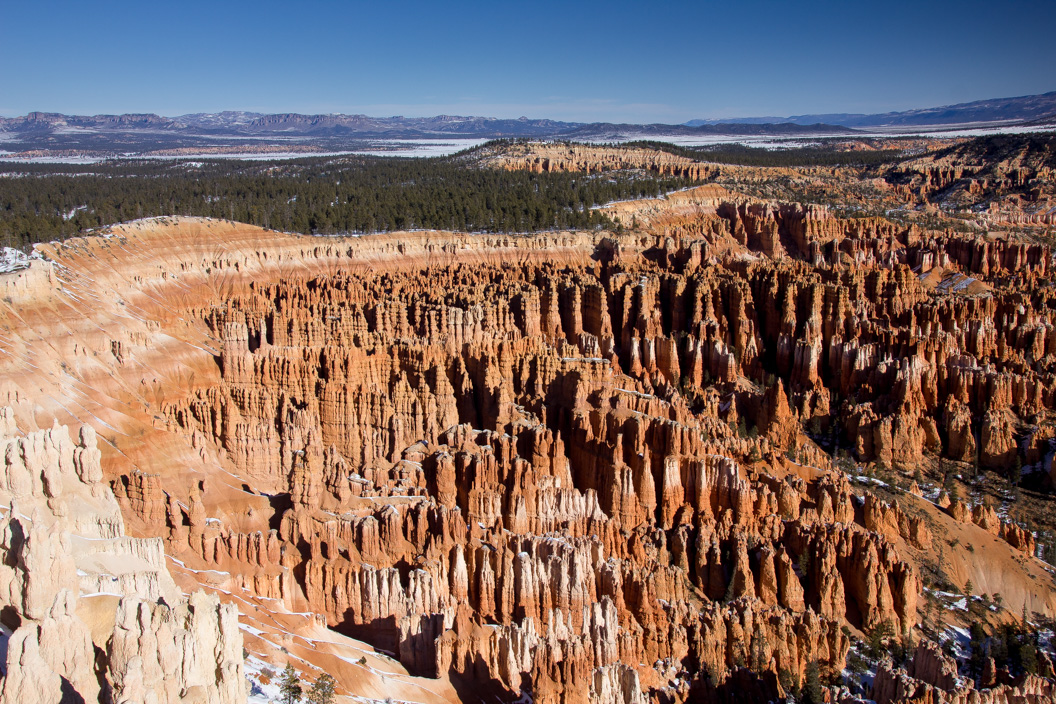 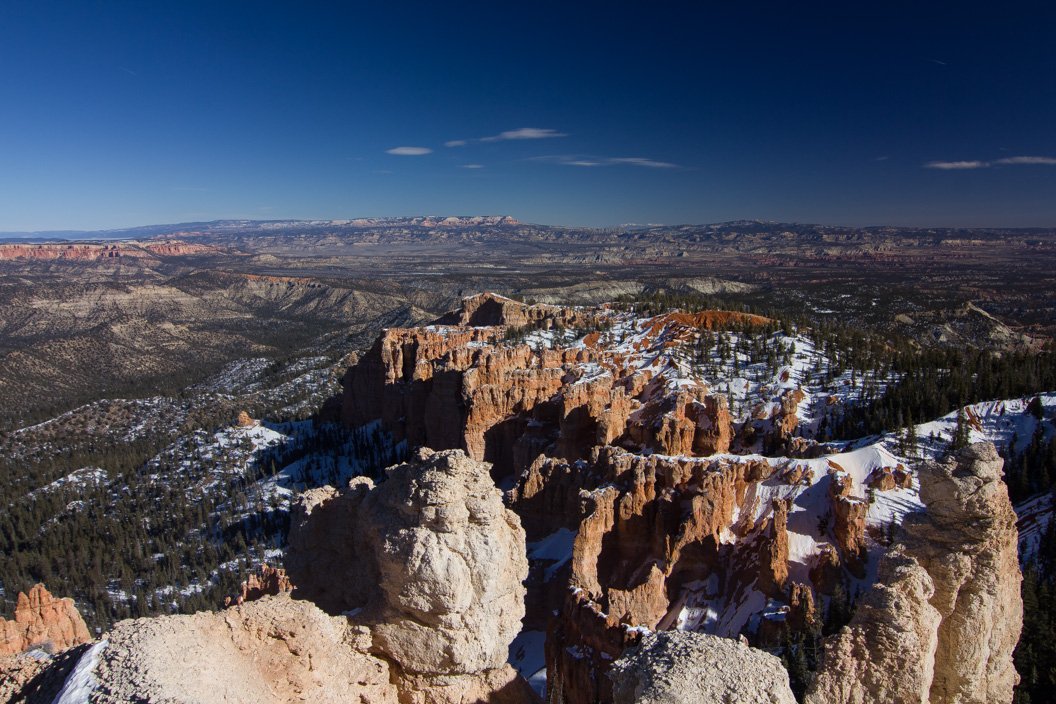 When we arrived at Bryce Point, we discovered the real reason that we had the trail to ourselves. The trail was blocked off at the Bryce Point end with a sign saying “Trail closed due to ice and snow”. We were rather surprised as there had been no sign at the other end, and every trail in Bryce is snowy and icy. Apart from the last few metres around the “trail closed” sign, it had been the least slippery trail we have encountered in the park. Andy and Anna were surprised to see us arrive as they had seen the closed sign and been looking for us at Inspiration point, assuming we’d had to turn back. 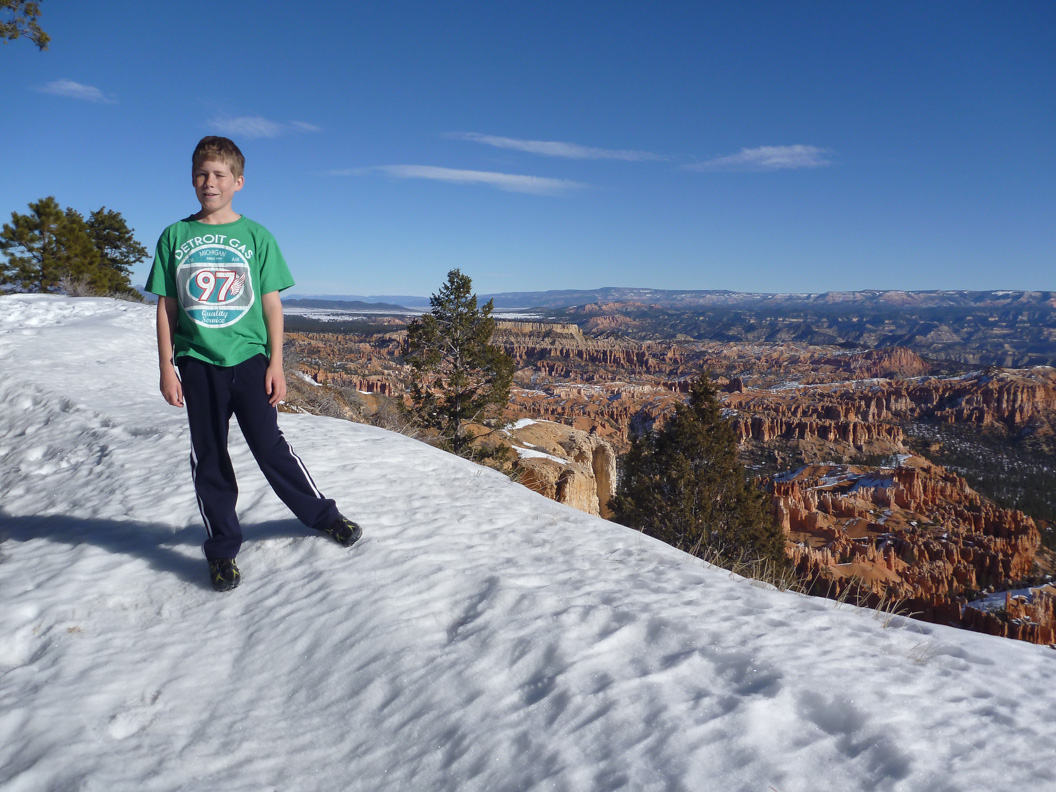 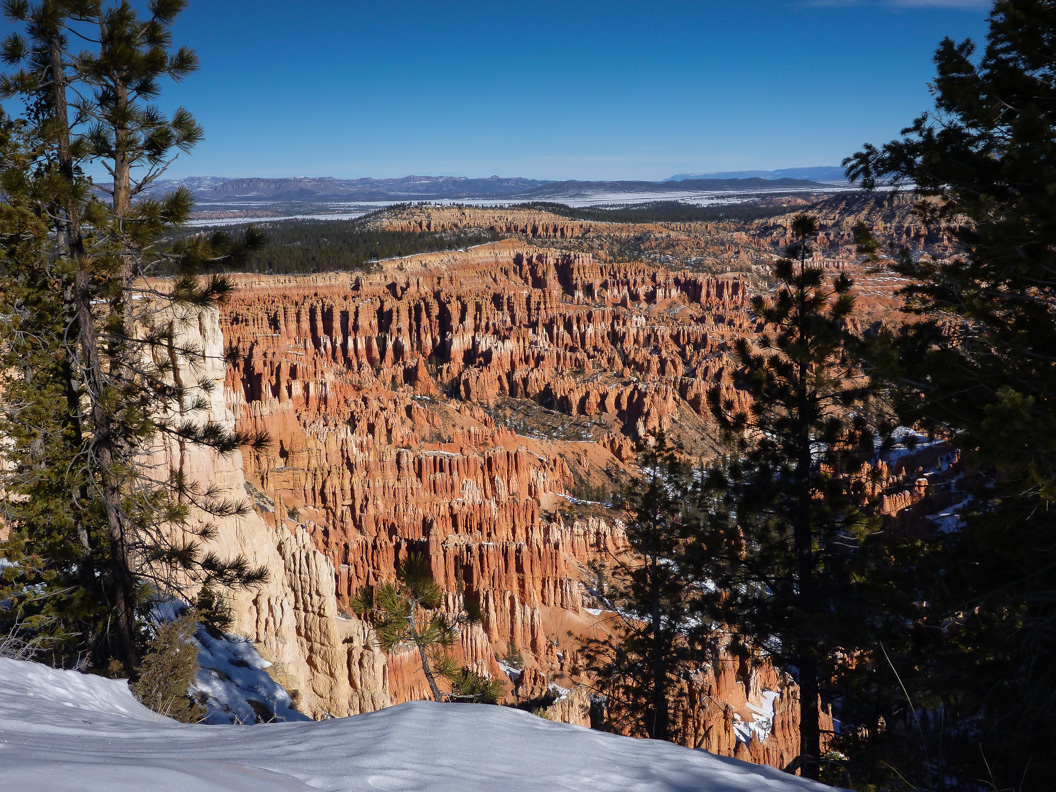 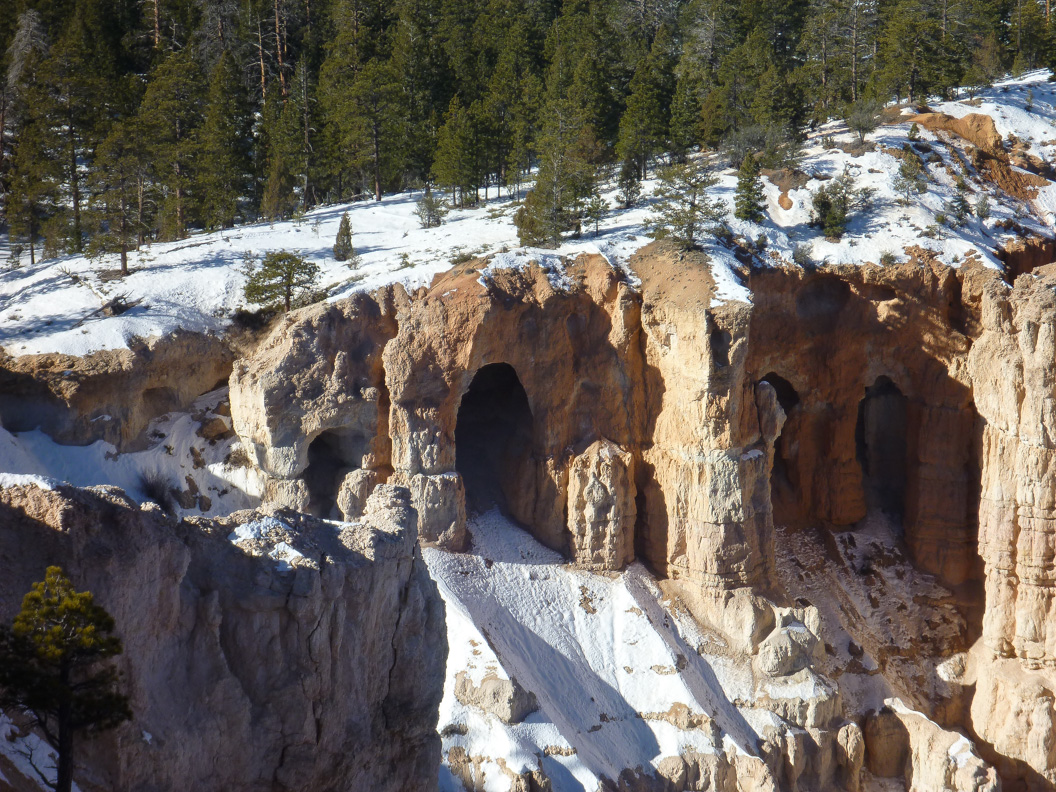 Most of the best Hoodoos are concentrated at the north end of the park, but the park extends many miles to the south. We took a drive to the southernmost point, Rainbow Point. The views were only limited by the curvature of the earth as it was such a clear day. We could easily see back to Page and right across to the mountains of south west Colorado where we spent Christmas. There were many more viewpoints on the road back, but we only stopped at a natural rock bridge overlook. 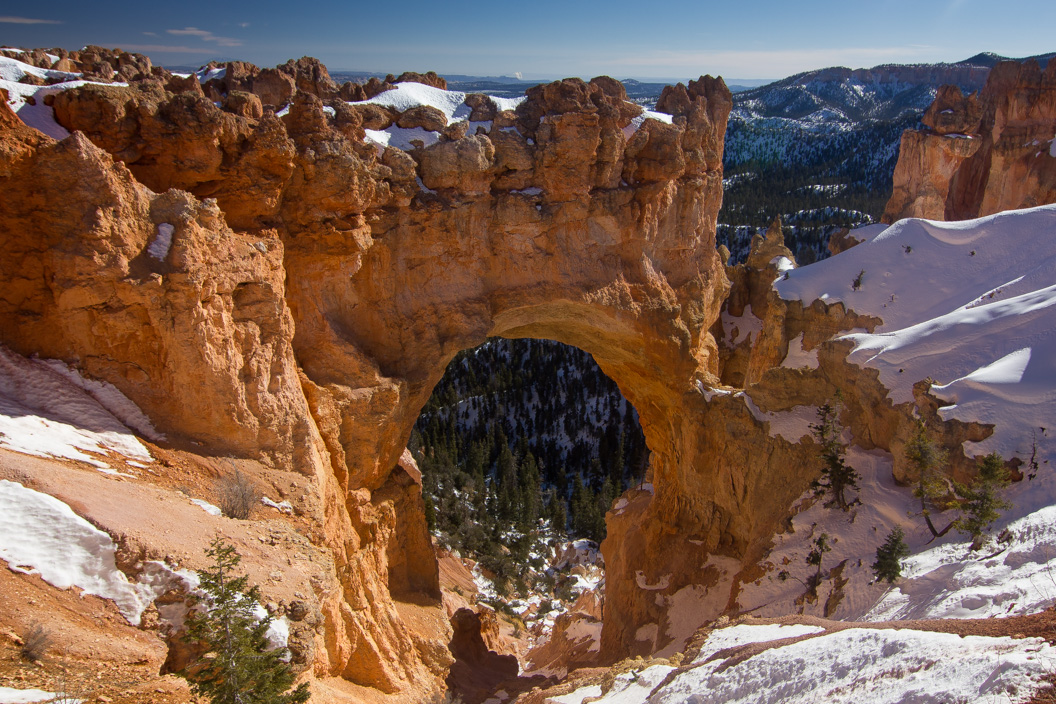 Because of Bryce Canyon’s high altitude, it is well set up for winter sports and activities. It was tempting to try cross country skiing or snow shoeing, but we didn’t want to wear the kids out completely. Instead we opted for a more sedate sleigh ride. It was a bit of laugh riding through the snow on a sleigh pulled by Mama and Digger, two Belgian draught horses. There is unlikely to be much snow at our last stop before flying to San Francisco, so the kids made the most of their snow disks on the snowy slope outside our room.