In an attempt to rest our weary bodies, we had a lazy morning in the apartment. We had all slept until 8am as this apartment is unbelievable quiet for central Paris. The apartment is at the back of the building and faces the courtyard from the apartment block in the next street, so there is no traffic noise and no early morning street sweepers – yay!

We ventured out just after midday and rode the metro to Notre Dame. We toured the inside of the cathedral but resisted the temptation to climb the tower for the sake of the legs. It is a beautiful cathedral, but very different from St Paul’s. We loved the stained glass windows and the gargoyles and flying buttresses on the outside. 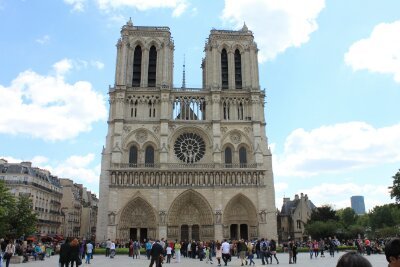 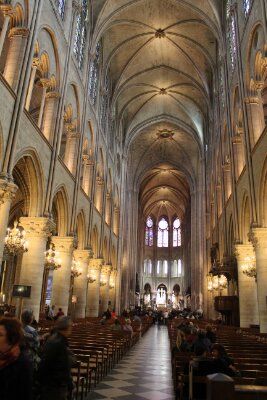 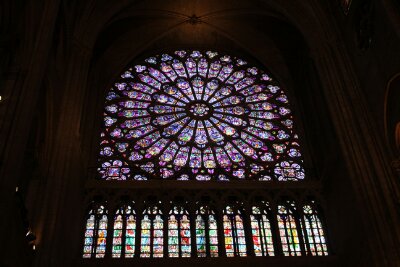 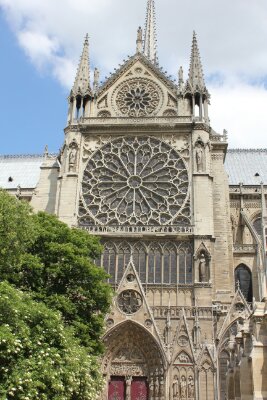 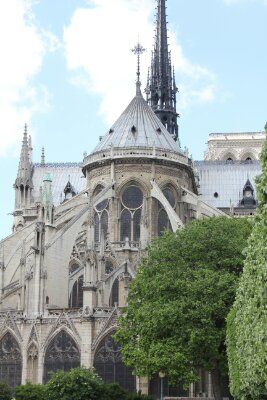 After the cathedral it was time to search for a typical Parisian lunch. The kids had les hot-dogs from a boulangerie and we had les galettes fromage et jambon (ham and cheese crepes) from the creperie. Lunch was eaten sitting on a wall on the bank of the Seine on the Ile St Louis (the small island in the Seine river, next to the one that Notre Dame is on). The Seine river is as grimy looking as the Thames in London, even on a sunny day! After lunch we went in search of the famous Berthillon ice cream shop to wash down our first course. There were lots of places selling Berthillon icecream, but we finally tracked down the original famous glacerie and splurged on a two scoop each. It was well worth every Euro, absolutely mouth watering. 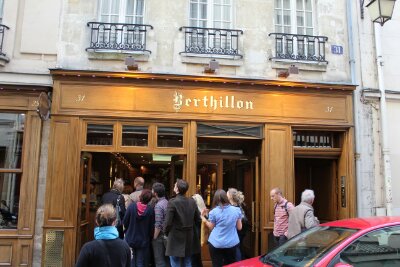 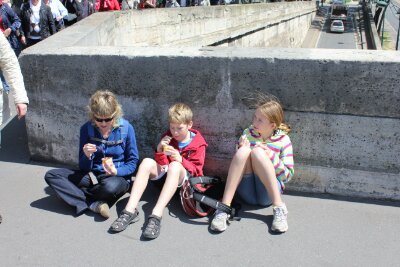 The next stop was a more modern building, built in 1977. The Pompidou Centre is a cultural centre that houses the modern art museum among other things. We were more interested in the actual building than its content, as it’s a bizarre inside-out building. All the lifts, escalators and pipes for electrical, plumbing, water, aircon etc. are on the outside of the building – and all colour coded. We were able to get a Panaroma ticket that just let us go to the top of the building via the series of 5 escalators attached to the outside of the building. It was a bit like being in a hot house, but good fun riding up and nice views from the top. The Pompidou Centre is in the Beaubourg area of Paris, which is very lively with lots of street sellers, entertainers etc. They all wanted to draw Matt (about the last thing on his wish list!) and followed us around babbling in French or bad English. We had to be very direct when telling them to go away. 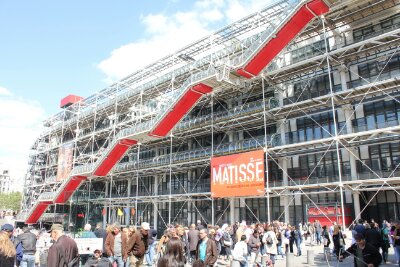 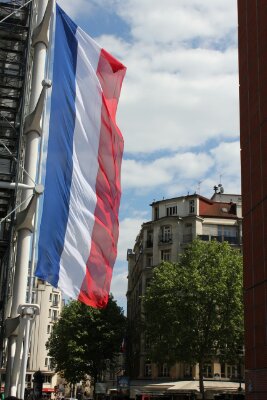 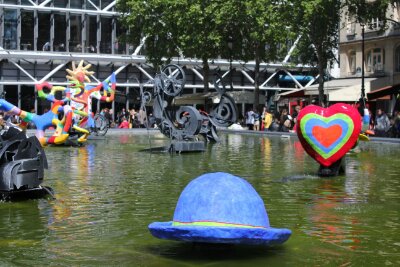 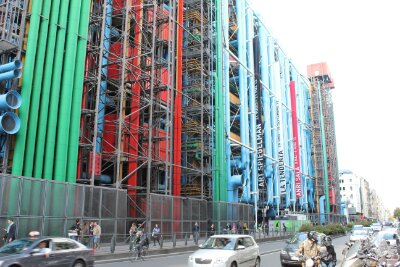 It was time for a compulsory rest and dinner back at the apartment after the Pompidou, as we had a late night ahead with the Eiffel Tower. On returning to the apartment, our legs were delighted to discover that the lift had been fixed!

We had booked tower tickets online for 8pm, the intention being to see the view by day then watch the sunset and see the lights. Soon after we had booked online, they closed all online bookings as only one lift from the base is now working. I received an email a few weeks ago warning of terrible queues (even for prebooked ticket holders) and offering a full refund if I was prepared to “abandon the ticket”. I didn’t take them up on their offer, and we faced no queue at all. However, we were met with the disappointing news that the summit was closed due to lift failure (when we travelled in the USA 6 years ago we were plagued with plumbing problems, this trip it’s lift problems!). Apparently the lifts had packed up the day before and people had been trapped for 2 hours, eventually being rescued by the fire brigade). 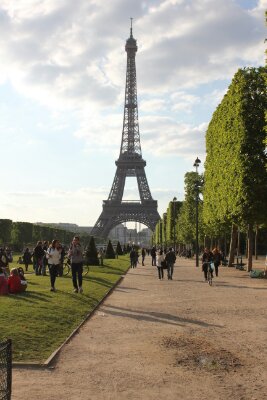 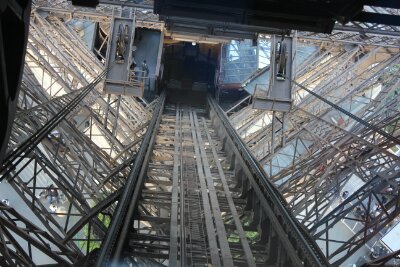 We took the lift to the second stage and tried to convince the kids that the views were actually better from the second stage than from the top. That had been the case when the weather was a bit murky on our last visit, but we had struck a beautifully clear day and all they wanted to do was get to the top. Various officials gave us different answers when we asked if there was any hope of the summit opening. We got some typically French answers that varied from “no” to “soon” to “I don’t know” to just a shrug of the shoulders. They appeared to be testing the lift so we decide to hang around as long as there was some hope. The views were superb and watching the sun going down was really special. It was rather chilly though and we struggled to keep warm in the northerly wind. 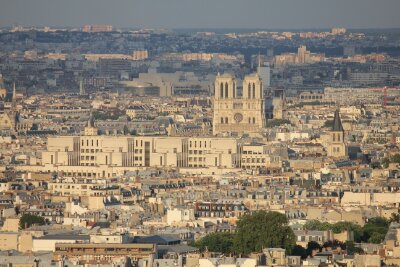 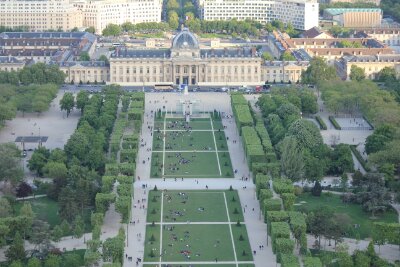 Just after the sun set, they suddenly opened the summit lifts. As we already had our tickets, we were some of the first to reach the top. The views were amazing and you could see for miles. There were two levels at the summit – a glassed in floor and then an outside upper deck with wire caging. Most of our time was spent in the lower area as it had heaters to hug – bliss! There is a light show on the tower each hour from 10pm. We were still at the summit when the first show was on, so we didn’t get the full effect. By the time 11pm came round we had made our way across the river to The Trocadero, which was a great vantage point for the light show. It is amazing how many people are still out and about even at that time. The metro is still busy and lots of kids around too. It was a late night for us all, but totally worth it. 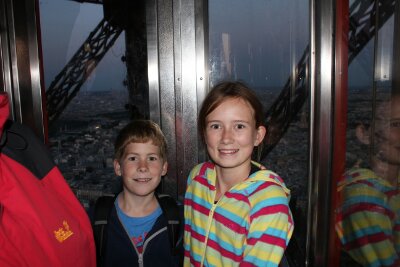 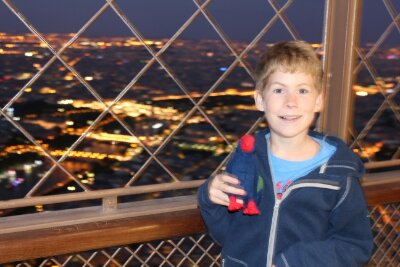 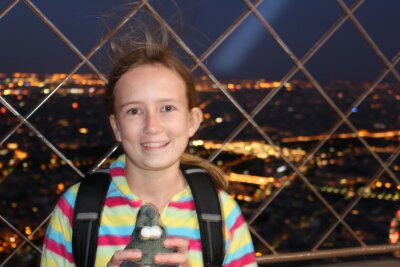 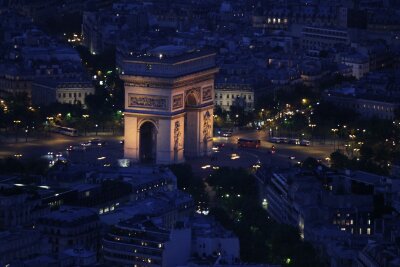 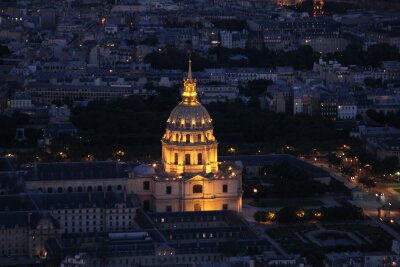 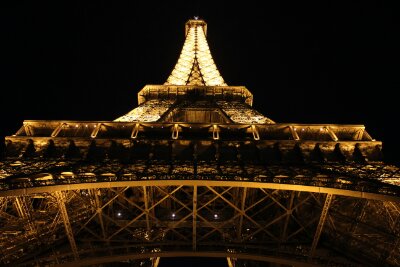 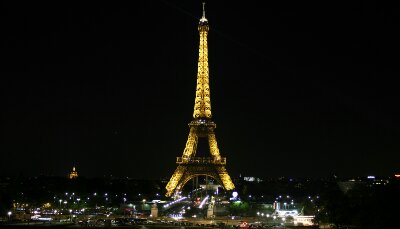 Hiking in the Austrian Alps