The forecast overnight snow didn’t happen. We are finding weather forecasts here to be about as reliable as what we are used to back home! After the cloud and light rain/snow of yesterday, it was back to perfect bluebird conditions today. Today was the official start of the spring ski season in Nozawa, which meant many of the lifts have retired for the season. The 23 lifts was reduced to around 6, mostly at the top of the mountain. You can still ski almost all of the mountain, you just need to be a bit more careful about choosing your route.

The only way up from the base now is the Nagasaka gondola which starts a fair way from our hotel. Fortunately there’s a Villa shuttle bus as the legs don’t need any extra walking. Our first few runs of the day were on long cruisy run at the top of the gondola. With even fewer skiers than the weekend, we were brave enough to try the snow park to the side of this run. That was today’s new favourite – a bit like a frozen BMX track. After a few rounds of the snow park run, we headed back to the top of Mt Kenashi. The views were a lot better than yesterday, although it was pretty hazy in the distance so no sea views today. 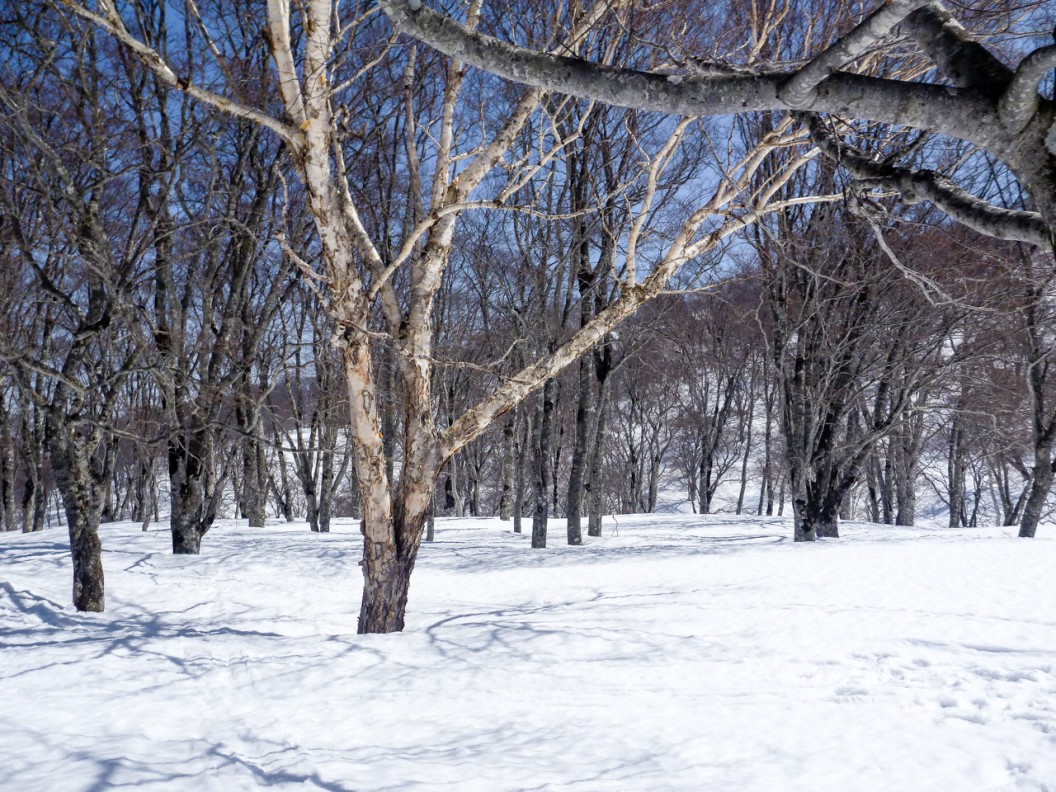 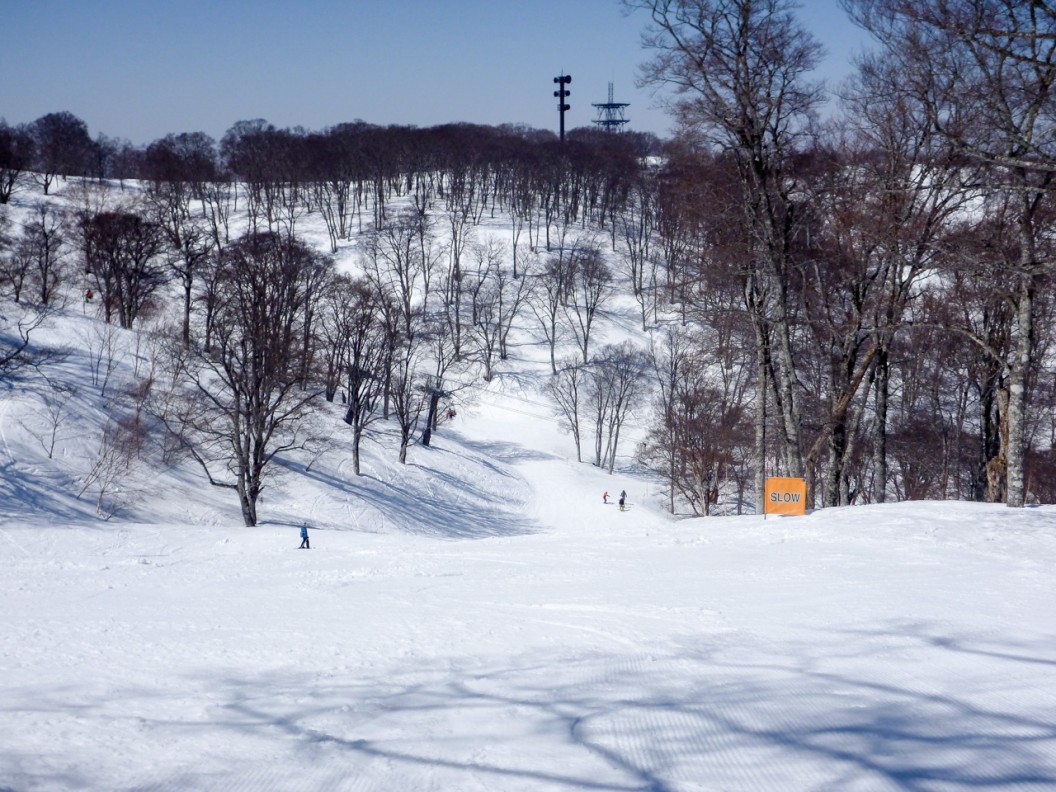 We passed a few hours on the Mt Kenashi red trails. The lesson of yesterday was really paying off with only a few crashes. We have been amazed how wrapped up people here are even in the very warm spring conditions. If this was NZ, lots of people would be skiing in t-shirts. But the Japanese have all the gear on, even some with face masks and balaclavas.

Matt was keen for yet another lunch at Buna. It seems to be the most highly recommended mountain restaurant and was packed over the weekend, but much quieter today. Buna did not disappoint, the food was great again and we could never get tired of the view. The only option from Buna was down to the base as the mid mountain lifts were closed. Andy took the kids down the long windy road and I tried out my new skills on some harder trails. The snow was soft and the slopes were deserted which made them easier. It was magic skiing alone and there were lots of photo stops (and rests for the legs!).

It was really hot at the base, we would have been quite comfortable in shorts and t-shirts. We’d had the best of the snow so decided not to head back to the top. I took the kids on a couple of last low runs and then we headed back to the Nagasaka gondola base to catch the low road home. This road runs the length of the village and connects all three mountain bases. The Villa is at the lowest part of the village, so normally we just slide home down this snow covered road. We were a bit concerned when we got to the base and discovered that the snow road had been ploughed and was now tarmac. Fortunately for us, the ploughing had stopped just past the gondola base and we were able to pick up the trail again and ski home. Unfortunately for Andy the road had been ploughed right up to where he left us, so he had a very long walk back to the Villa. We will come up with a new plan for tomorrow!

We had a lovely long afternoon laze at the Villa, it felt like we were on a summer holiday. We took turns to explore the village. It’s so safe here, we are quite happy for the kids to go exploring on their own. Anna and I checked out the shops before dinner and enjoyed a foot onsen while watching the sunset, then met the boys at Kaze No Ie for dinner. It sounds very Japanese but serves the best wood fired pizzas in town. We washed it down with an apple Oyaki from a street vendor – a steamed dumpling filled with Apple and cinnamon. A bit like a Japanese version of apple pie, very yummy !

It looks like we’re in for another bluebird day tomorrow, then hopefully some new snow on Wednesday.

A day in Boston