We had a slower start this morning as we didn’t need to be ready for first lifts. It turned out to be a good day to leave – the forecast was for high winds so they closed the gondola and only had a few lower lifts working. We got big hugs from the Villa staff when we left, it really was like being part of their family for a week. It was a quick bus ride back to Iiyama to catch the Shinkansen back to Tokyo. It feels like the new Shinkansen has breathed some life into Iiyama. It’s a fairly unappealing town (reminds us of a large Japanese version of Huntly!) but they have a brand new Shinkansen station and it’s obviously something to celebrate.

We arrived at Ueno station in Tokyo soon after midday and caught the Yamanote line round to Mejiro to find our hotel. It’s a small hotel in a fairly quiet residential area. I had booked a Japanese style room which was supposedly 45 square metres. That seemed pretty large for a city renowned for its tiny rooms, so we were curious to see what we ended up with. We are on the “Richmond Executive Floor”. The sleeping room has tatami mats and is just large enough for 4 western beds. There’s also another small room, a large entrance and a huge bathroom complete with onsen and sauna (which may be out of order – we can’t get it to work and there’s a sign on the door that is challenging google translate….). The sauna has been put to use as a small sitting area and I’m writing this blog from inside it as the kids are now in bed! It’s surprisingly quiet here as the sleeping room windows have three layers of covering – double glazed glass, rice paper shoji screens and shutters. The noise shouldn’t keep us awake but possibly the hard beds will. The futons at the Villa were super comfortable, but so far the other beds have been super firm.

After dumping our bags we headed back for a quick lunch at the Danish Cafe inside Mejiro station. It was good to have a dose of bread items for lunch. The cherry blossoms (Sakura) have just come into full bloom in Tokyo and they don’t last long, especially in the high winds that have arrived today. We headed to the Shinjuku Kyoen National Garden, a large public park three train stops from our hotel. It was recommended as one of the quieter places to view the sakura as there’s a small entry fee and alcohol is banned. With 1500 cherry trees in the garden, it was a pretty impressive place. When gusts of wind came there were cherry blossom storms and the ground was lightly covered in petals. It was incredibly beautiful, the photos say it all really. 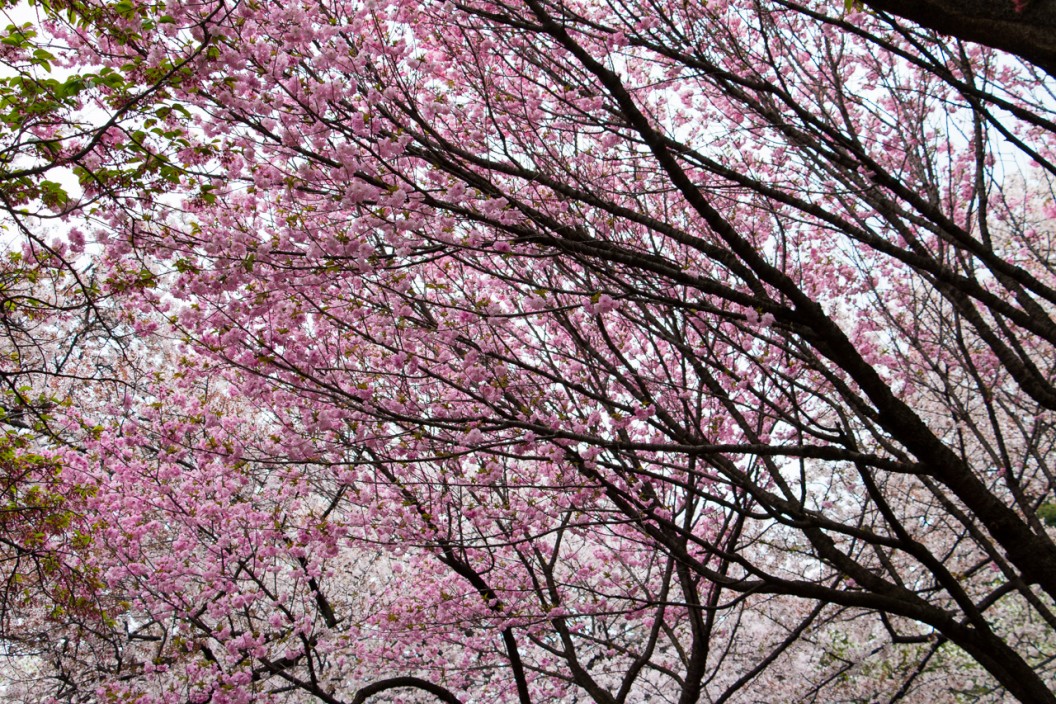 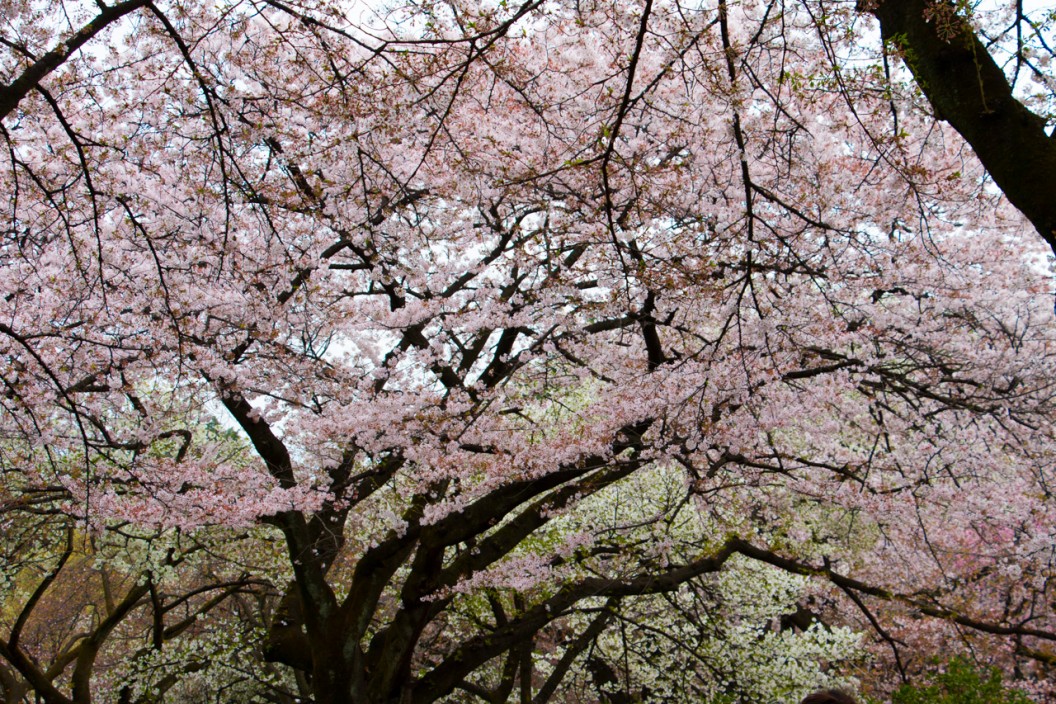 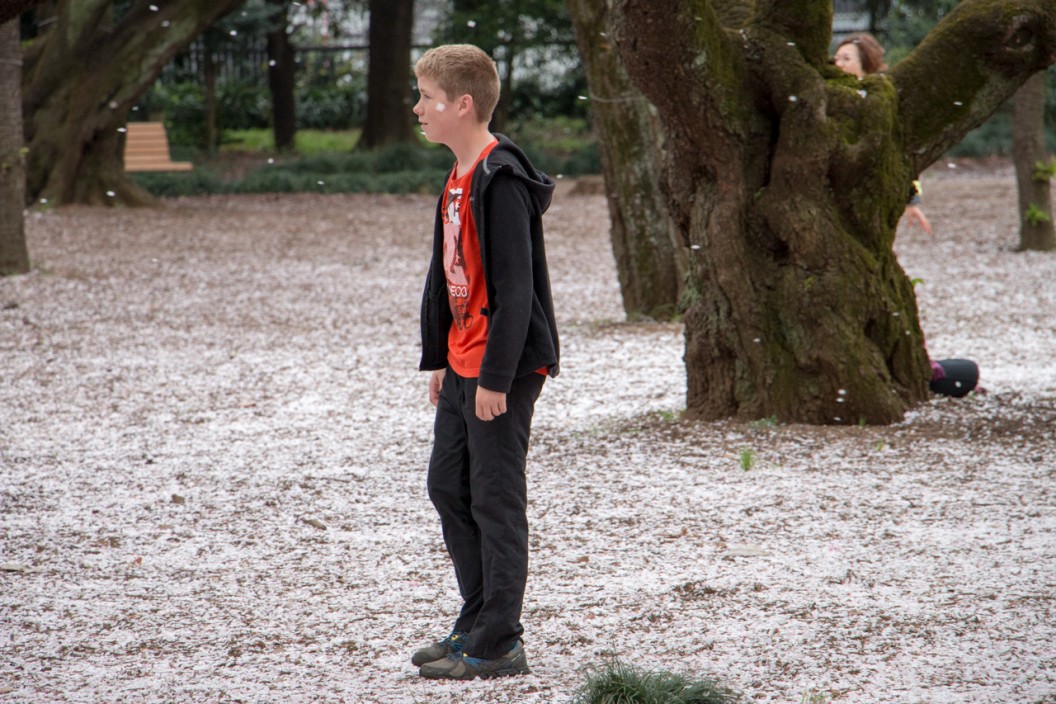 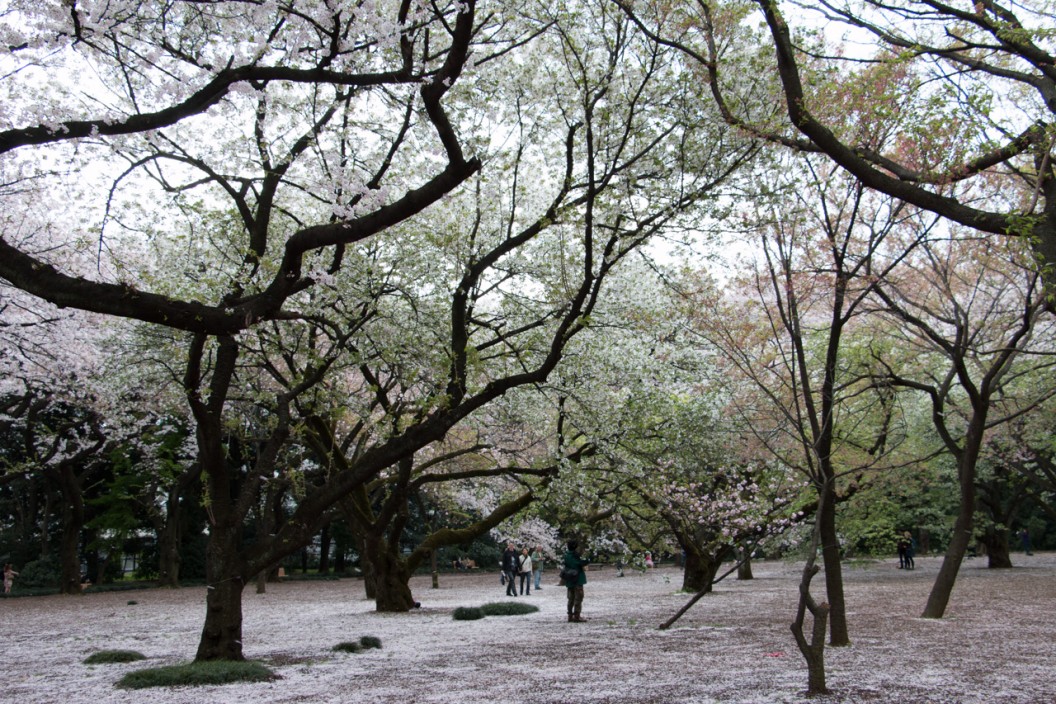 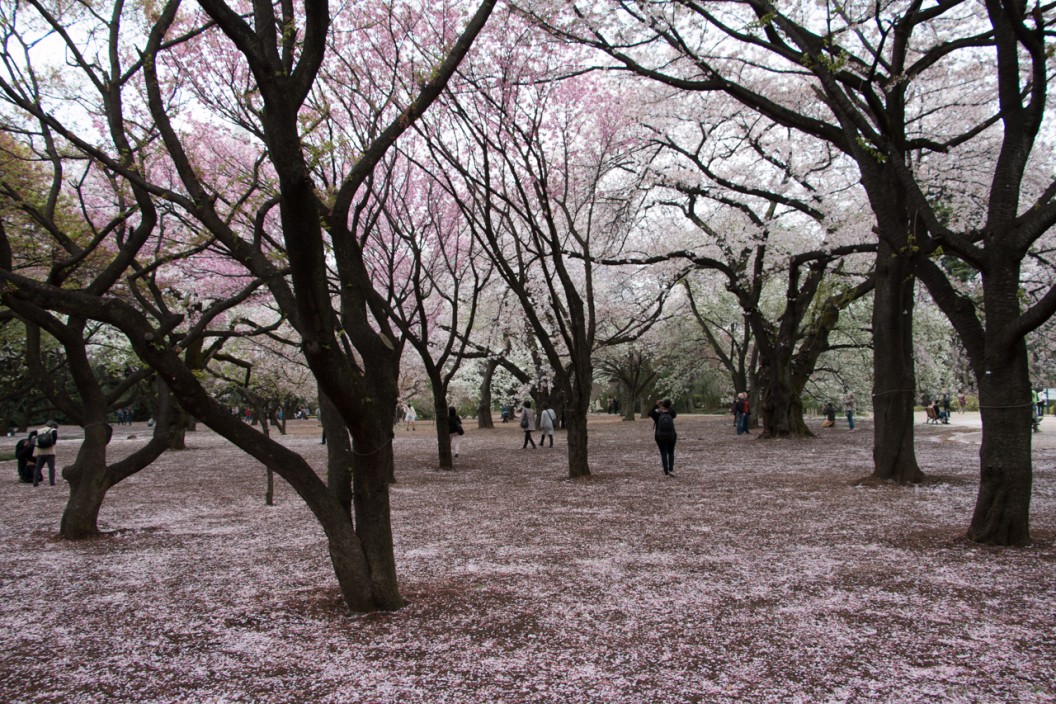 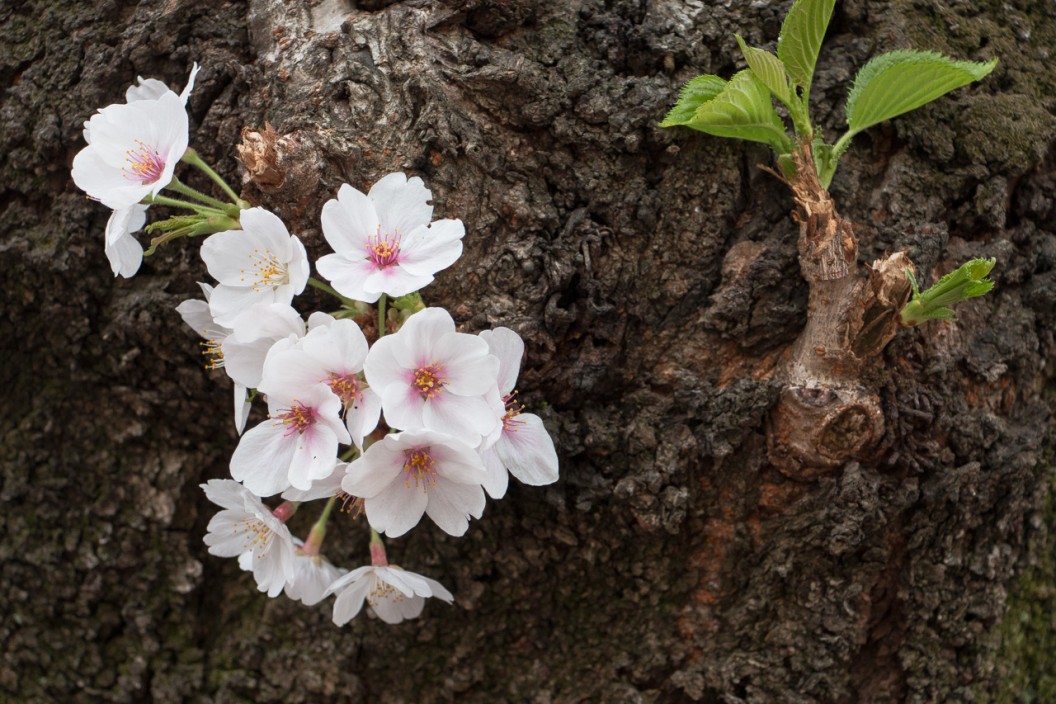 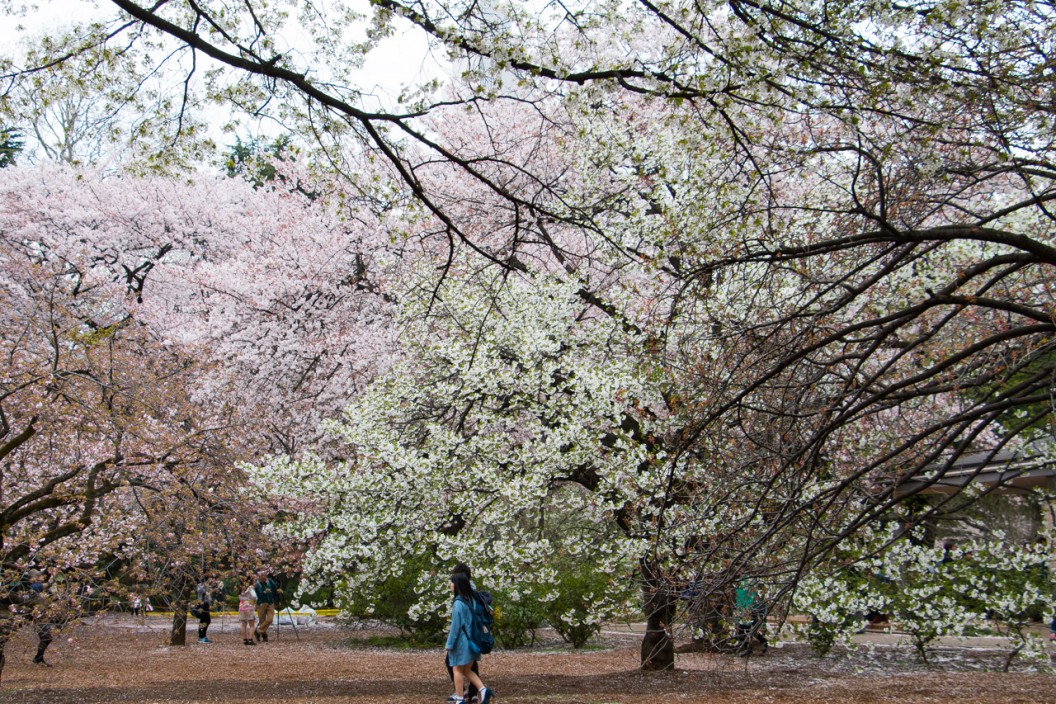 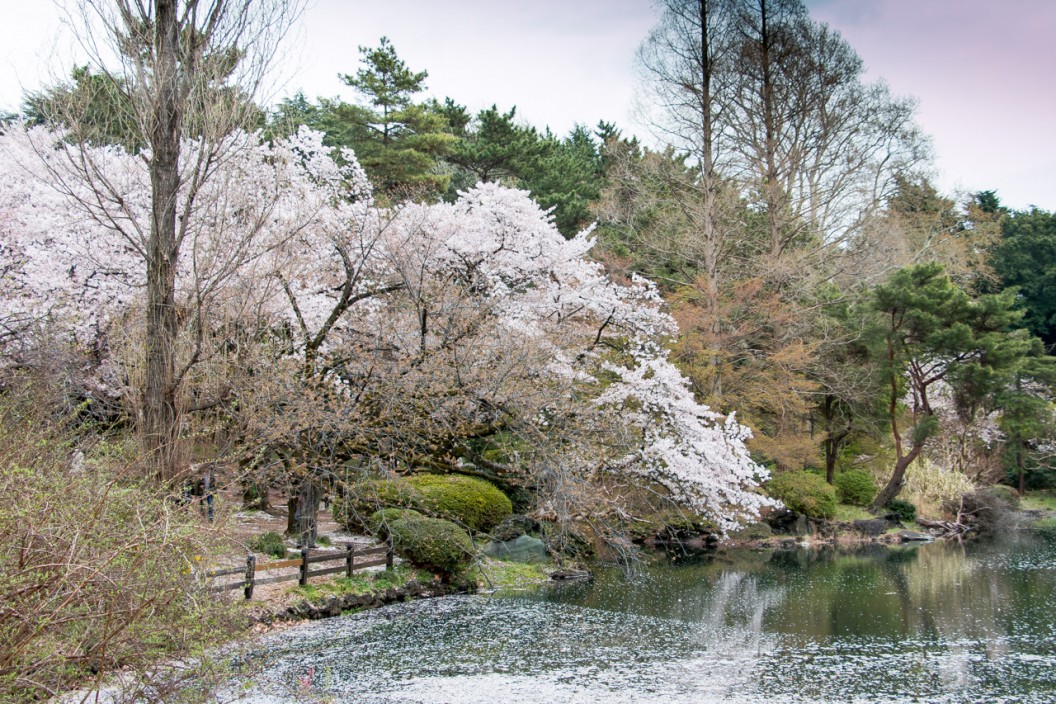 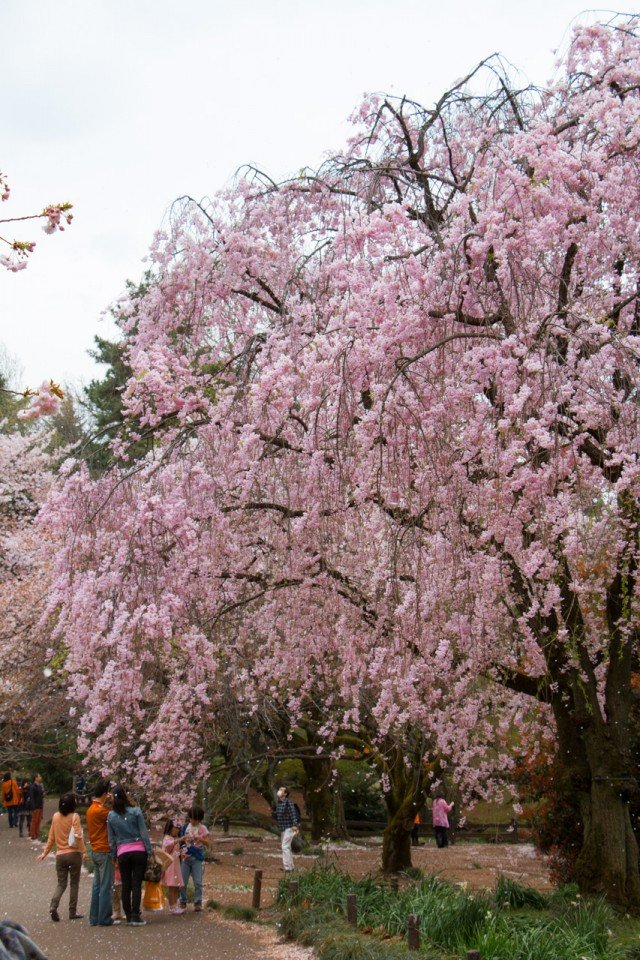 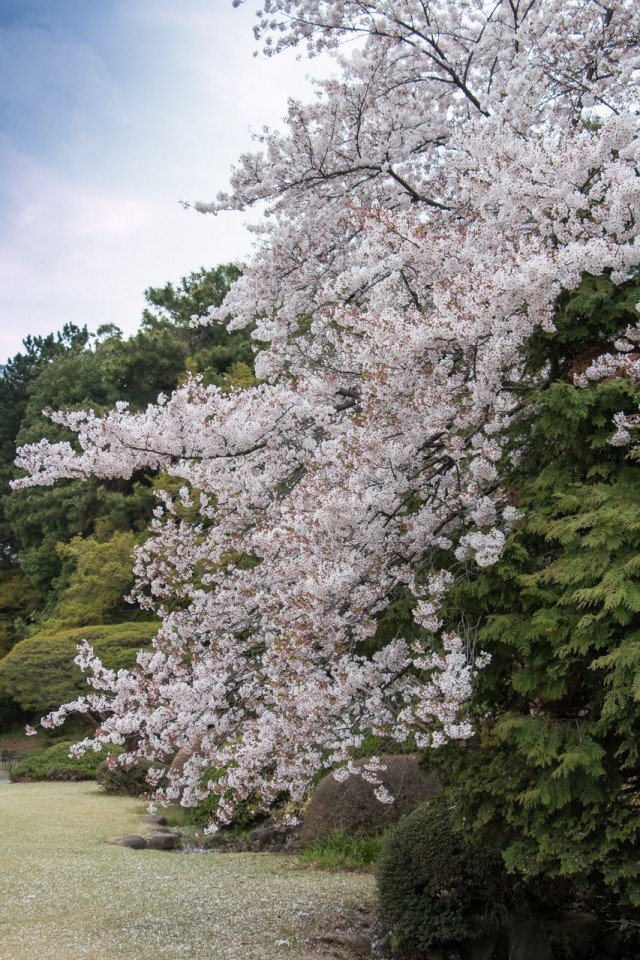 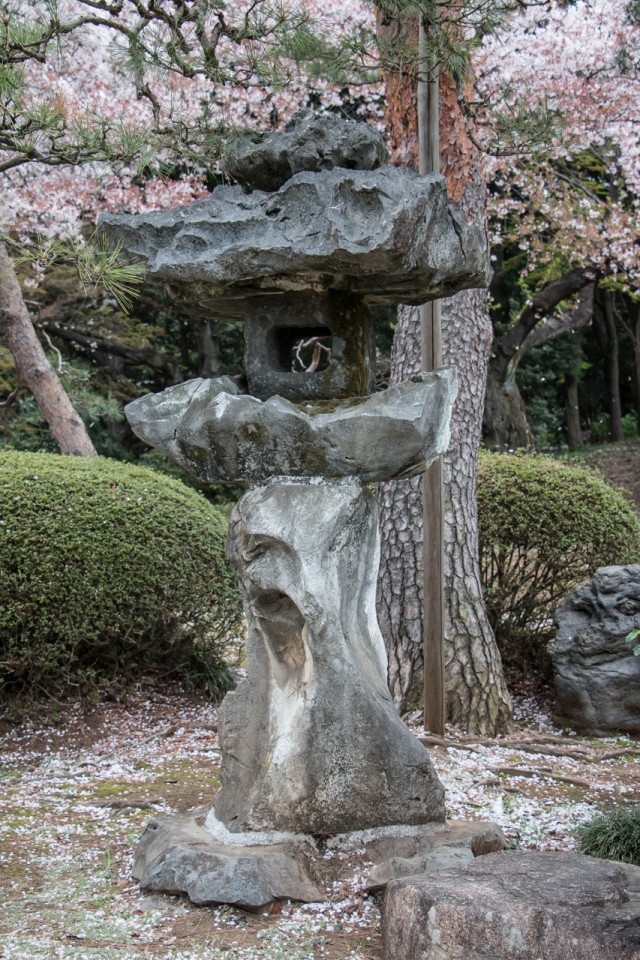 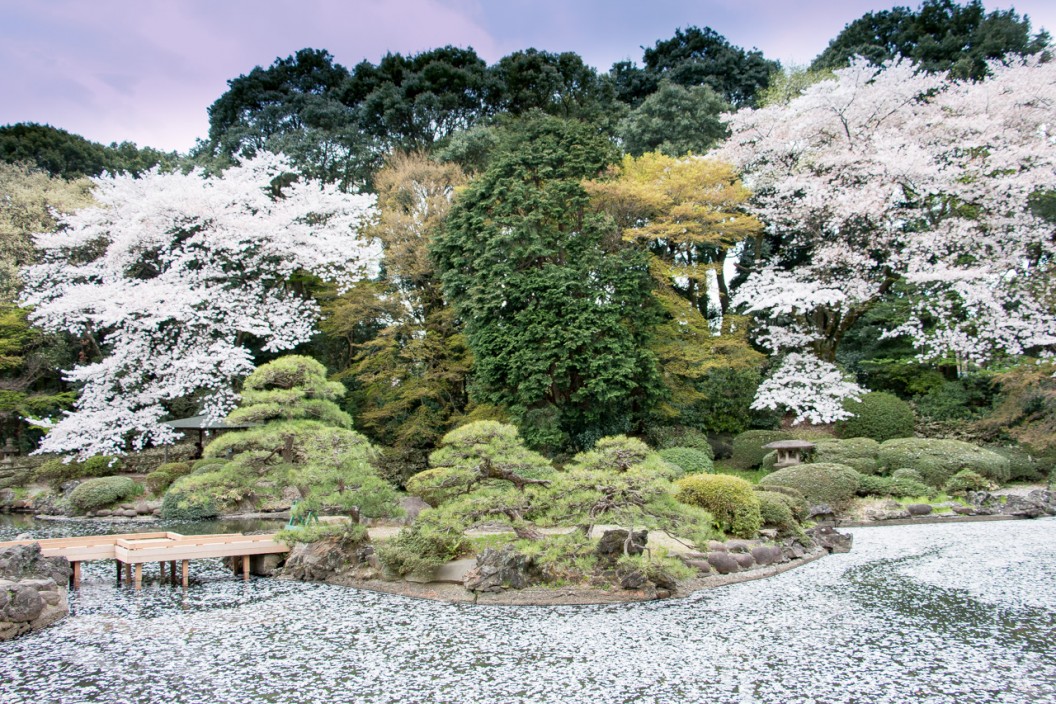 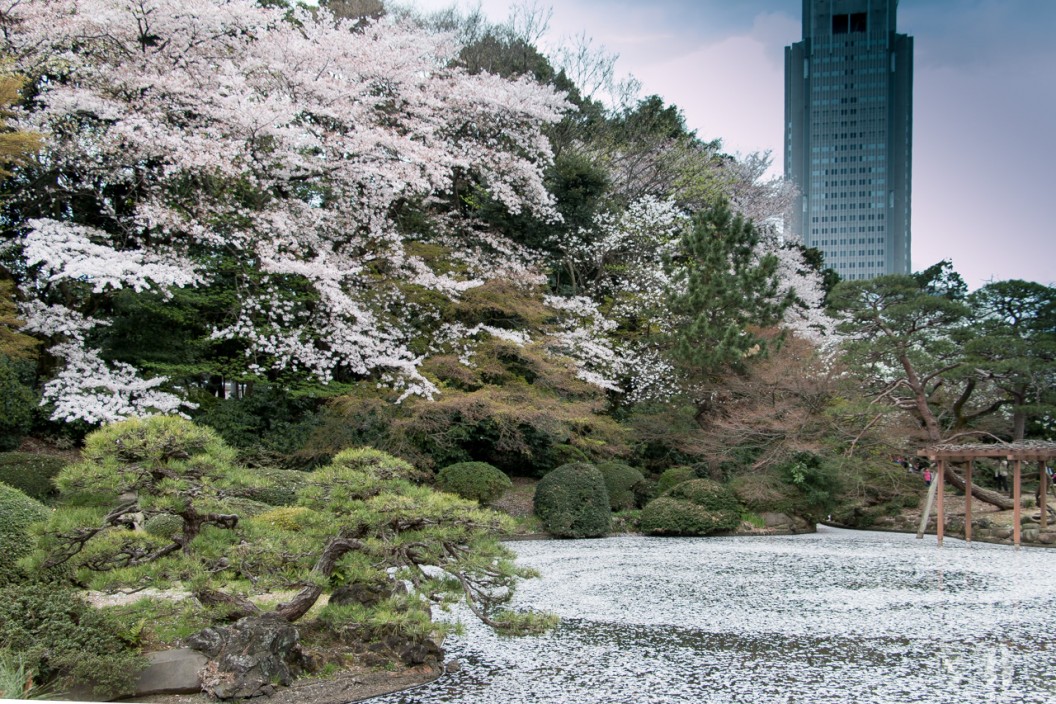 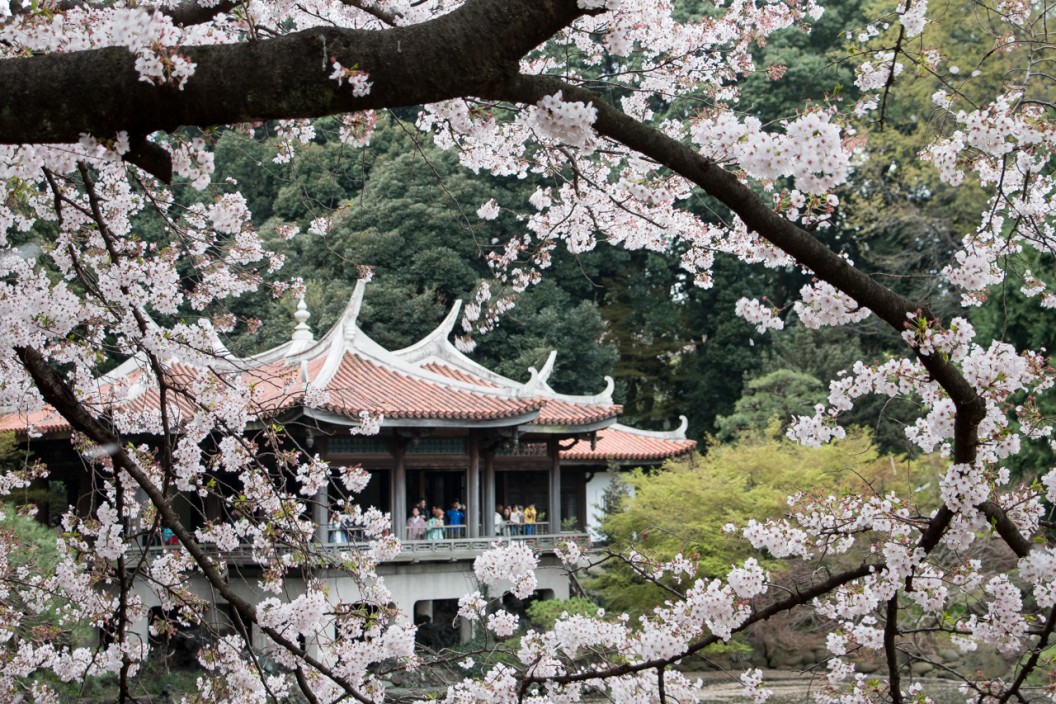 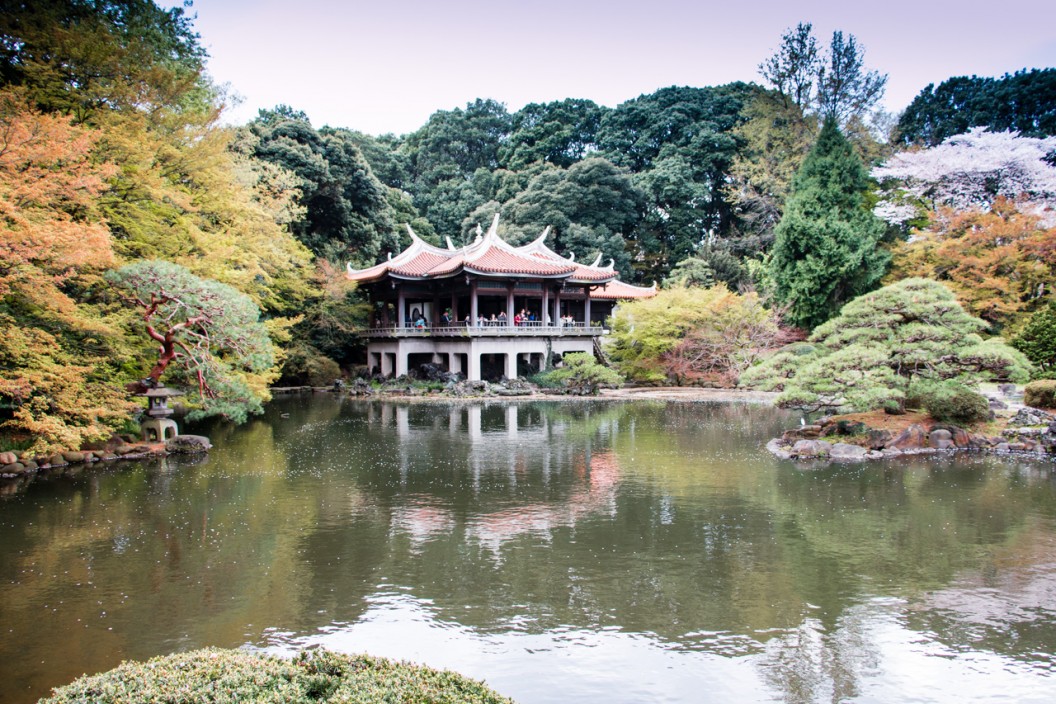 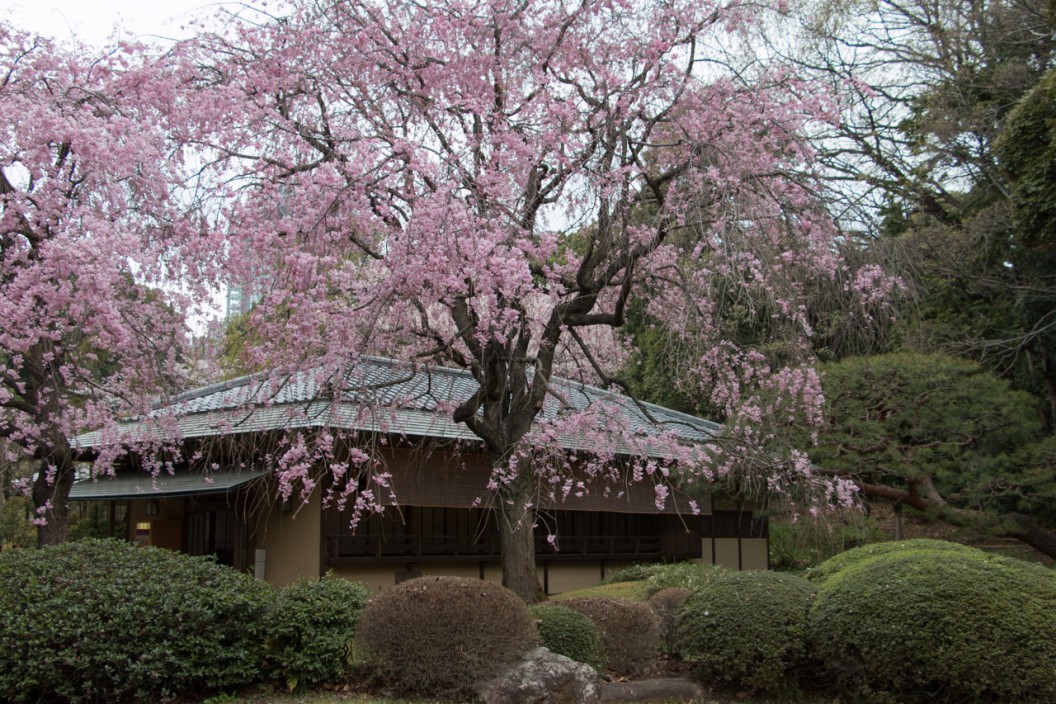 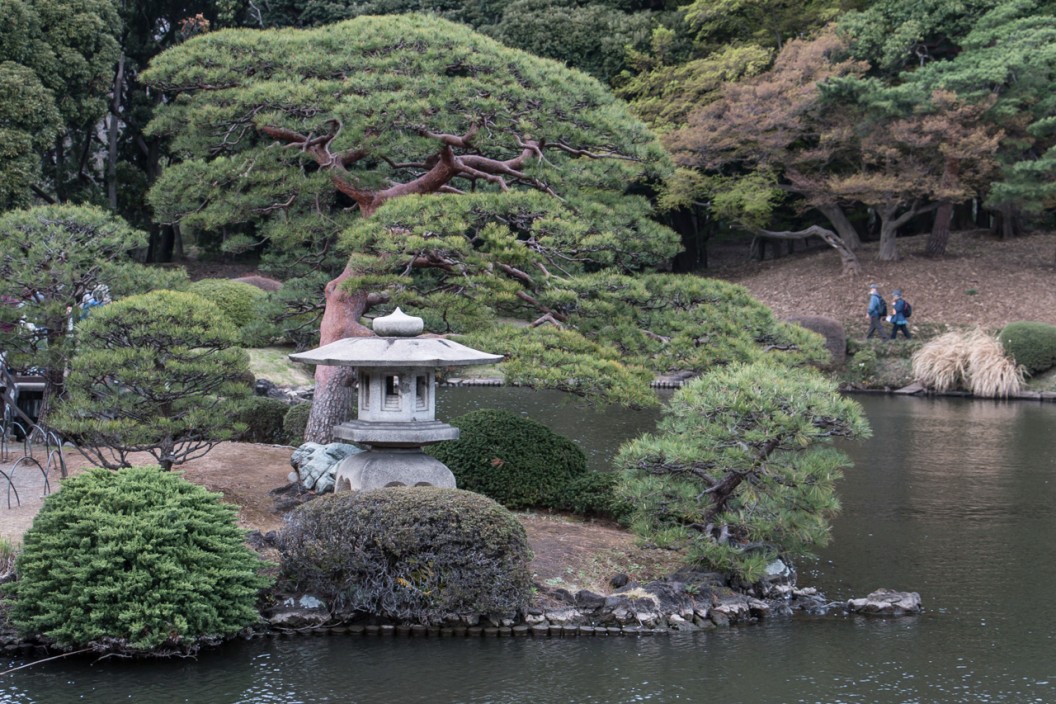 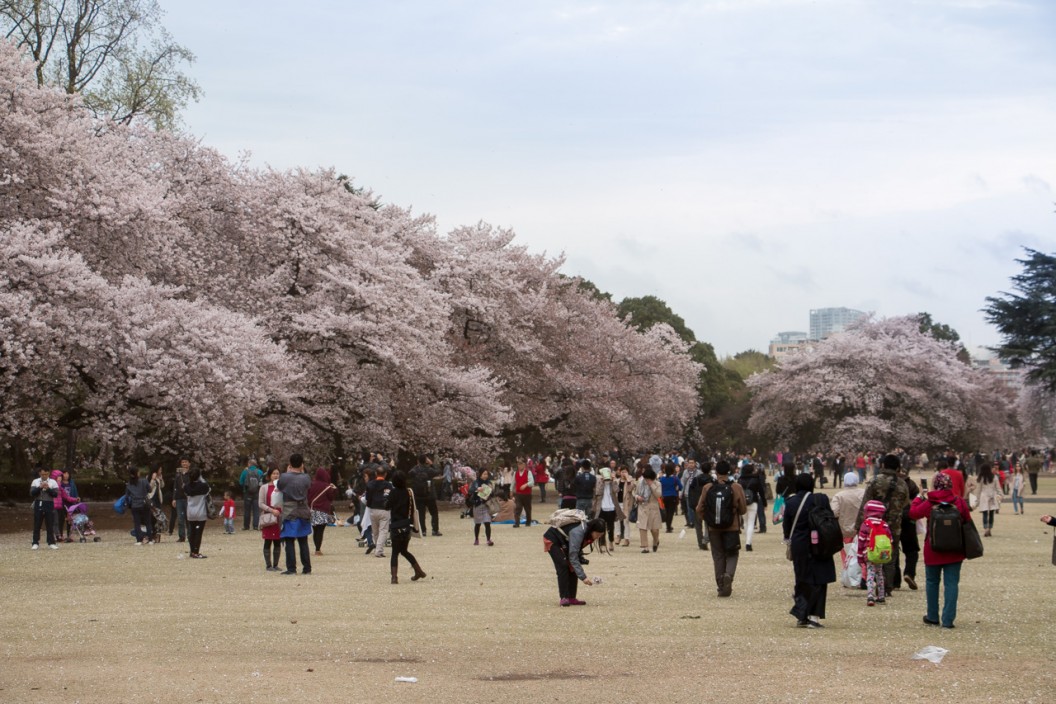 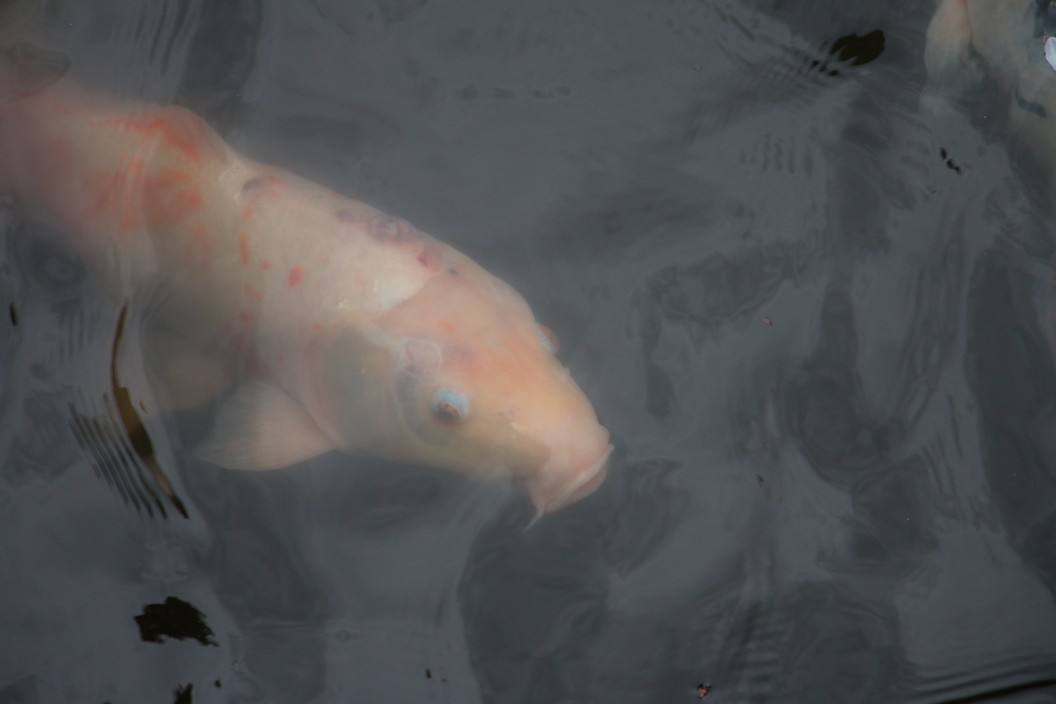 The Shinjuku area is neon madness at night so we were keen to be there after dark, but we went back to the hotel for a short rest then returned. First stop was a Sizzler Restaurant to satisfy our craving for fruit and veggies. It was slightly tricky to find, but a local lady came to the rescue and guided us to the restaurant. People are incredibly kind and helpful here. Earlier in the day a man stopped us in the street. We assumed he was trying to sell us something and kept walking, but then realised he was just asking if he could help us in any way. So different to other big cities around the world. Most things are cheaper here than home, but not fresh produce. Presentation is everything with produce, and most items are priced individually. We even saw cherry tomatoes for 19 yen each today! 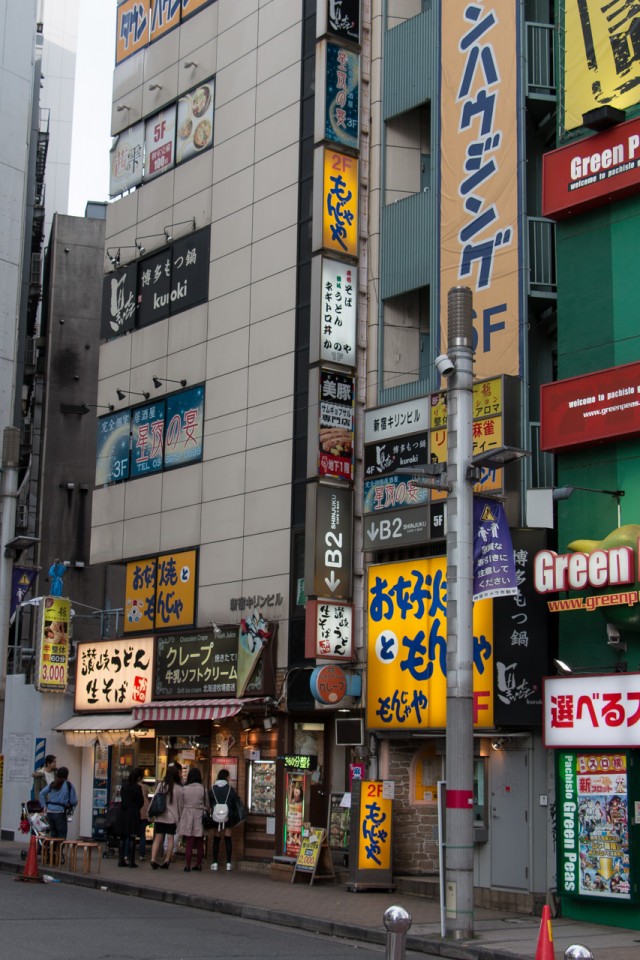 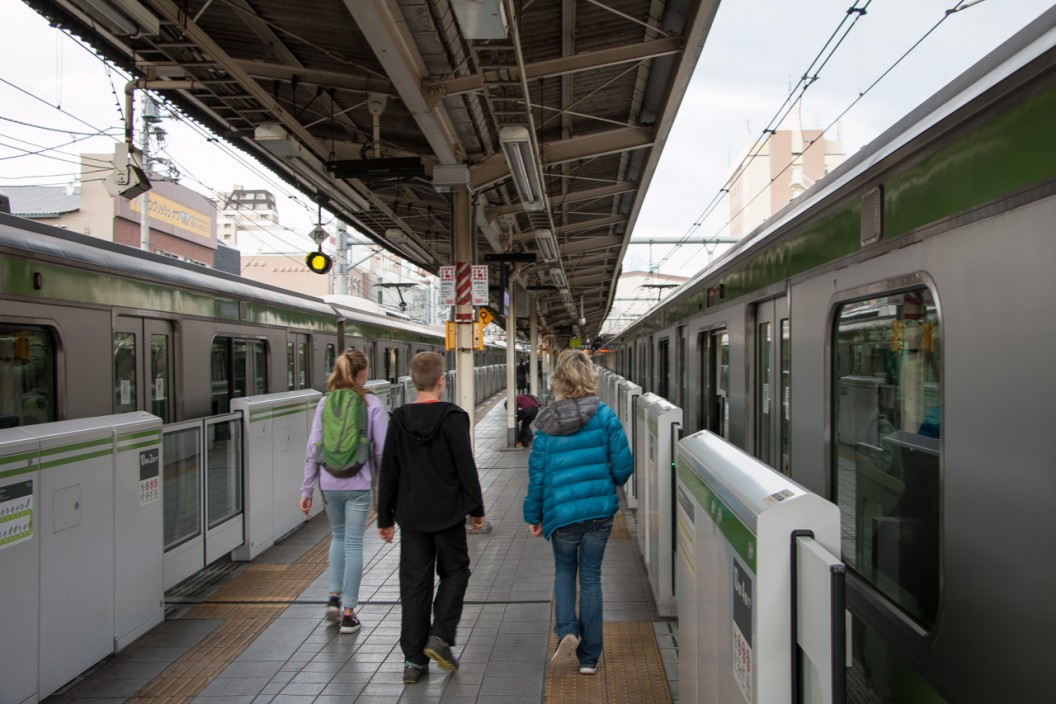 Sizzler was a good way to gorge on fruit and veggies with an unlimited salad bar. The girls just got salad bar as it included pasta, salad, bread, dessert and drinks – the boys added a steak! It definitely wasn’t Nozawa prices, but still cheaper than we would have paid back home.

With full tummies, we headed back to the station in search of the typical Tokyo at night. The place was crazy and a huge amount of fun. People everywhere, lights everywhere, action everywhere – but strangely the craziness was quite calm and the whole place felt very safe. It was great to just wander around and soak up the atmosphere. 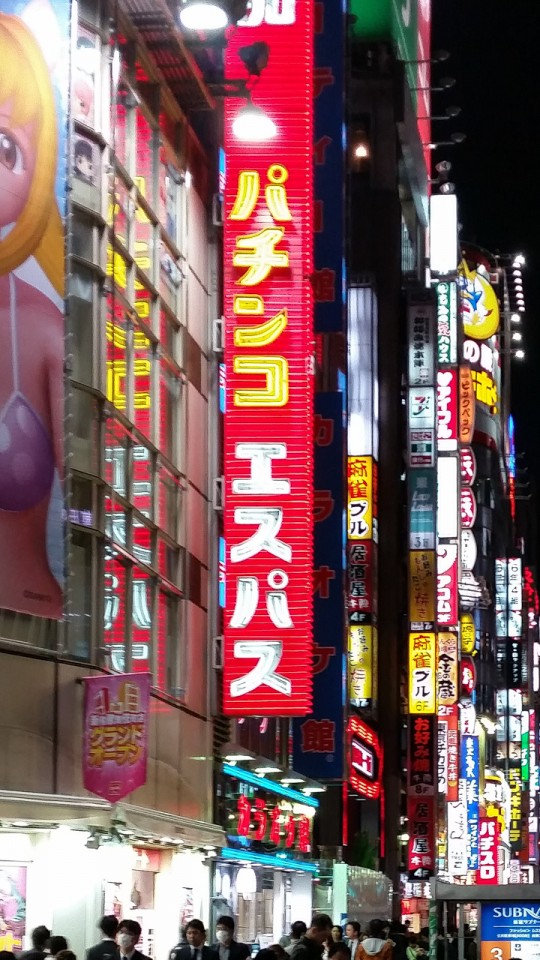 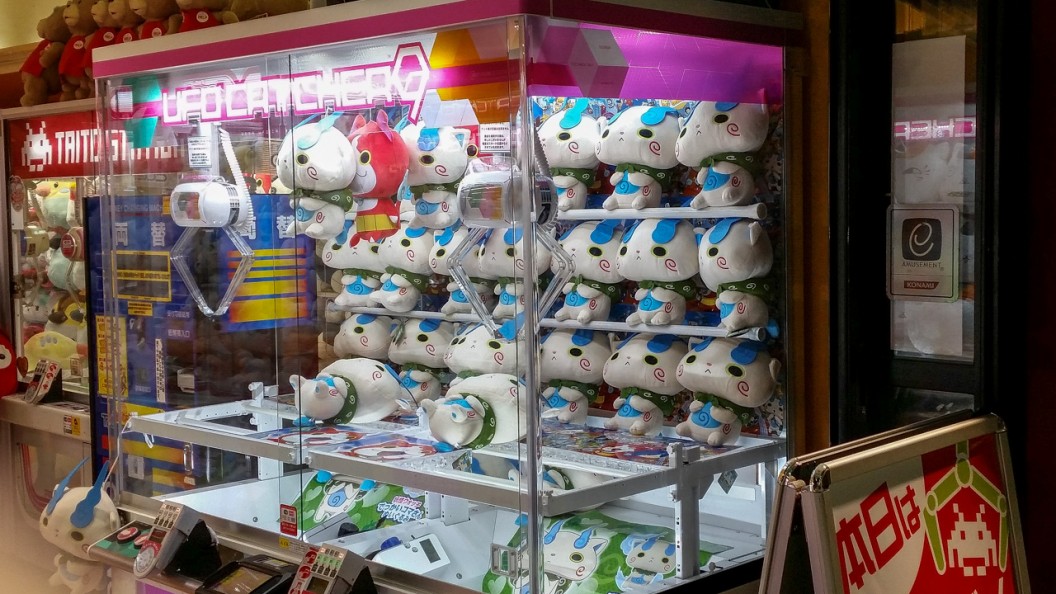 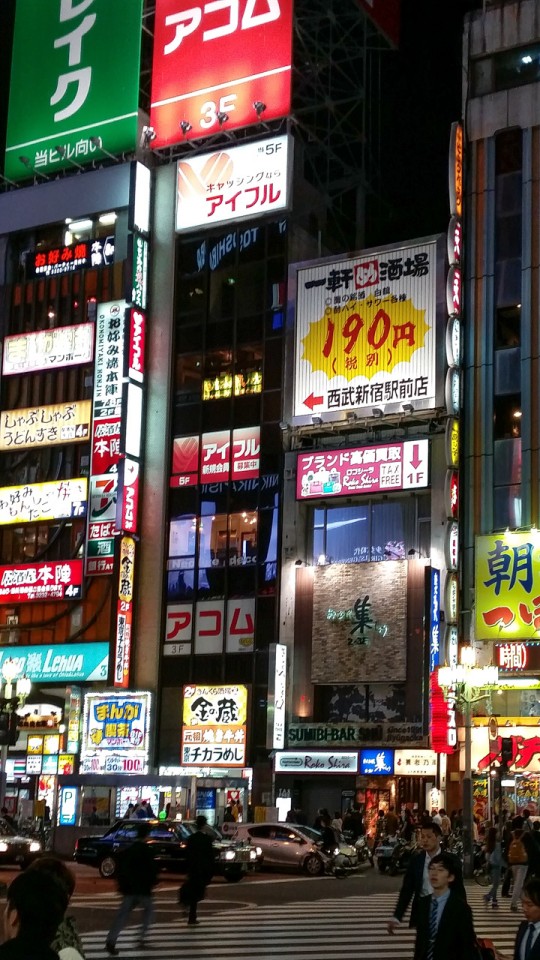 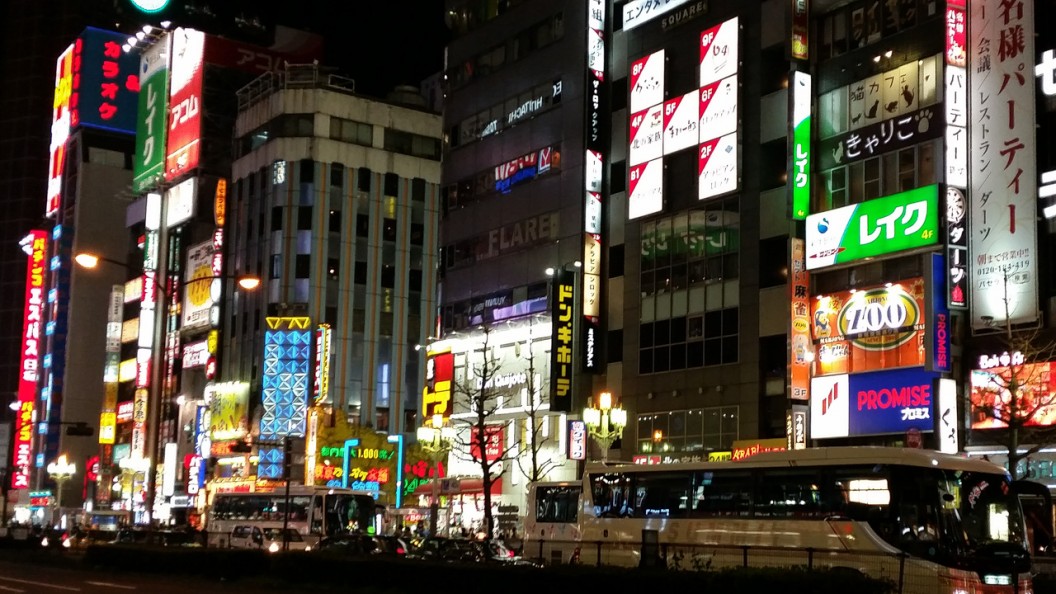 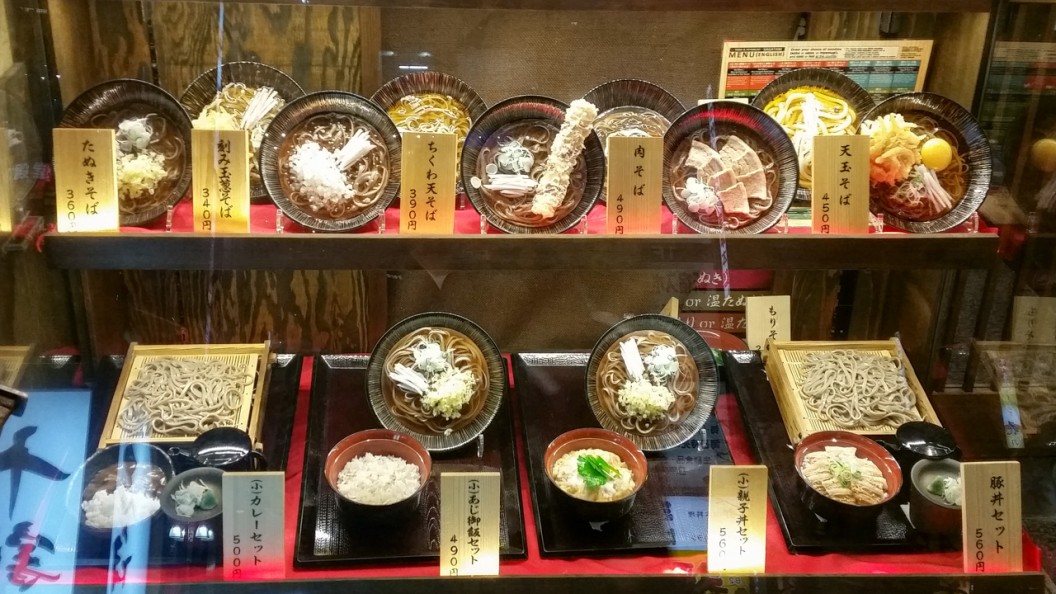 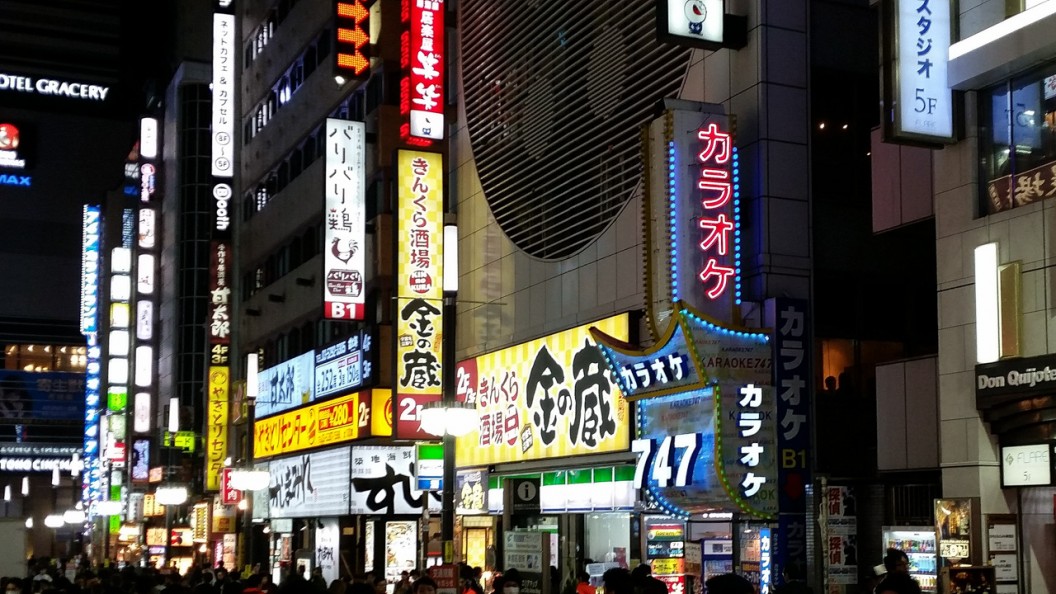 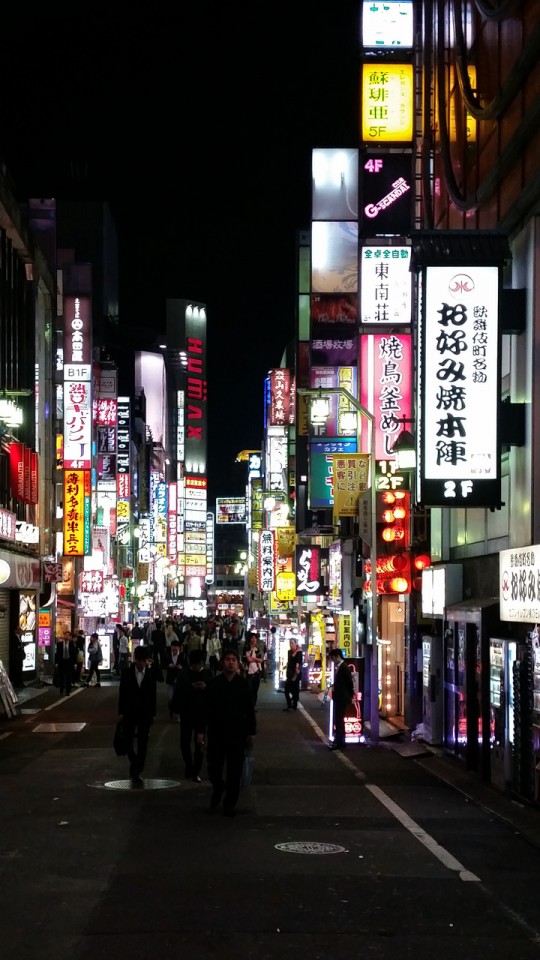 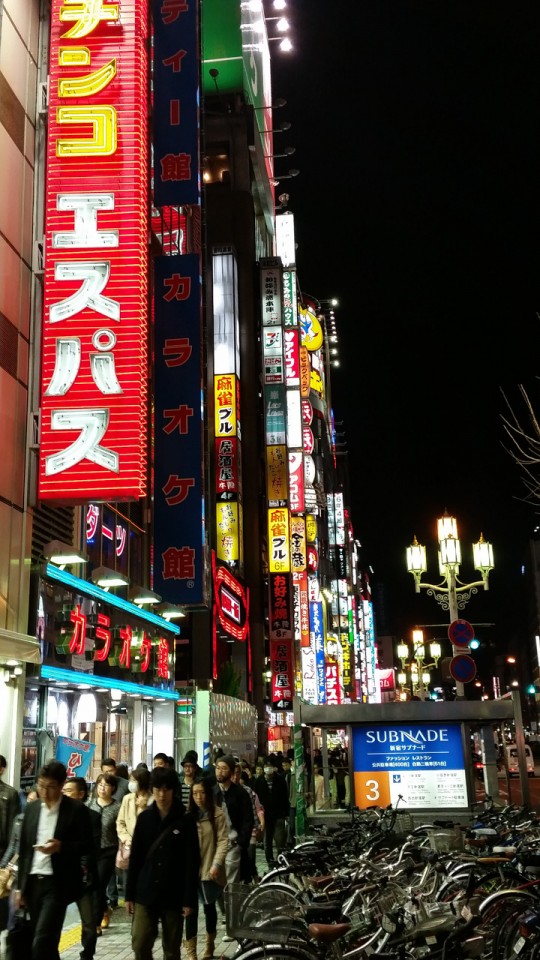 Our legs had been looking forward to walking around rather than skiing, but after clocking more than 16,000 steps (13+ km) in an afternoon they were ready to retire for the night. I suspect the hard beds won’t be a problem after all!