Our last trip to the USA was a theme-park free adventure. The kids were never going to agree to that a second time. Tokyo Disney has two theme parks on offer – Disneyland and Disneysea. We had told the kids we would devote one Tokyo day to the mouse in a park of their choice. Disneysea was the clear favourite – it’s the only sea themed Disney park in the world and has a reputation for being marginally less crowded that Disneyland. We had picked Tuesday as our Disneysea day – it had the lowest crowd calendar forecast for April at 48 out of 100 and was followed by a rest day on the trains. We had also been promised a wet day – not something we would normally wish for, but it was another factor in our favour. 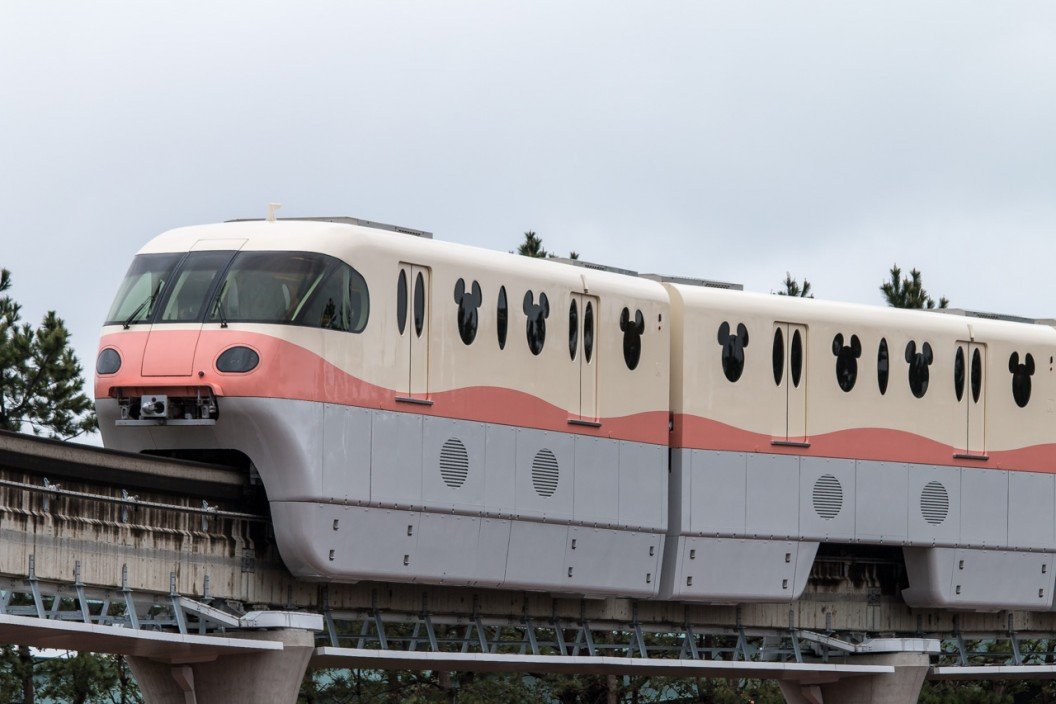 With a 1.25 hour journey time to Disneysea and no advance tickets, we set off just after 7am. Even Anna was up bright and early, she was terrified we would miss out on tickets altogether. If only she was that motivated on school mornings. We found all the right trains and were at the gates before 8:30am. The ticket booths were quiet, it was the lines to get in the gates that were building. The kids and I jumped straight in the entry line while Andy grabbed the tickets – even those few minutes made a huge difference to where we were in the queue. We spent the time before 9am opening planning our strategy to beat the crowds. My job was to run to get Fastpasses on “Journey to the Centre of the Earth” while the others headed to the back of the park and lined up for Indiana Jones ride. The park is not small, so I arrived at the Indiana Jones ride with Fastpasses in hand but well overheated – if only I could have stored some of that heat for later in the day. Indiana Jones was temporarily broken, so we moved next door to Raging Spirits roller coaster which had a fairly short line. 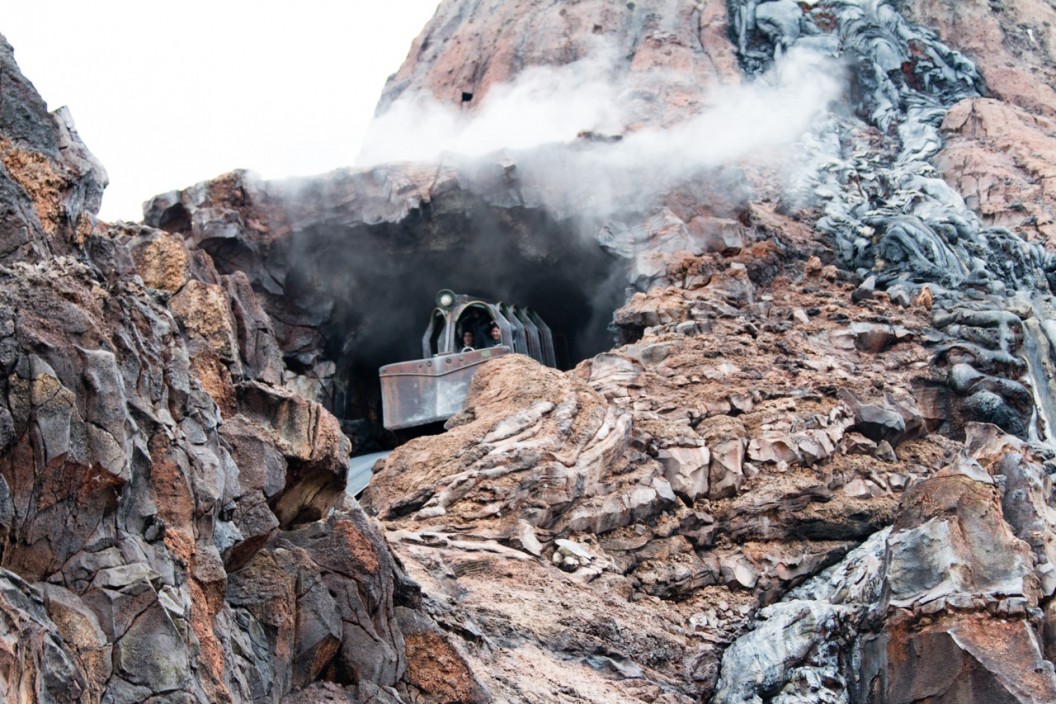 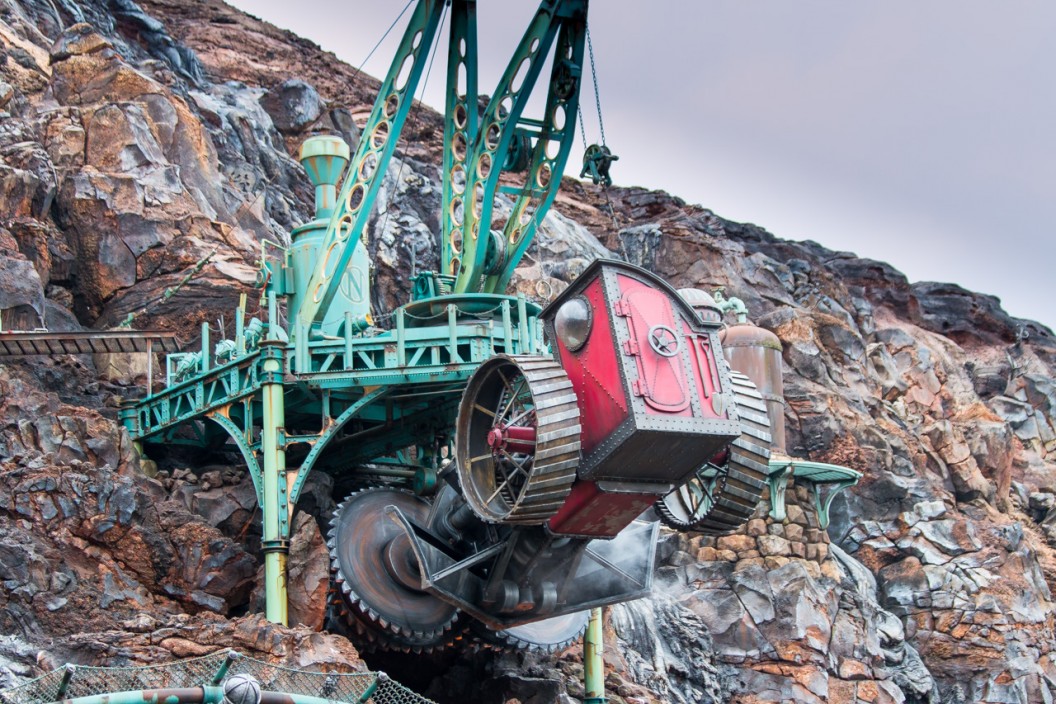 The kids were well aware that they might not get that many rides and were happy with that. They were happy with the magic of being there and any rides were a bonus. We’ve been to a few Disney parks now, but never to one with such incredible theming. The attention to detail is in a different league to any Disney park we have been to. I could honestly say it would have been worth going even if we had only got a few rides. 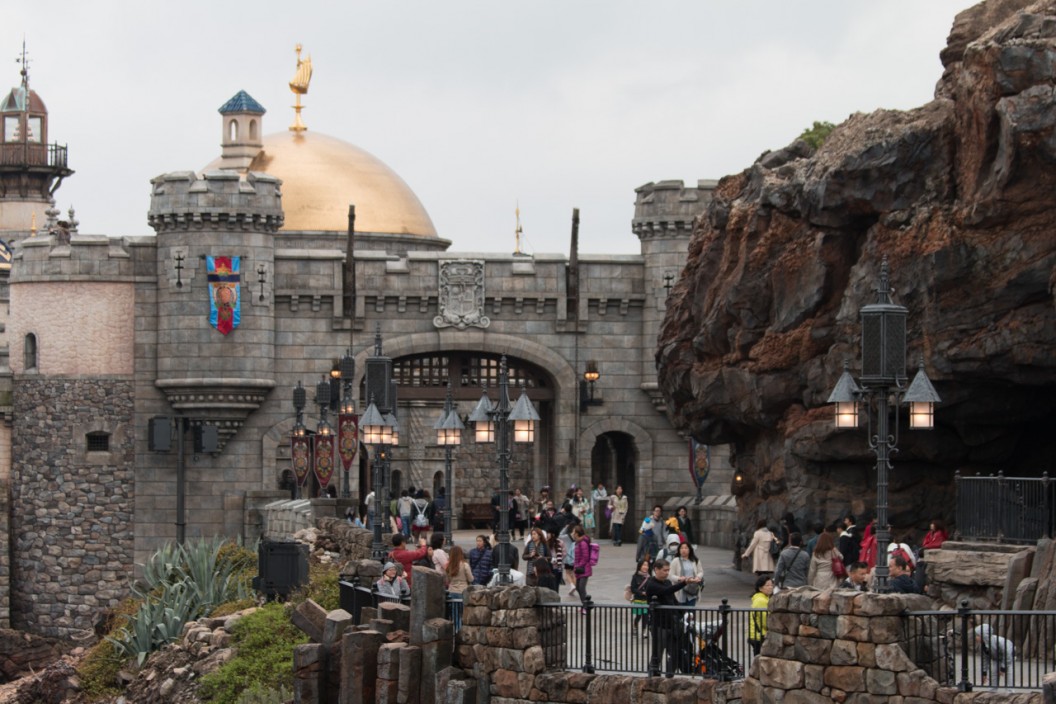 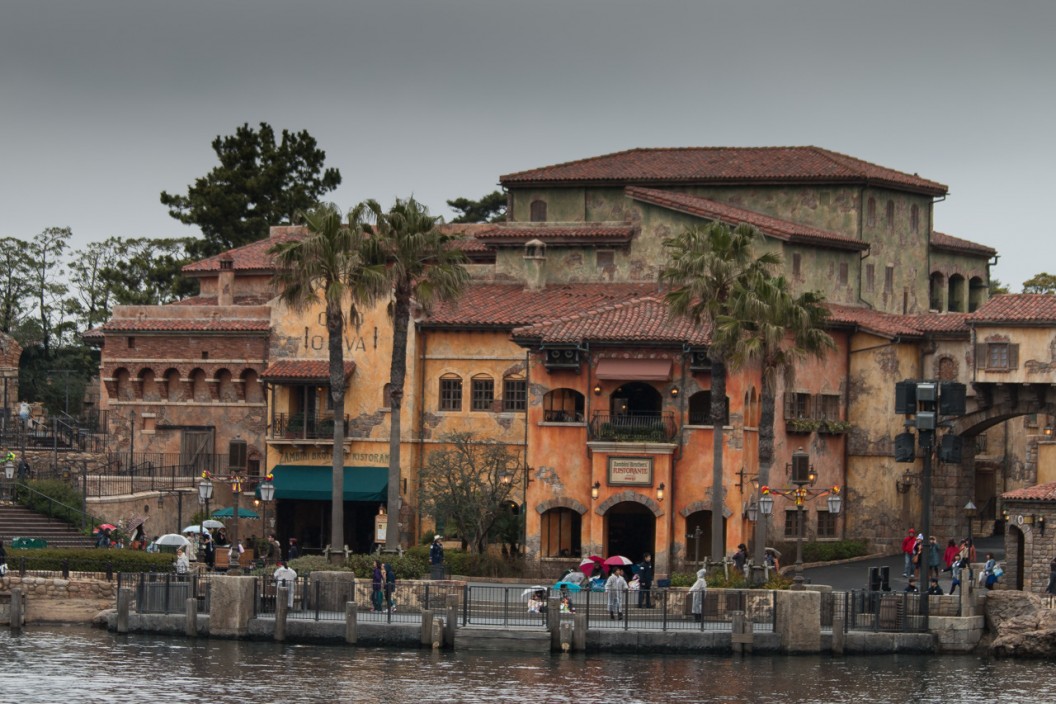 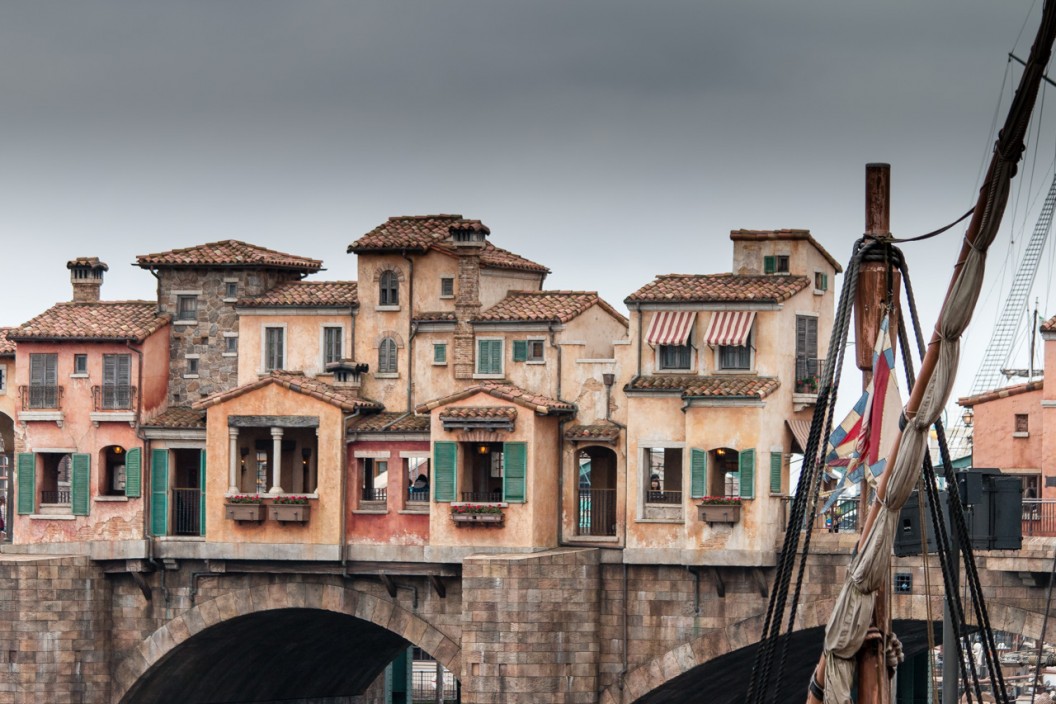 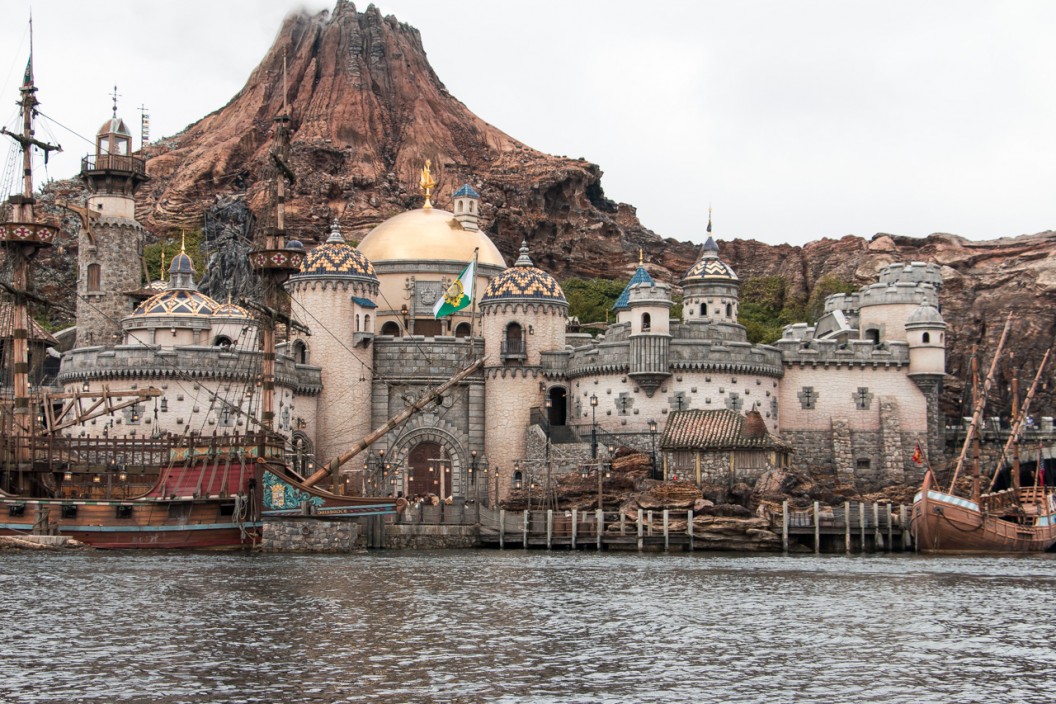 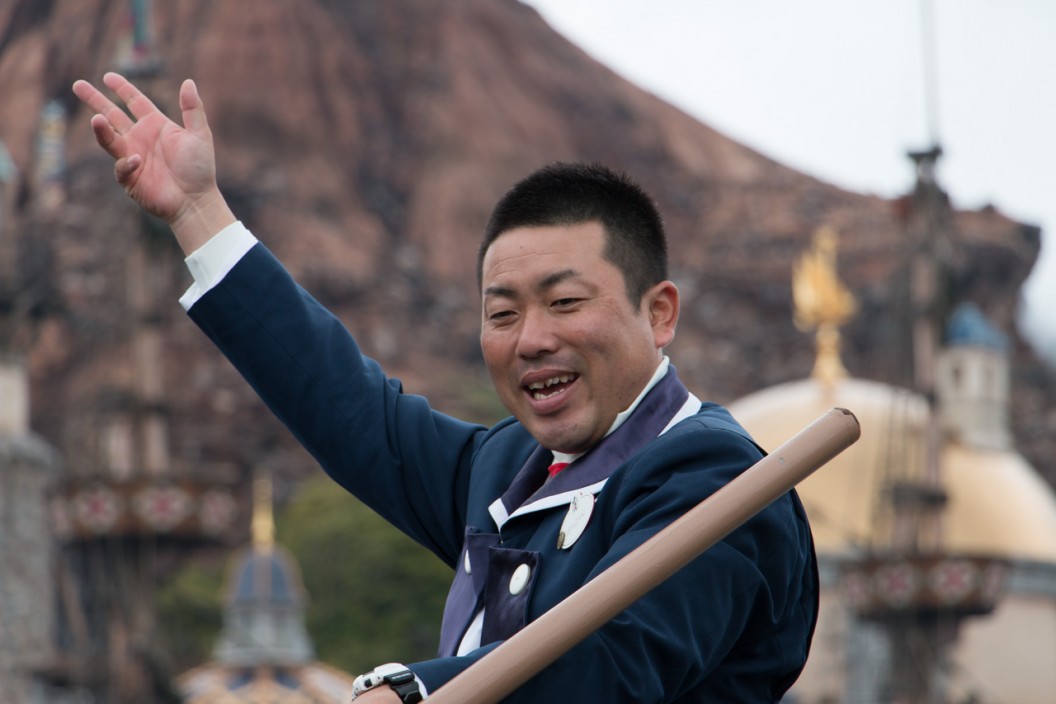 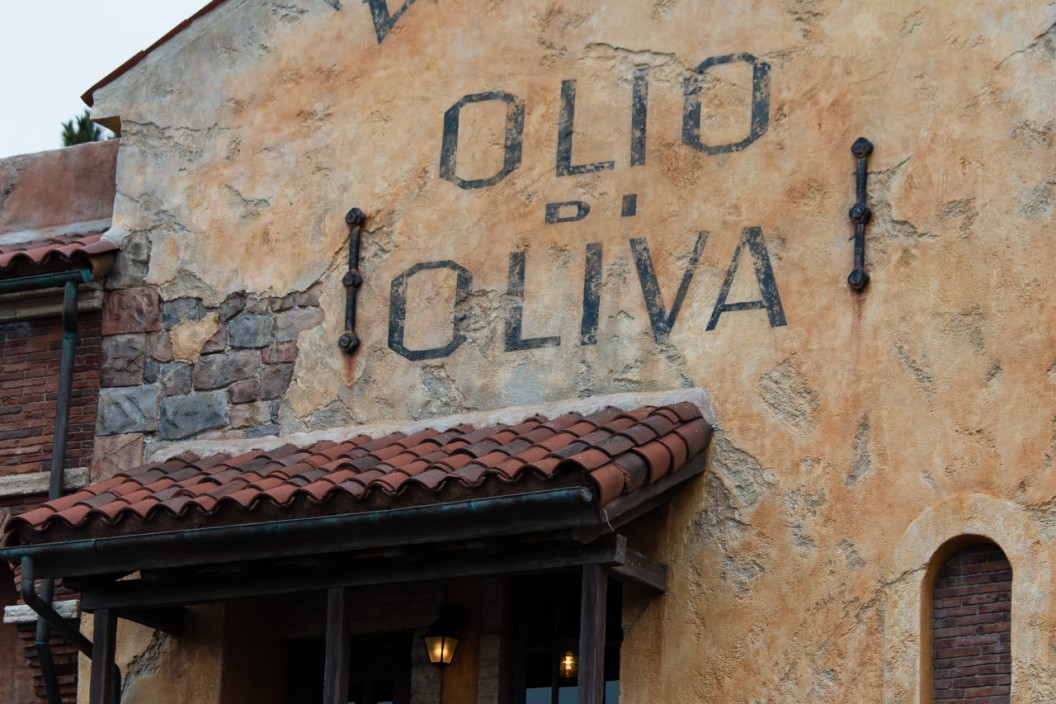 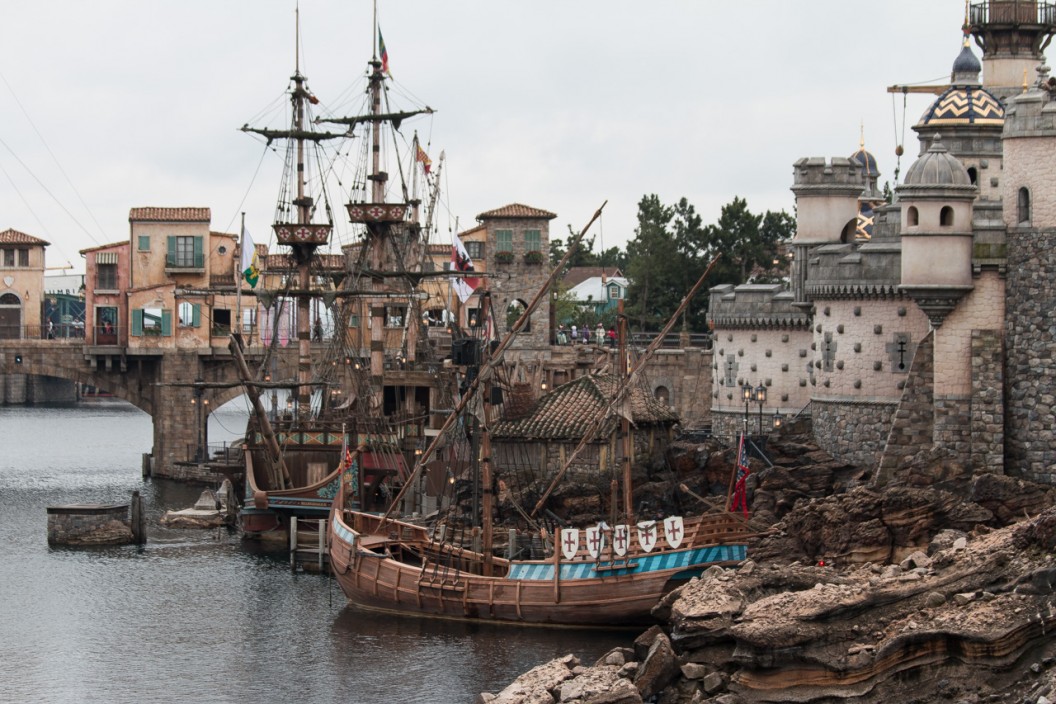 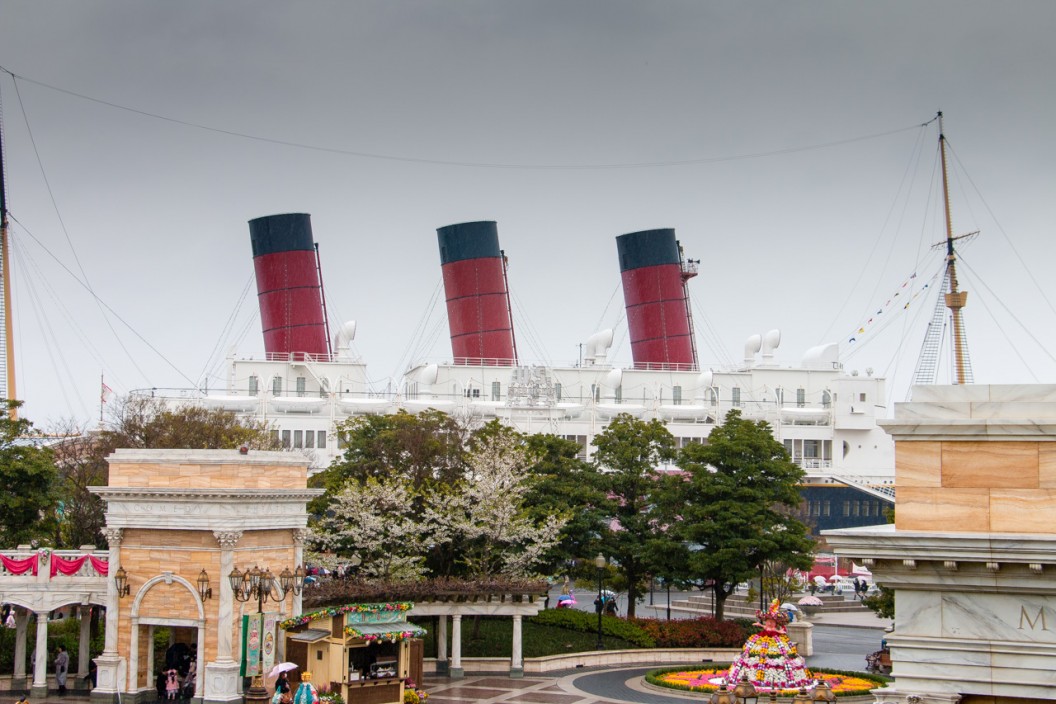 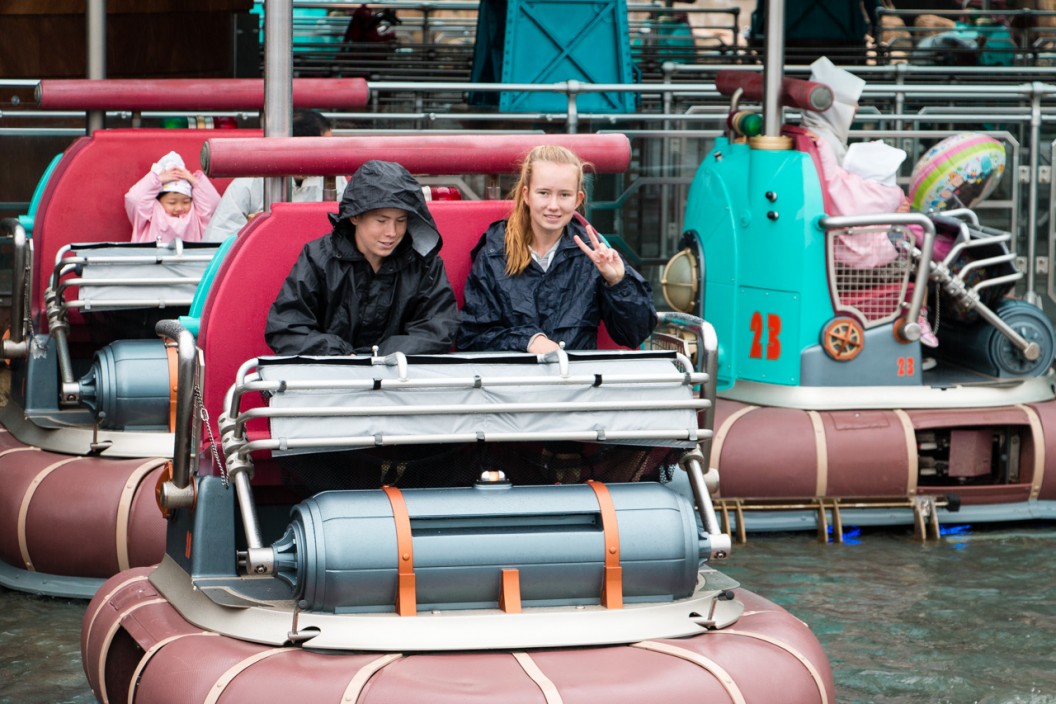 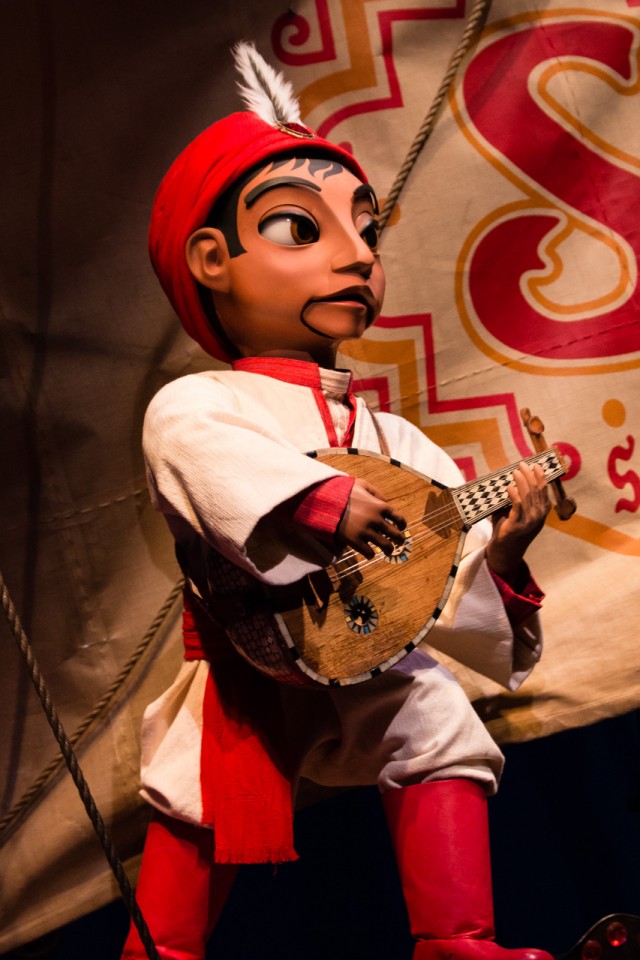 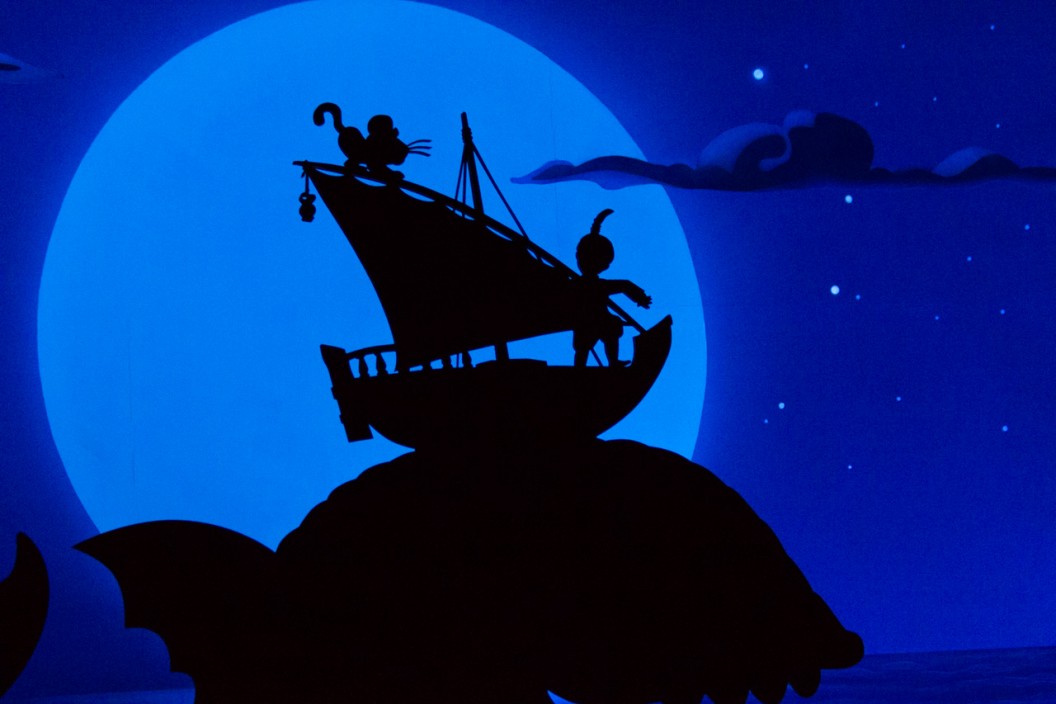 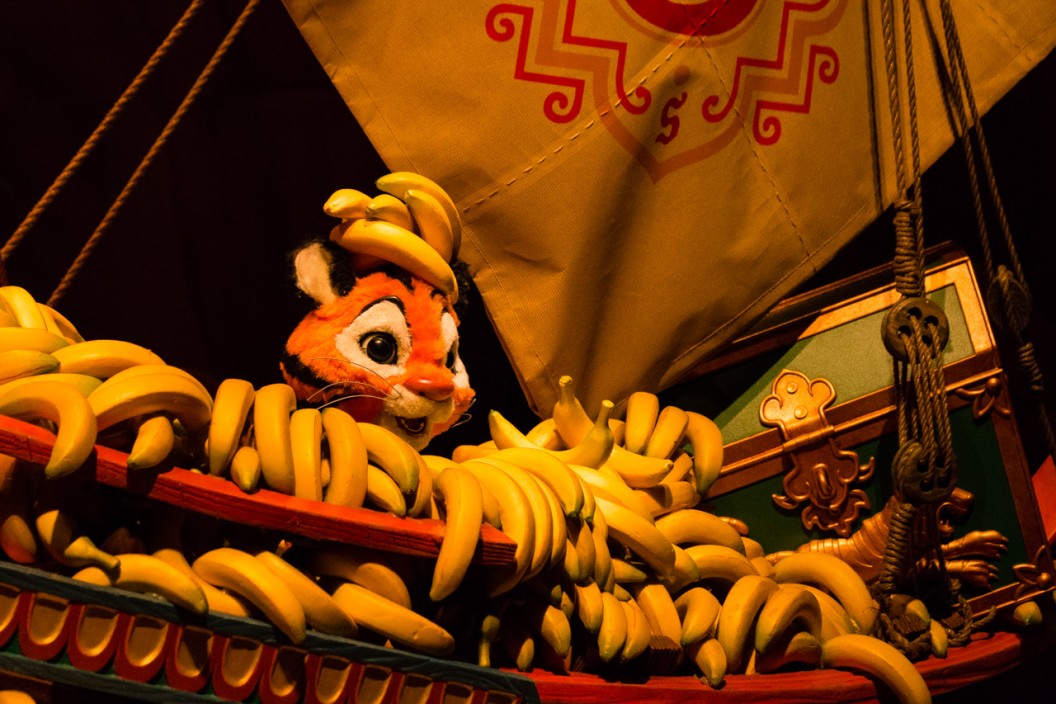 Disneysea must be one of the best places in the world for people watching. There were a few Westerners at the park, but the vast majority of people were Japanese. They love to dress up in matching outfits. Groups of friends were identically dressed and large numbers of couples were matching as well. Our boys were horrified at the concept of dressing up and some of the Japanese males didn’t look too delighted either! At first we thought there were lots of kids there in school uniform, but then realised it was just their fashion for matching short pleated skirts and blazers. Anna couldn’t resist getting in on the action and is now the proud owner of some Minnie Mouse ears! 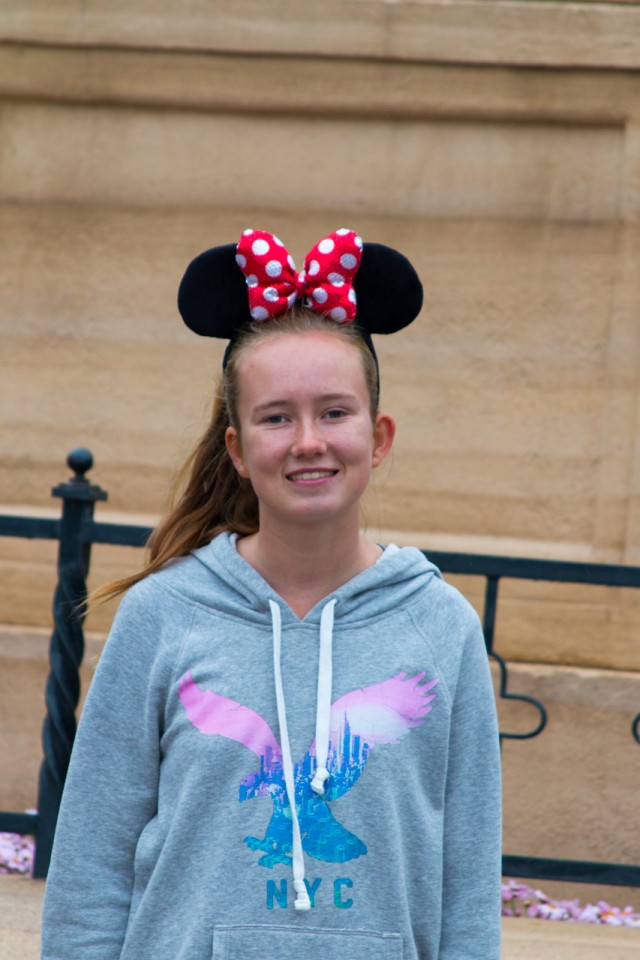 The other obsession is bringing soft toys with you to Disneysea. While we try and minimise stuff to carry, the Japanese carry big toys around all day and hang multiple smaller soft toys off their backpacks. Duffy Bear is a little known character, but has become the symbol of a Disneysea. We saw thousands of Duffy Bears being carried, shops dedicated to Duffy Bear and little kids completely encased in Duffy Bear suits (at least they would have been warm!).

We were pleasantly surprised by the number of rides we got in the end. The rain arrived late morning (fortunately was short-lived) and it seemed to chase some people away. We could get four Fastpasses at a time, so let the kids go twice on some rides. We also discovered the “Single Rider” line on Indiana Jones, one of the best rides in the park. It’s designed for people with no friends, but almost nobody uses it. We were quite happy to split up and tag on to a group of three riders and it was significantly faster than Fastpass!

The only big ride we missed was Toy Story Mania and that was a deliberate move. The Japanese obsess over this ride and will queue for up to 3 hours to go on it. Fastpasses were forecast to run out at 10:20am, and the return time would be late at night. We had been on a similar ride in Paris and while it was good, it just wasn’t that good so we flagged it altogether.

Unlike other Disney parks we have been to this one has no parades. We think it would just be logistically impossible with the number of people they get most days. Instead all the big shows take place on the water and people can watch from many angles. The most impressive show was the evening performance of Fantasmic. It’s an impressive light, laser and fireworks show centred on the water. We had a great front row viewing spot to watch the show. The other shows take place in theatres and stages around the park. The most popular is Big Band Beat. There is a normally a lottery held each day to allocate tickets. Because we were there on an unusually quiet day we walked straight into this show 2 minutes before it started. I’m sure it’s an impressive show if you’re in to Big Bands – which we’re not! – but it was still a welcome half hour rest with some decent entertainment. 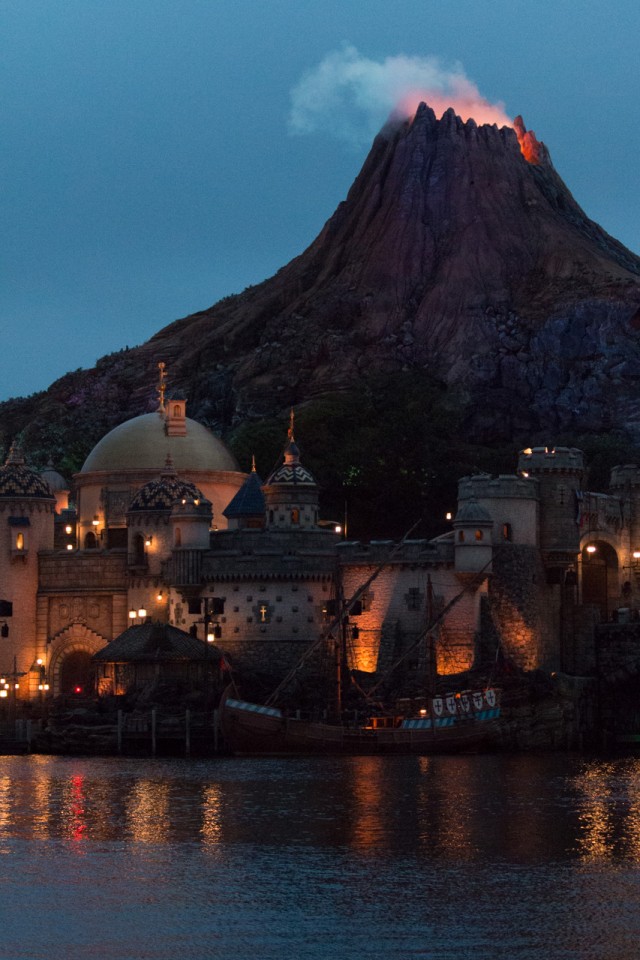 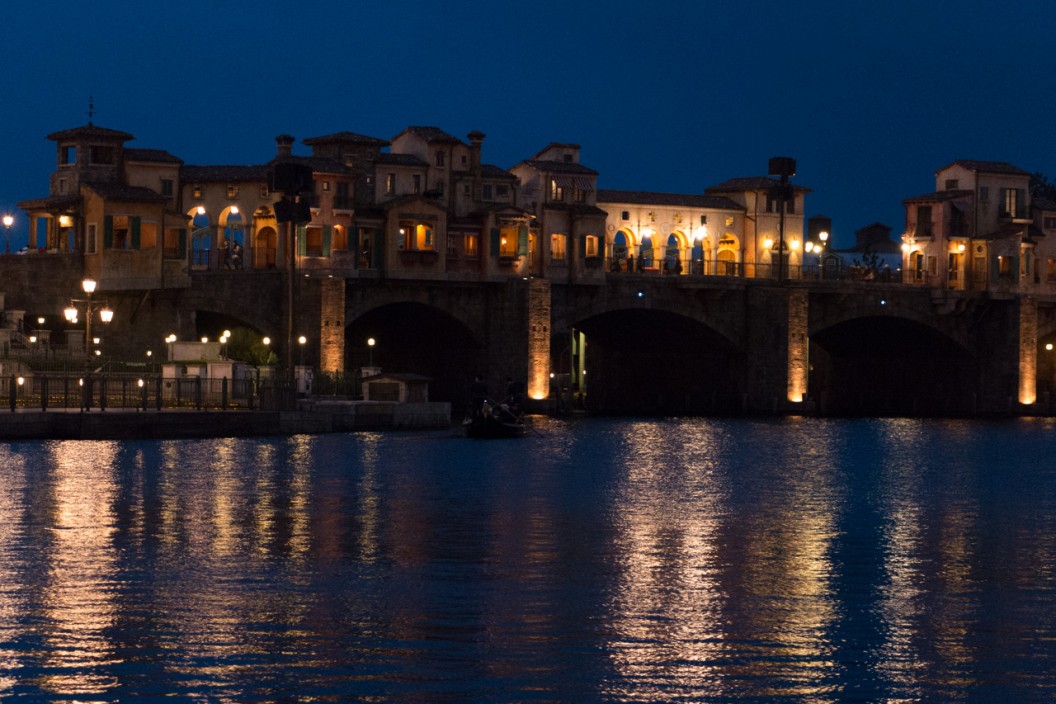 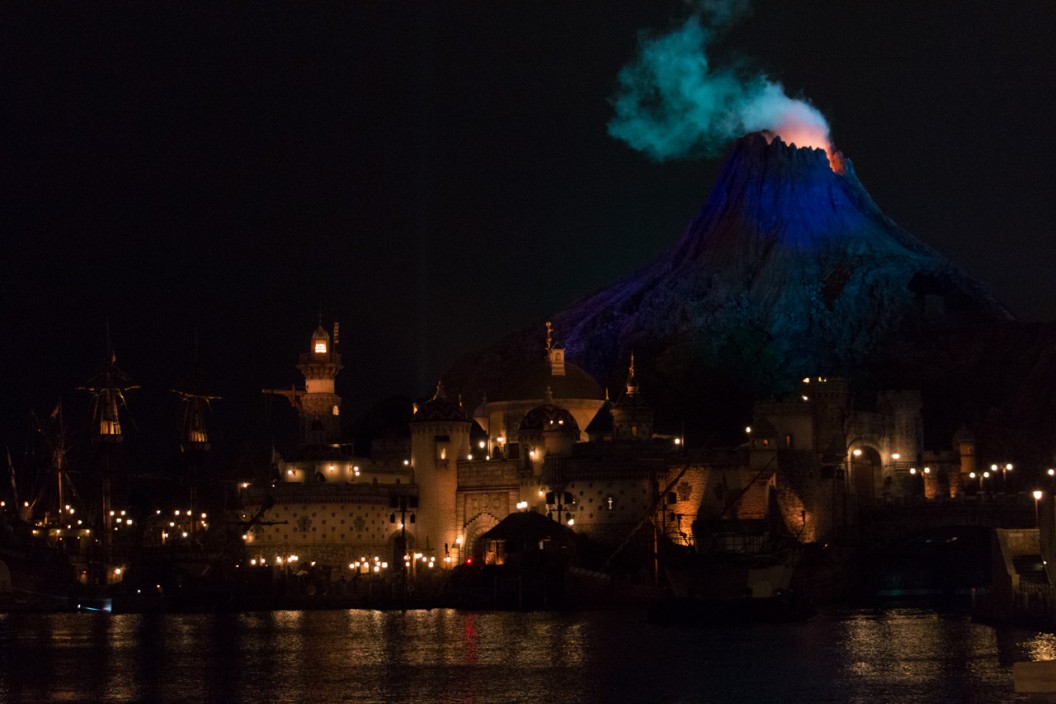 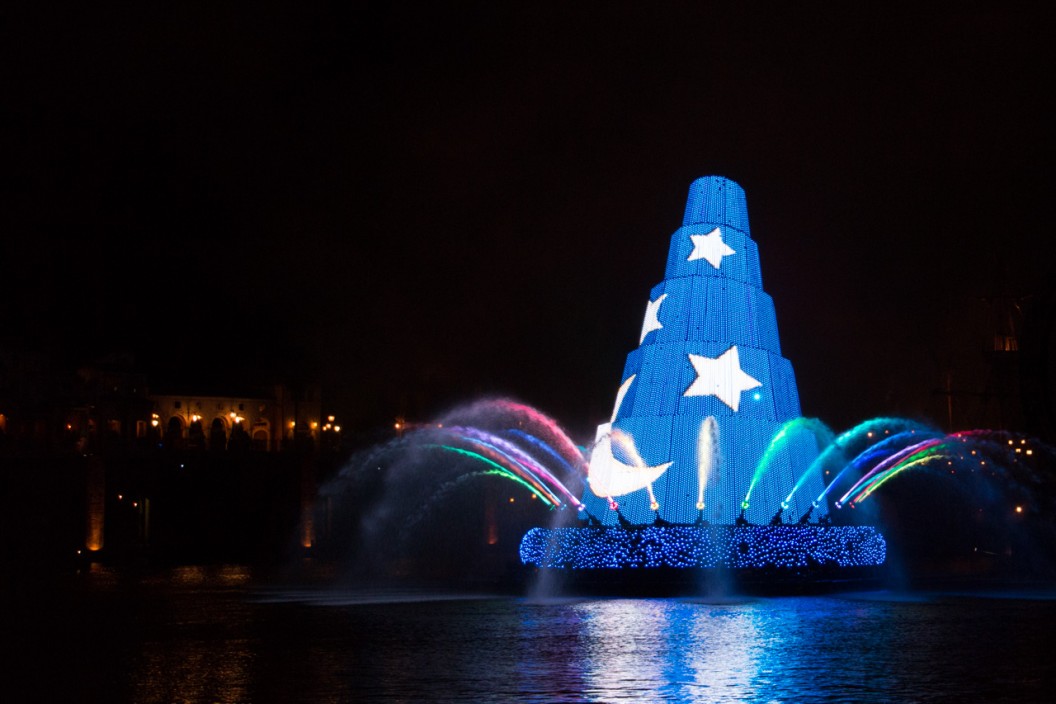 Snacks are a big part of the Disneysea experience. It’s famous for its popcorn carts, each one dedicated to a different flavour. We sampled white chocolate and salted, but gave flavours like curry a miss. The food at this park was great, there were tempting smells very where. It’s not the usual Disney rip-off and they have mastered the art of serving lots of people really quickly. On a quieter day like today that translated to no food queues, a very welcome change from our last Disney experience in Paris. We had South American main meals at lunchtime of yummy smoked chicken, rice and veggies for around $8. Dinner was at Italian affair with pasta and rotisserie chicken.

The park closed at 10pm and the kids were begging to stay until closing, but it was bitterly cold and we had a long trip back to the hotel. After the main show we finished the day with a gelato for the kids (we were just too cold for gelato to be remotely appealing) and a last ride on “Journey to the Centre of the Earth”. The heated seats in the train back to Tokyo were just what we needed – even if we did have to share the carriage with a very loud family from Birmingham! We got back to the hotel about 10:30pm and collapsed into our warm beds. An exhausting but brilliant day – the only downside being the cold weather, but that was also a good thing for minimising the crowds.

Another Amazing Day in Rome