Friday was a pretty grotty day in the mountains, but fortunately we had another inside activity on our to-do list. The tiny village of Hallstatt just across the lake from Obertraun has a surprising amount of history for its size. It has fewer than 1000 permanent residents, but is home to the oldest salt mine in the world and has a historical era named after it – the Hallstatt Era. It is built on a ledge between the lake and the mountains that rise from the lake. There is so little room to build a road without going through the centre of the village, that they have built a tunnel for cars inside the mountain. The car parks for the village are accessed from this tunnel and the railway station is on the other side of the lake with a ferry connection. 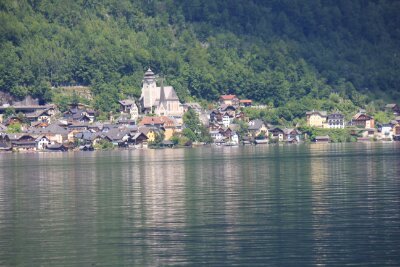 The salt mine in the mountains high above the village is accessed by either a long steep trail or a 3 minute funicular ride. We opted for the latter! There was still a short climb to the mine entrance and of course a few hundred more steps. Before entering the mine we were kitted out in miners’ clothing – supposedly to protect our precious clothes but I think it was more for fun! The tour was in German and English although I think the English version was more of a summary, but it was fine for us.

We learnt about the history of the mine, which has been in operation for about 7000 years. It was a well presented tour with lots of multi media presentations along the way. The highlights were the two miners’ slides and the miners’ train that we rode to exit the mine. The second slide was 64m long and had a speed radar so you knew how fast you’d gone. The kids loved the tour and had a science and history lesson without even noticing. 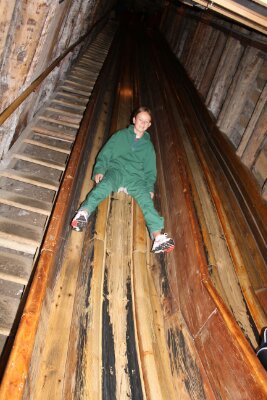 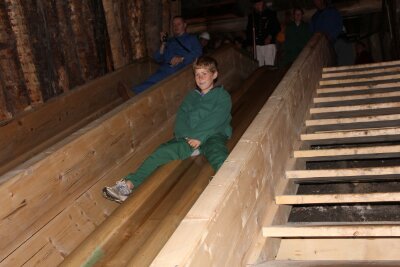 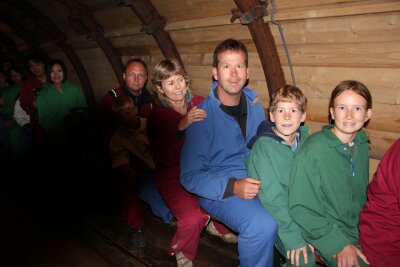 We had hoped for an improvement in the weather while we had been underground as there would have been impressive views from the top of the funicular. It wasn’t to be though, so we went back down to town in search of some lunch. Hallstatt is extremely popular with the tour groups, but the crowds were not too bad with it being shoulder season and average weather. We did see more Japanese tourists there than anywhere else though.

We tracked down an authentic Austrian cafe just off the square and enjoyed Wiener Schitzel mit Pommes x 4! Once we were refuelled, we had the energy to climb the steps to visit the church and Beinhaus (Bone House). Space in Hallstatt is very limited and the cemetery is very small. The locals solution was to dig up the skeletons from the cemetery after 10 years, making room for more people. The dug up skulls and bones were then placed in the Beinhaus. Over 600 of the skulls have been named, decorated and displayed in neat rows. It is a bizarre sight, but interesting to see. Anna was intrigued to see how many of the skulls belonged to other Annas – it is a very popular name in Austria! 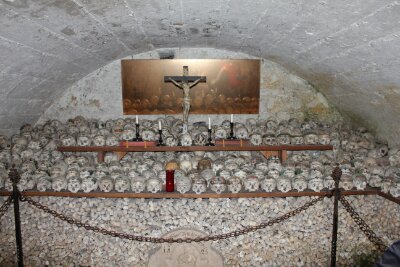 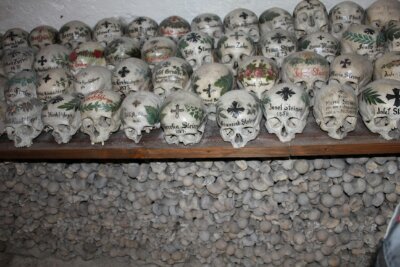 We spent some more time wandering in Hallstatt and admiring the amazing buildings. They are very old and many cling to the side of the cliff. It would have to be one of the most beautiful villages we have ever visited – the camera worked overtime! It is quite unlike other places we have visited in Austria, in some ways it reminded me more of Bergen in Norway. 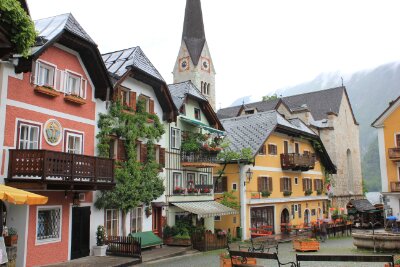 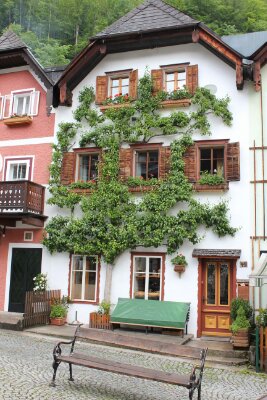 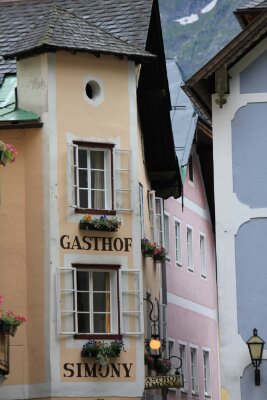 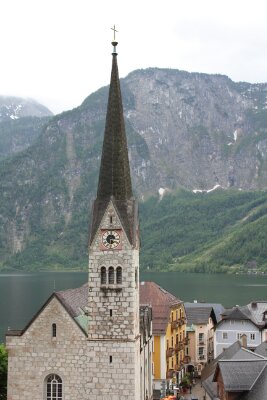 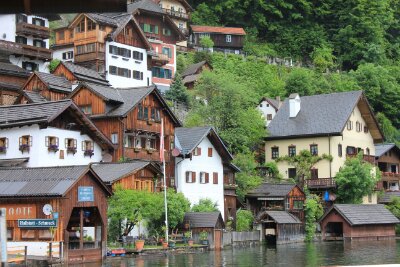 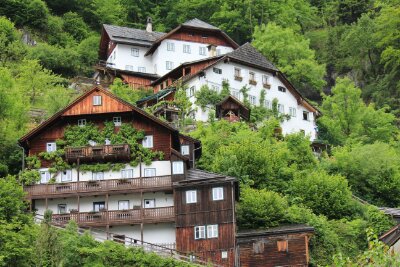 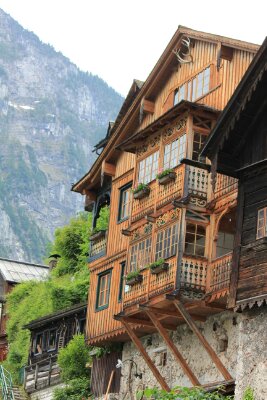 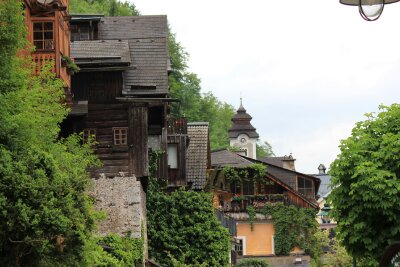 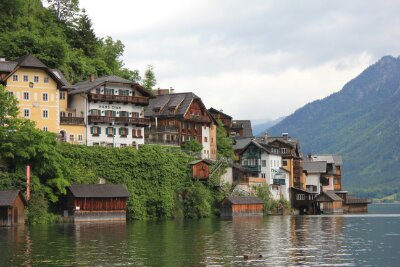 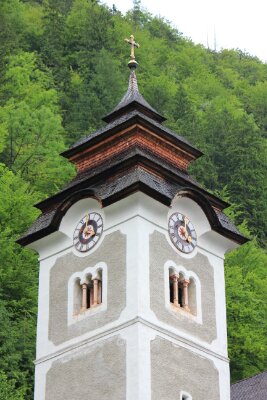 The rest of the day was spent enjoying our little village and having some much needed down-time. Just before it was dark we walked on a trail to a lookout above Obertraun. The trail was littered with giant snails and slugs. We did out best to avoid them but there was the odd victim. It somehow seemed meaner to stand on a giant snail than a normal NZ sized garden snail!

Off to join the family