Sunday morning started with another must – London Eye. We had been reluctant to pre-book it as the weather forecasters are so unreliable here. In the end we just rocked up when the ticket office opened and the queues weren’t bad at all. The wheel rotates very slowly with one revolution taking about half an hour. We had read comments that some people found it a bit slow and boring, but we loved every minute of it. It was good riding the wheel after a few days as the kids now recognised a lot of the places. The wheel is 135m in diameter so the views are extensive. 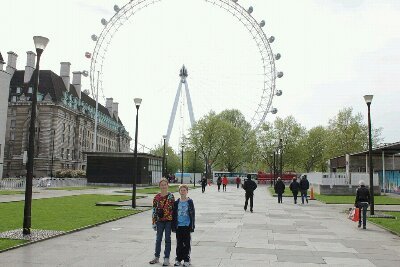 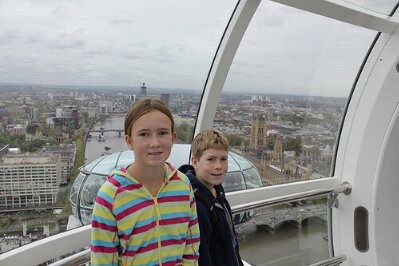 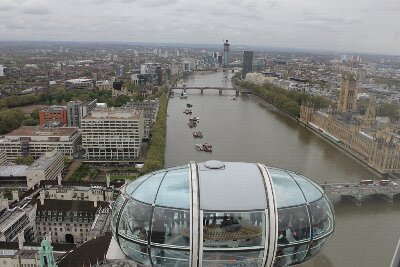 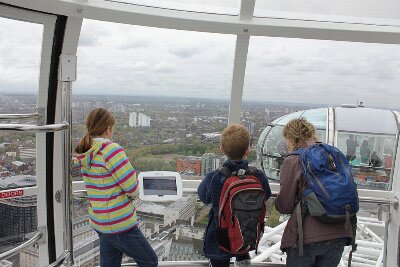 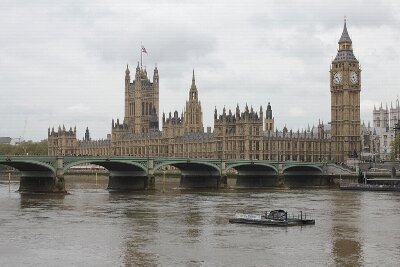 Our next stop took us out east to check out the Olympic Park. There is still a lot of tidying up to do, but the main buildings are complete. There is a good viewing area with information boards so we were able to get a good overview of the various venues. It will be exciting to watch the Olympics having seen the actual venue. 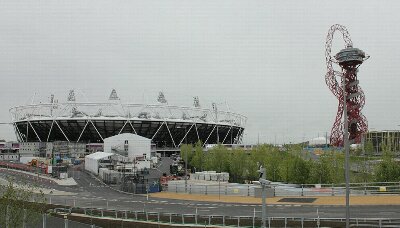 This is a bank holiday weekend in London so the crowds are even madder than usual. We attempted some of the museums in the afternoon, with limited success. First stop was the Science Museum. The kids were keen on an interactive area called Launchpad. It would have been fantastic but for the thousands of pre-school children that swarmed the place. You could barely move for strollers and kids. Getting near an exhibit was difficult, actually getting to work one without a huge wait was impossible. We checked out the Energy Gallery and Computer and Maths Gallery quickly. We did see one of Charles Babbage’s difference engines but then we gave up.

I had the idea that the Natural History Museum would be a better bet as it was more looking and less interactive (yeah, right!), so we headed there. The kids were keen on seeing the dinosaurs. After finally tracking down the right area, our jaws dropped at the length of the queue to get into the dinosaurs. We had fun just looking at the way the queue snaked round the entire room, then abandoned ship and tracked down the nearest Haagen Dazs ice cream to restore our sanity. We can say we’ve been to the museums but a more thorough visit will have to wait for the next trip. 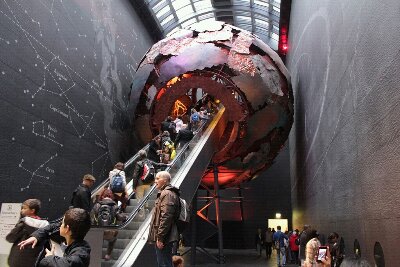 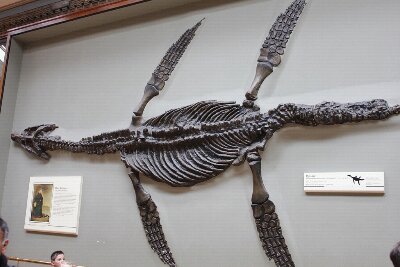 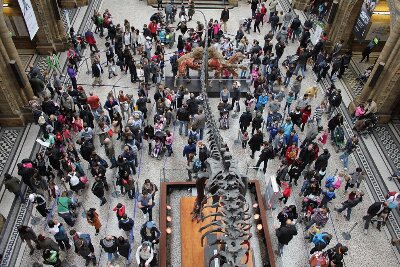 Queues in the dinasaur gallery

We have no kitchen here so dinner is somewhere different every night. Last night was Italian, tonight we tracked down some pub-grub. Went to The Lord Moon of The Mall on Whitehall. Andy got a good Chicken Tikka Masala with the rest of us settling for roast beef. Not flash, but good hearty food that doesn’t break the bank (cheaper than at home!). We will sleep well again tonight as we have walked many more miles today.

We made it to the Zugspitze Summit!

Off to the UK