The train ride from NY to Philadelphia went exactly to plan, not quite what I was expecting after the events of New York.

I decided to head Downtown to grab on of the famous Philly Cheesesteak Sandwiches for lunch.  It quickly became apparent that Philly is not surviving the economic downtown as well as New York.

The first big hint of the economic issues, and this is a first for me, is watching someone being arrested (by three police, handcuffs & the works) for not paying for lunch.  This wasn’t in a low down area, but in the middle of a reasonably fancy shopping mall.  I could overhear the conversation between the diner and the waitress, which went something like this…

Waitress: “Here’s your check”
Diner:  “But I’ve got no money”

Waitress: “Wadda ya mean you’ve got no money – you lost your wallet”
Diner:  “Nope – I didn’t have no money when I came in, but wanted something to eat”

Waitress: “How you gonna pay then?”
Diner:  “Whatever”

Waitress: “Are you crazy?”
Diner:  “Whatever”

Waitress: “You wanna spend the night in jail”
Diner:  “Whatever”

First a security guard arrives, then a lone policeman, then about 2 minutes later two more arrive and hand over the handcuffs.  A long conversation went on with the police (much like the theme of the one above, so I won’t repeat it again), then off they went, with hardened dinner stealer in tow. 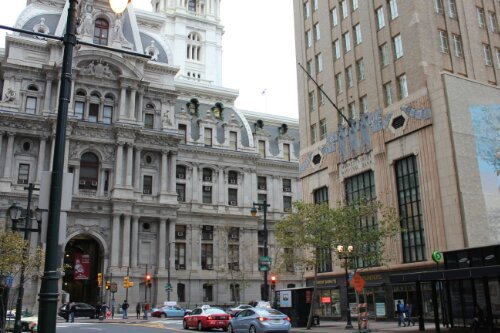 A visit to Kings College, London