Today we finally got our lazy day. Matt and I headed down to the local supermarket to stock up on breakfast to kick start the day. It gave us the energy to laze around some more – our excuse was the rain and a need to catch up on things like washing and blogs. It was well after midday by the time we ventured out in search of some lunch. We puddled back down to Hondori Street and ate at a chain café. The kids got the closest thing they have seen to a meat pie, except it was eaten cold.

Next stop was Uniqlo, this time to stock Matt up on some new clothes. Shopping is never his strong point (unless it’s technology, I wonder where he gets that from!) and he was not impressed by the Mr Men, Mickey Mouse and Toy Story men’s ranges. Fashions for guys are definitely different from home! We eventually emerged with a few items – none of them from the above mentioned ranges. Being a Japanese brand, Uniqlo sizing is on the small side – a real bonus for teenagers who can fit the entire adults range.

We made one last shopping stop at the 8 storey Daiso store, then headed back to the Peace Park area. En route we stopped by the hypocentre of the bomb, which is strangely hidden down a small back street and just marked by a plaque. Then we checked out the nearby A-Bomb Dome, the only building that remains from before the bomb was dropped. It’s a twisted sad mess and a stark reminder of what happened here. 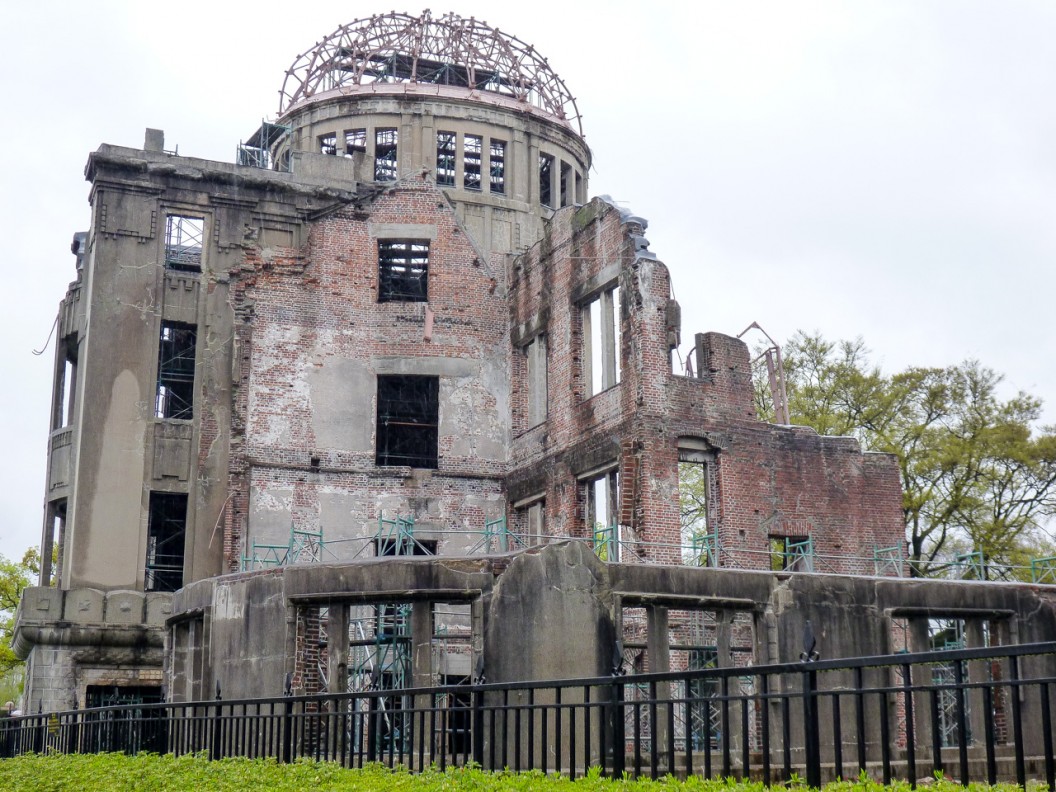 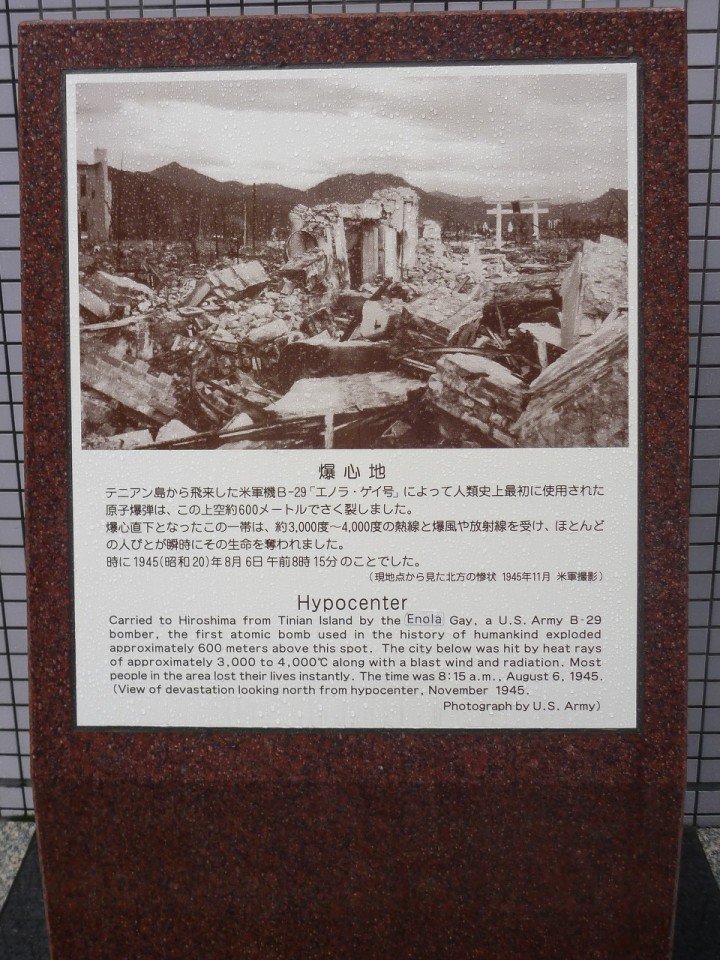 The Peace park definitely felt more depressing in the rain as we walked down to the Peace Museum. Part of the museum was under refurbishment, but the main part was still open. The displays were pretty graphic, with lots of photos and items that were damaged by the bomb. It was really interesting learning more about it, but the personal stories were heartbreaking. The museum was packed but incredibly quiet. We were glad that we had visited, but also quite happy to leave. 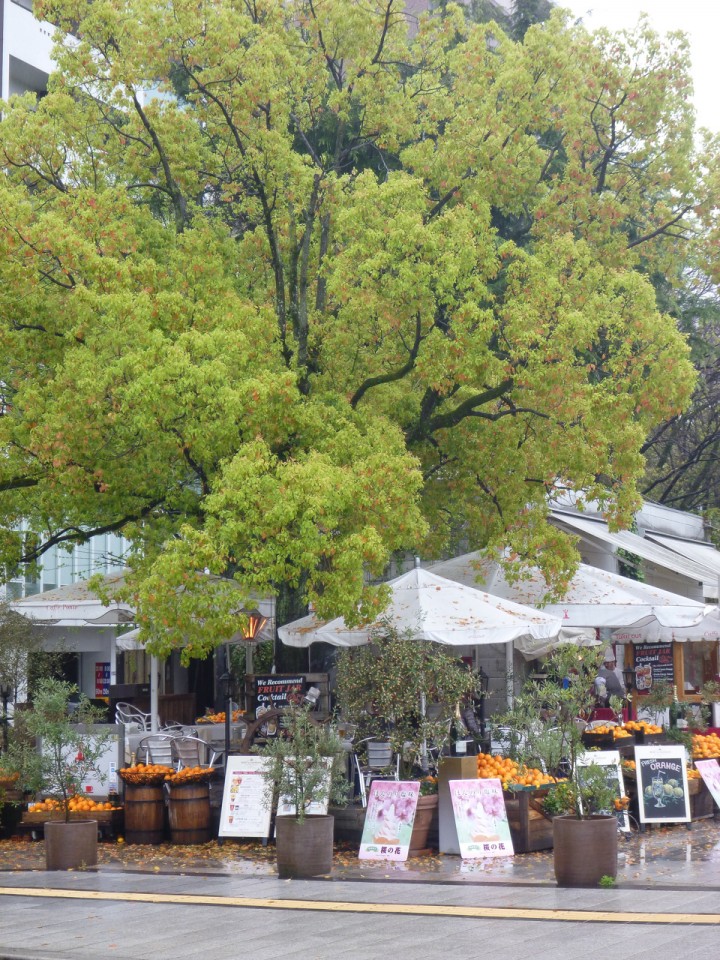 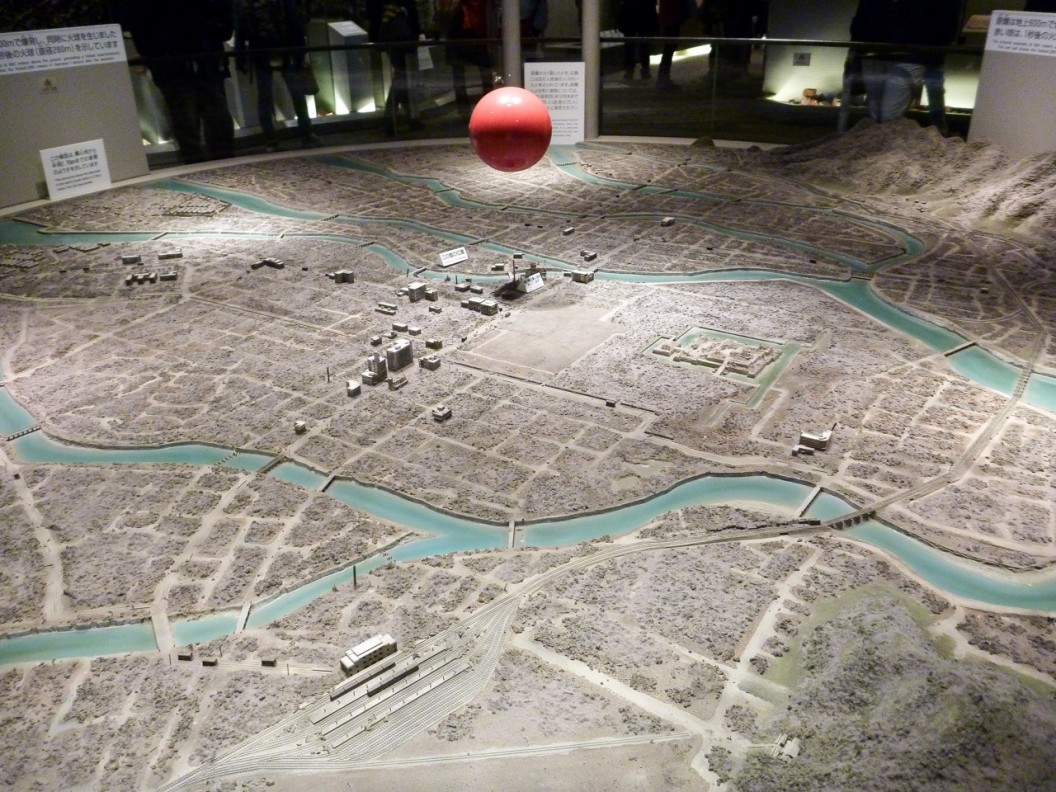 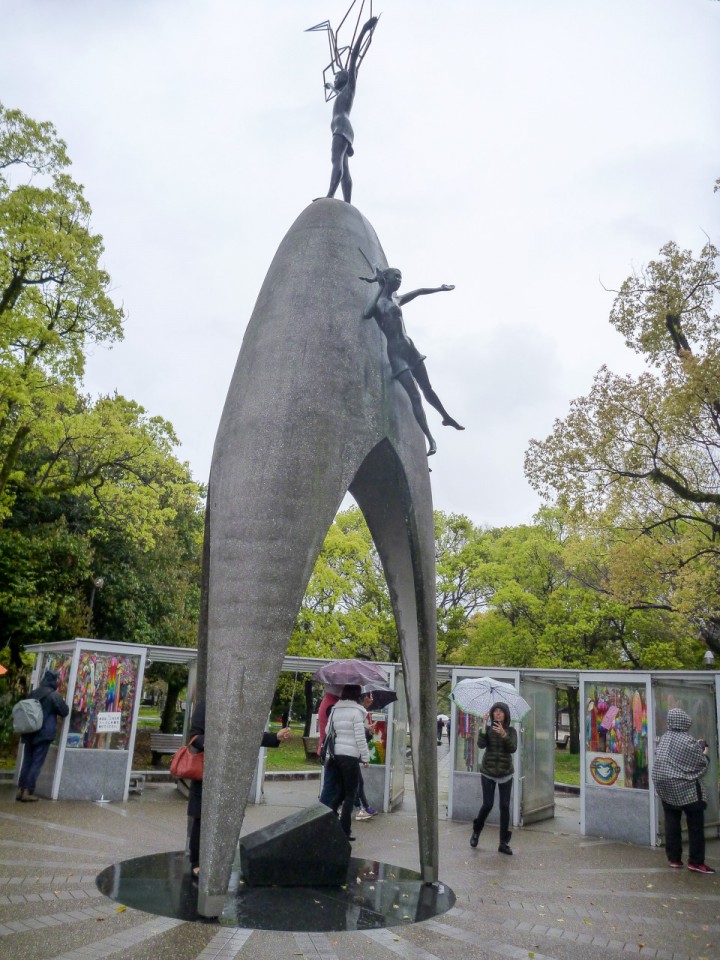 The kids had a craving for Italian, so we tasked Matt with googling a dinner destination. It was still raining so we jumped in a taxi rather than walking in the rain. The target restaurant looked OK, but there was a more enticing menu on display on the opposite side of the street so we headed inside. We ordered our drinks then started to decipher the menu with google translate. It wasn’t looking much like the one we had seen outside so we asked the waiter about pizza. It turned out we were in a different place – the menu we read outside was for another restaurant downstairs. It’s a bit hard to say what you want to with the language barrier, but we did our best to convey our apologies and made a hasty exit. We felt really sorry for the waiter as his restaurant was pretty empty and the downstairs one was packed.

It was well worth changing, as we enjoyed one of the best meals we have had in Japan. We got put at the back in the Japanese style seating, but we weren’t on the ground. It was shoes off and Tatami mats, but the seats were far enough off the ground to be really comfortable. There’s something really relaxing and welcoming about taking your shoes off for dinner. The menu was a real mixture so we ordered a few things to try along with a couple of pizzas for the kids. The yams in pink sauce got a big thumbs down, but the rest was divine. The home made bacon was amazing and the BBQ meats and veggies were delicious. The kids pizzas seemed to get forgotten and took well over an hour to arrive. Andy stayed behind with the kids while I checked some nearby shops, and the people at to the next table got chatting to them. They were very excited about meeting some kiwis and insisted on photos for facebook. Andy now has his first Japanese facebook friend! 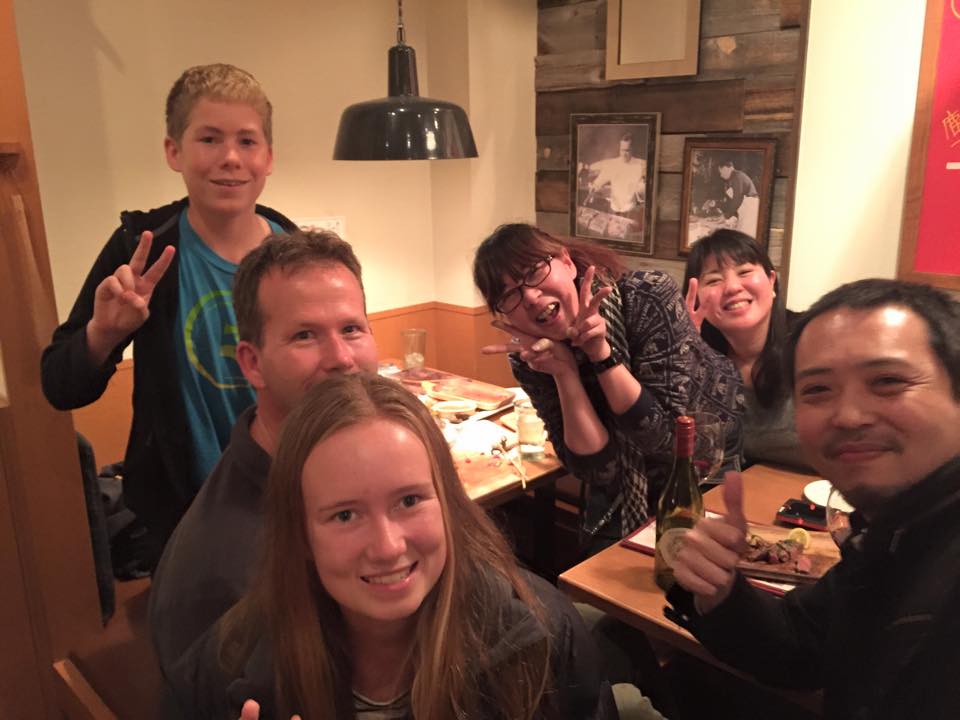 Tomorrow we are on the move again. We are very excited to be visiting the Sasaki family in Himeji and the kids will be staying with them over the weekend. The train we will catch tomorrow has no reserved seats left so we are taking our chances in an unreserved car. We will see how that goes with our ever expanding bags.

A Taste of Royalty